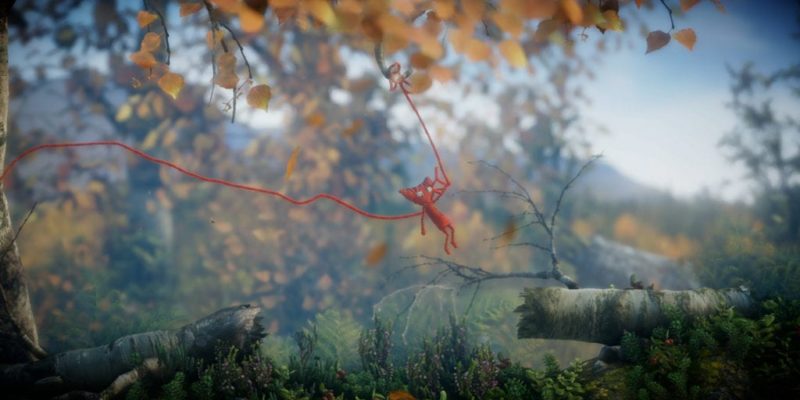 It’s not all FIFAs and Star Wars at the EA conference; there was also room for an indie puzzle-platformer called Unravel. Created by the Swedish-based Coldwood studio, it features a small, adorable little chap made of yarn.

As you can imagine, this yarn man (Yarny) needs to use his thread-like bodily functions to overcome obstacles and progress through his journey. The chap on stage said the yarn left behind by Yarny “represents love,” and the way we leave little trails through people’s lives … or something like that.

I’m prepared to believe in the intent, since the fellow from Coldwood who presented the game was visibly shaking with nerves as he talked about having the idea for the game on a camping trip. It was all pretty cynicism-free.

Practically speaking, Unravel has physics-based gameplay where you’ll need to use your yarn to swing across gaps, or perhaps figure out a more complex route involving tying string-paths. It seems like Yarny drops yarn behind him wherever he goes, so finding the correct sequence of progression might be key as well.

The trailer is below, and the official site for Unravel can be found here. A PC version is planned, but there’s no release date as yet.

The Walking Dead’s Michonne Gets A Mini-Series