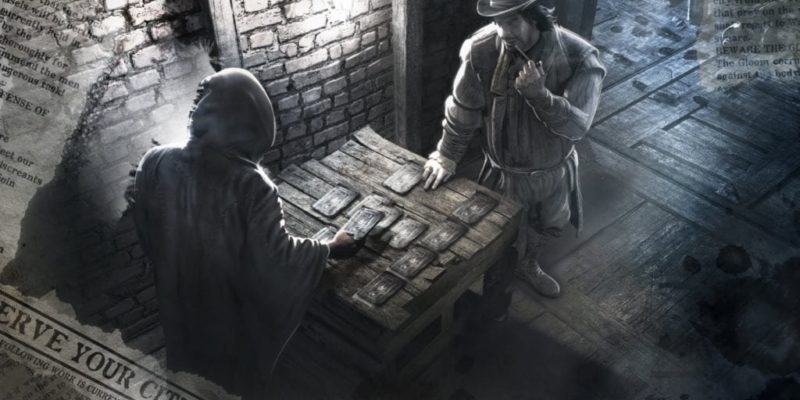 Something something … legacy … pissing on … you figure this out.

I don’t know, Thief. I just don’t know. You seem so eager to please, with your little references to guys from the original series (this new ‘Stories from the City’ trailer is narrated by a new version of Basso the Boxman) and a clunky attempt to acknowledge its unique linguistic quirks (Garrett is now known as “Taffer” to some, which means his nickname is a term of abuse.) But … it’s not quite working, is it?

This little vignette is pitched somewhere between the mission briefings of Thief and Thief 2, and the promotional campaign from Dishonored. Except lacking the nuance and writing of the former, or the mystique of the latter. Basso is now a gruff geezer who pisses up walls, and Garrett is an emo jerk who lives in a clocktower. It’s … weird.

Thief is due next February. If nothing else, it’ll be an interesting game to review.