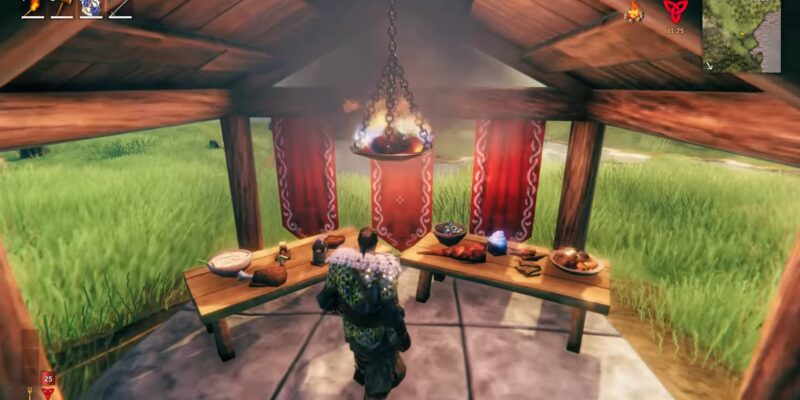 It’s Monday, so that means we have another spotlight video for Valheim‘s Hearth & Home update. Today’s video is all about the stuff going into your mouth and, well, coming out of it. The Hearth & Home spotlight covers new food ingredients, cooking items, and barfing. Yes, barfing. The update will come with something called “bukeberries,” and eating them turns your character into a walking spew fountain. Man, this update is looking superb.

First off, let’s go over the meat of this video — that being meat. Raw meat is now getting split into “three new variants.” Instead of only having the ‘raw meat’ item taken from slain animals, you get options based on your chosen prey. Deer, wolf, and boar will drop raw meat specifically named after the animal (i.e., ‘Deer meat’ and ‘Cooked deer meat’). The cooked variants of the meat also offer different health and stamina gains. For example, Cooked deer meat offers 35 points of health and 7 stamina, and heals two hit points per tick for 20 minutes.

There won’t be many new vegetable options for cooking in Hearth & Home. The video does mention that the update will have onions, which can be grown and harvested from gardens. Onions are a new cooking ingredient, and, combined with the aforementioned cooked meat, will unlock new recipes. The video doesn’t go over any new recipes, however.

I don’t feel too well

Your kitchen is getting a major overhaul in Hearth & Home with some new cooking items and equipment. Much like with your crafting station, you’ll be able to construct items that improve and expand your cooking options. Some of these new items include pots and pans, as well as a spice rack. The new cooking equipment will need to be placed close to a cauldron. There will also be a stone oven, in which you need to bake your pies and bread.

Finally, the bukeberries. I know you were excited, so I saved the best for last. Indeed, Valheim – Hearth & Home will let you eat some berries to barf out any food you have eaten. The reason for this is to allow you to remove recently eaten food quickly and grossly. So, if you want to move from stamina food to health, then you won’t have to wait for digestion to end. Just nosh on some bukeberries and let it rip. Bonus points are awarded for aiming at allies (not really, but you already know you’re going to do it).

Last week, Valheim – Hearth & Home got confirmed for a September 16 release date. The next spotlight video covers changes to weapons. 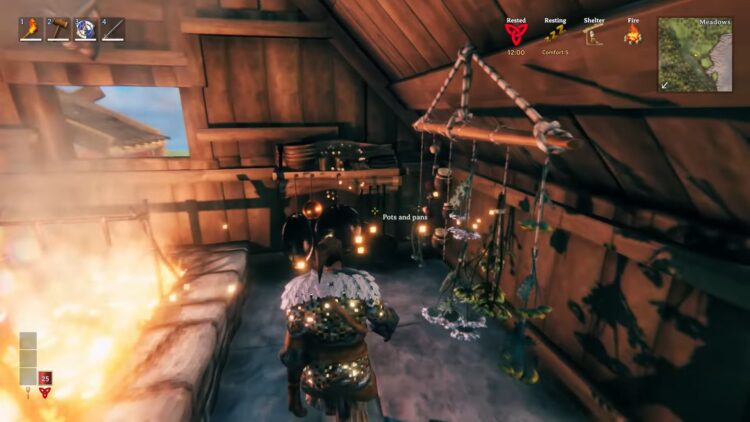 Pots and pans and a spice rack can be built to expand cooking options.

Unsupported Windows 11 PCs will not have access to updates

Quirky shooter Clid the Snail to release on PC late 2021