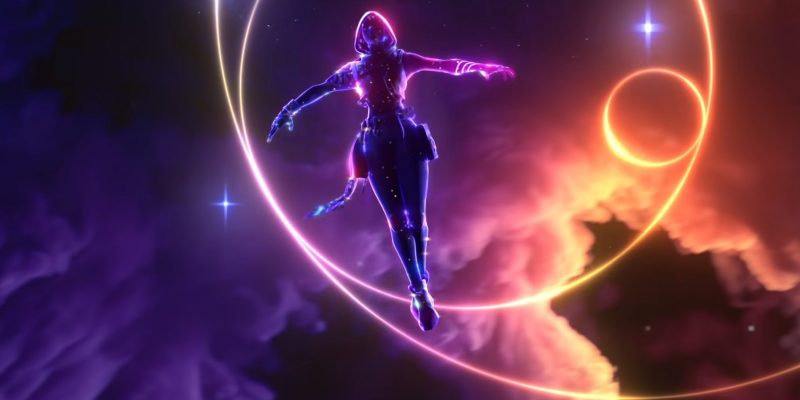 Valorant patch 2.04 is one I’ve been looking forward to since Riot Games revealed its intent to make considerable improvements to deal with negative behavior. But that’s just one aspect of this substantial patch. The full patch notes for 2.04 reveal that there’s a lot more good stuff coming to Valorant with Episode 2 Act II.

If you’d like to see her abilities in action, you can check them out here. You can also head over to the Valorant website to get the details on how each ability works.

Some surprise additions to Valorant in patch 2.04 relate to improvements for the game’s Tactical Voice Over. This is the information the agents relay for you when you ping things in-game. The big change is that the voice-over lines will now provide more context.

Each map has been divided into “Super Regions.” These will determine the context agents deliver through Tactical Voice Over callouts. 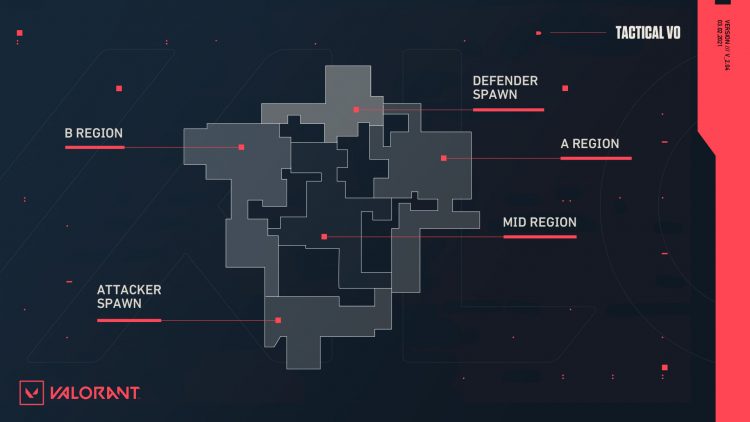 The final Tactical Voice Over update allows you to see the callouts in your chat window. You may toggle this option on or off in Accessibility options. The written version of the callouts will also tell you which agent gained the intel, to help you piece together information from around the map more rapidly.

The beginning of a new Act also means the start of a new competitive season. This time around, if you’ve already been ranked in Valorant, you will only need to play one placement game to see your rank. Plus, your rank will no longer be lowered at the start of an Act. If you have yet to place in ranked for Episode 2, you will need to play five Competitive matches to receive your rank. 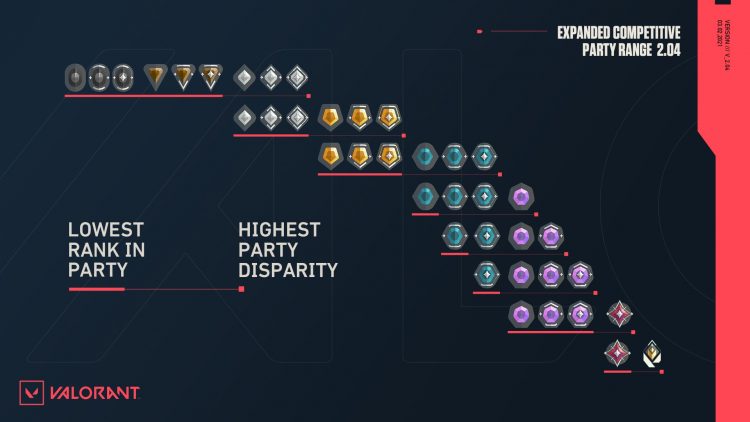 The other big news for Competitive Matchmaking is that players at lower ranks can now queue with a wider range of ranked players. You can see the spread in the image above.

The last notable change with Valorant patch 2.04 is that ranks will only be displayed after the game. This is a change meant to prevent players from acting out against one another based on their ranks and relative performance. It’s a good change in my opinion.