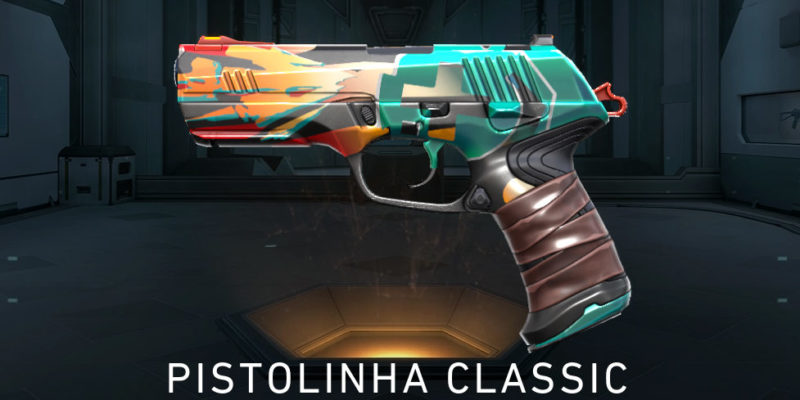 If you’ve been following the progress of Valorant, you would have seen the recent release of the Elderflame weapon skins. They’re the first Ultra Edition cosmetics in the game and each weapon skin will set you back a whopping 2,475 Valorant Points – roughly $25. I don’t know about you, but I’m not paying that amount for pixels. Thankfully, you can unlock a ton of agent weapon skins without having to pay a cent, let alone a dollar.

After you complete the introductory contract, which lets you unlock two more agents fairly easily, you will be able to access agent contracts. These contracts are specific to Valorant agents and, when equipped, will allow you to unlock a range of cosmetics.

Each agent contract has two Chapters. Chapter one has some basic cosmetics, like sprays, and ends with you unlocking the agent on tier five. If you’re anything like me, then all you’ve been doing up until now is leveling agent contracts to tier five to unlock as many characters as possible – I like variety. So, you might not have seen the rewards waiting for you down the line.

If you want to unlock the free Valorant agent weapon skins, then Chapter two of the agent contracts is what you want to be working on. The tier 10 unlocks for the contracts are agent-specific weapon skins. And a lot of them are superb looking cosmetics. 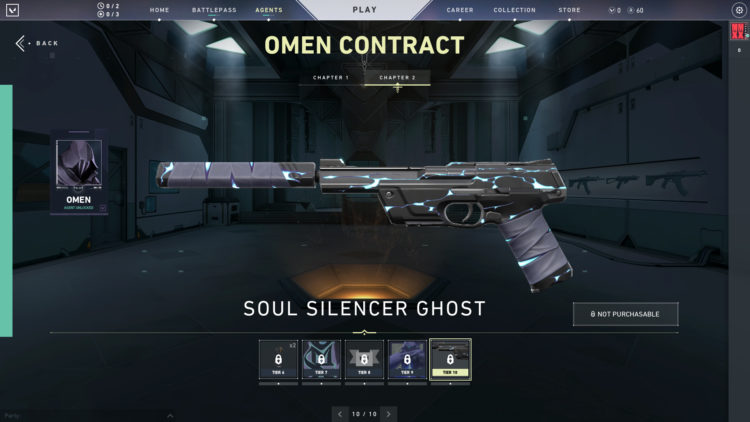 Omen’s Soul Silencer Ghost skin is one of my favorite in the game.

Here’s the one catch to these free skins, the amount of XP required to unlock them is immense. Leveling from tier six to the end of tier 10 takes 625,000 XP. And unlike Chapter one, Chapter two tiers cannot be purchased. But that’s okay, we’re after free cosmetics after all.

Valorant’s missions are your bread and butter when it comes to progressing through agent contracts as quickly as possible. Daily missions will mostly earn you 2,000 XP each and you get two per day. But you really want to be focusing on weekly missions. They can earn you upwards of 10,000 XP each, so make sure you’re completing them every week. 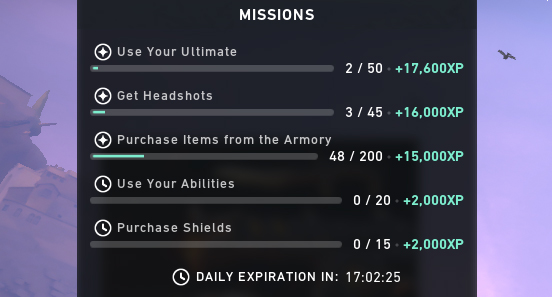 Here’s an example of daily and weekly missions available in Valorant.

One solid play session should be enough to complete most Valorant weekly missions. If you’re playing the game regularly, you won’t have a problem getting all the missions done. It may take a bit of time, but your wallet will thank you.