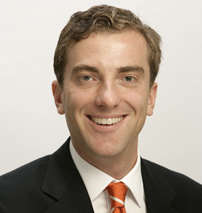 We already knew this was coming, but today it’s official: Mason Morfit, president of ValueAct, has joined Microsoft’s Board of Directors.

This is the same ValueAct which leveraged its share in Microsoft to push for management changes in the company, and got them. They’re the reason Ballmer is out as CEO, to be replaced by Natya Sadella. This shakeup also saw Bill Gates (willingly in my estimation) ramp down his role into Sadella’s technical advisor, and Stephen Elop come up as head of Devices.

Should Xbox fans be alarmed by Morfit’s entry? I think so. Even if Spencer swears by Sadella’s and Elop’s commitment to Microsoft, we still don’t know enough about Morfit, aside from insider rumors that the impetus to sell is coming from his company.

The Witcher 3 delayed to February 2015