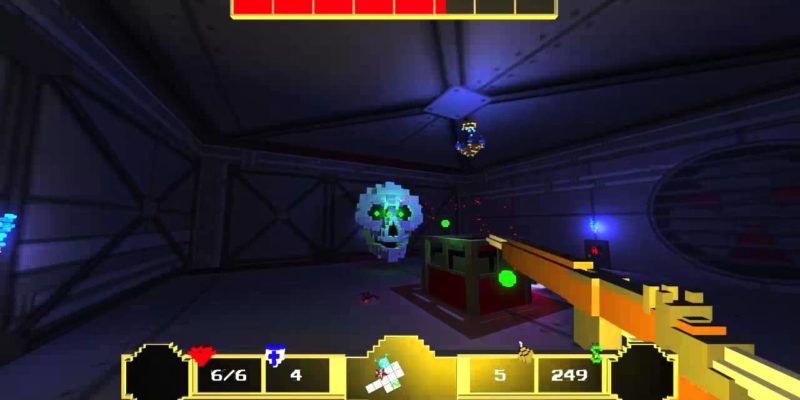 Valve have an image of playing fair and supporting the indie development community, but let’s not forget they always have their business hats on when it comes to making money. Indie developer Code Averice who are working on Paranautical Activity have fallen foul of the Greenlight system due to a publishing deal that surfaced after they created a Greenlight page.

After starting a Greenlight page many months ago, they were contacted by Adult Swim who agreed to publish Paranautical Activity which would mean they could bypass the whole Greenlight voting system.

According Code Averice’s Mike Maulbeck who spoke in an interview about their situation, when Adult Swim talked to Valve about placing Paranautical Activity on Steam, Valve said that it could not be added even though they now had a publisher because the Greenlight page had already been set up.

By taking on Adult Swim as the publisher, Code Averice would lose a percentage of all sales, which they were prepared to do. Now that Valve has blocked the game being added to Steam directly via a publishing deal, Code Averice will have to go through the Greenlight system and Adult Swim can not publish it on Steam without it being Greenlit.

Code Averice’s Mike Maulbeck commented “I think the indie community is being ignored, even in the PC area because Steam has such a hold on it. The service that is supposed to get us on to Steam, is the only thing stopping us getting on to Steam. It’s the most mind blowing thing.”

Valve’s Doug Lombardi sent out an email to explain their position in this case commenting: “We review Greenlight votes, reviews, and a variety of factors in the Greenlight process. However our message to indies regarding publishers is do it for your own reasons, but do not split your royalties with a publisher expecting an automatic ‘Yes’ on Greenlight.”

If you look at the situation from an indie developer’s point of view. If you were approached by a publisher and thought it was beneficial to split revenue to get more support for your game, you would likely do it. Especially if it was your first title and there was a guarantee that your game could be distributed on Steam without having to jump through any Greenlight hoops.

The Greenlight system has been criticised in recent months for making it hard for indie developers to get their games on Steam, even Valve’s Game Newell admits the system is by no means perfect as he recently commented: “I don’t think we did a super good job. We have a bunch of work to do.”

You can listen to the whole interview with Code Averice below, and why not go give them a vote up on Greenlight to show some support.

By Jason Rodriguez59 mins ago
News