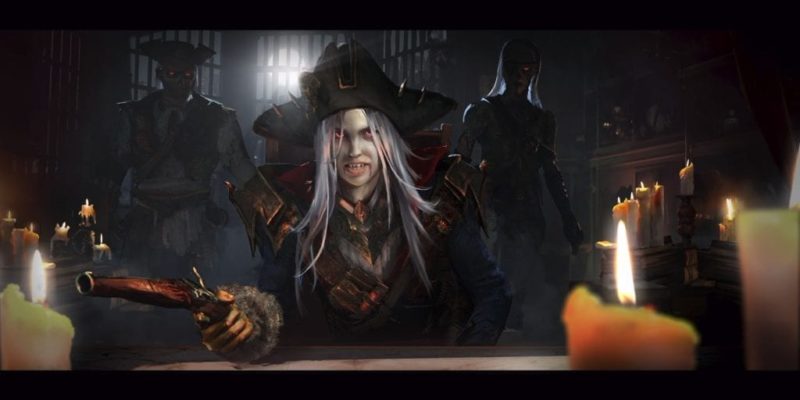 The sun has set, the moon has risenm and the tide brings forth the smell of death and decay. That’s because Total War: Warhammer 2’s Curse of the Vampire Coast DLC is now available. Joining the mortal and not-so-mortal races of the Warhammer world are four new Legendary Lords — vampiric pirates sailing for new lands in search of blood and plunder. Along with this DLC, we’ll also have the free Aye-Aye Patch that adds some tweaks to the Vampire Counts faction as well as a fifth Legendary Lord, Lokhir Fellheart.

Lords Of The Deeps 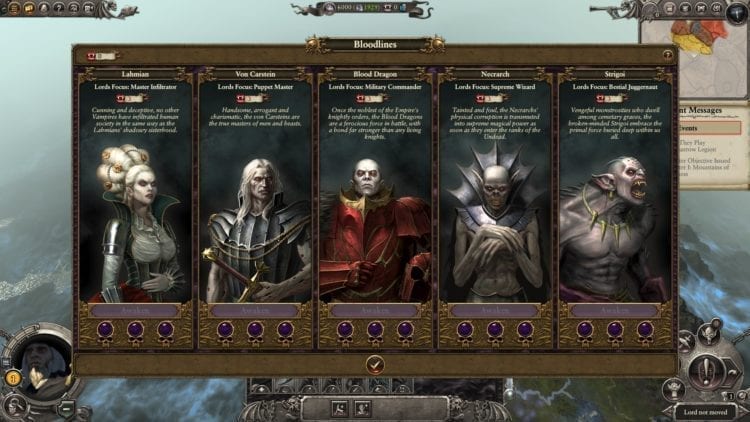 Coinciding with the release of the Curse of the Vampire Coast DLC, Creative Assembly also provided the free Aye-Aye patch. This update tweaks the Vampire Counts in Mortal Empires to have the Bloodlines mechanic. Expanding in the game will allow Vampire Counts players to choose from the five main Vampiric Bloodlines in Warhammer Fantasy Battles. 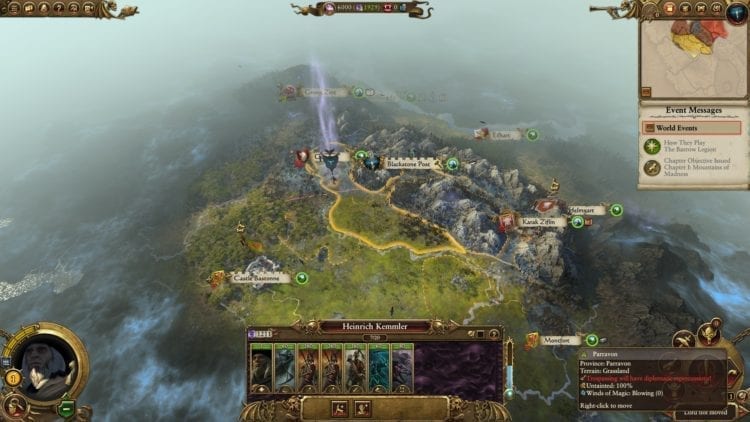 Also, as you can see above, the necromancer Heinrich Kemmler also has a brand new starting point. He’s now smack dab in Bretonnia which is perfect for lore enthusiasts. Those familiar with the Warhammer Fantasy Battles fluff know that Kemmler and the wight, Krell, terrorized Bretonnia in their attempts to defile La Maisontaal Abbey.

We’ll also see a couple of new battle maps: Islands and Black Arks. The former can occur when two armies face off in the high seas. The latter, meanwhile, occurs when you attack a Dark Elven Black Ark. This makes for some spectacular visual presentation. 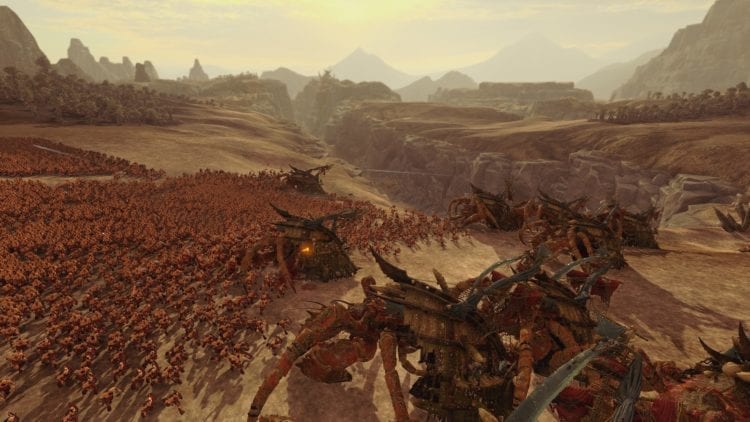 You can grab the Curse of the Vampire Coast DLC via the Steam store. Start sending in those gigantic crabs which we affectionately call the “crabalry” and establish your pirate coves around the world. Once you’ve dominated your opponents and gained enough Infamy, you’ll eventually be able to partake in the final battle for your chosen pirate lord. We think it might just be one of the most stupendously exhilarating battles in the Total War: Warhammer series.

Even if you don’t plan on grabbing the Curse of the Vampire Coast DLC yet, don’t forget to update your game. That way, you’ll gain access to the free Aye-Aye patch. You’ll get to play as Lokhir Fellheart or check out the changes to the Vampire Counts playstyle. You can also check out all the changes included in the patch notes here.

Destiny 2: Forsaken – Another Week Of Waiting For The Thunderlord