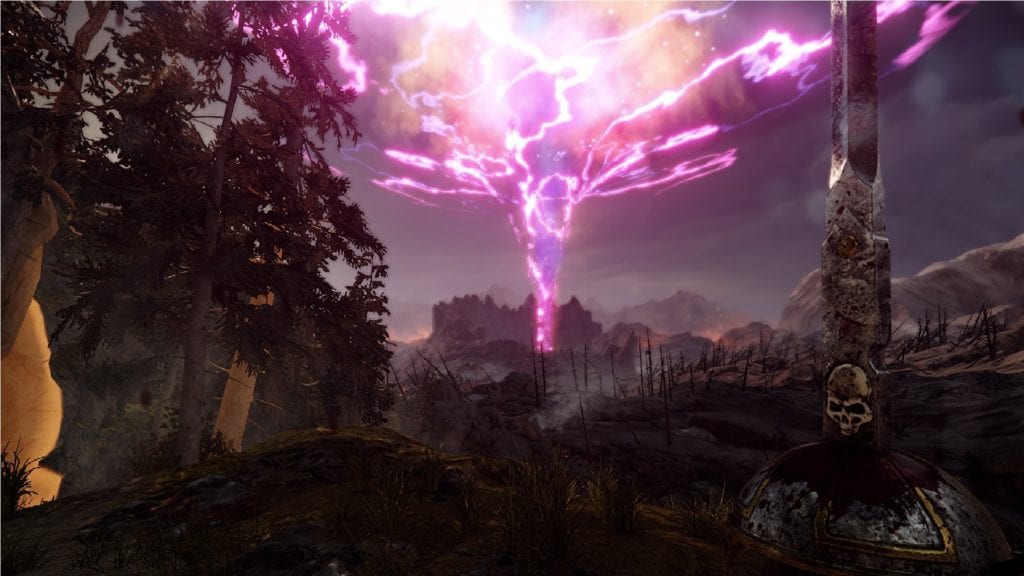 Warhammer: Vermintide 2 – Winds of Magic has officially launched. Your heroes might be facing off against the Beastmen, but you’ll also have to explore your new surroundings. The expansion’s sole new mission, “Dark Omens,” will have you trekking through forests and caverns. Maybe you’ll find a couple of tomes and grimoires while you’re at it. This mini-guide will help you along the way.

The first tome you’ll find in the Dark Omens mission is actually at the start of the map. After you drop down, just make a left and follow the curving pathway. You’ll eventually see another rock formation, so just go ahead and jump across the gap. The tome is right in the middle of some shrubbery. After you’ve killed the Beastmen that have ambushed you, make your way to the next area and keep to the right. You’ll find a cave thereabouts. There’s a section of this cave that’s barricaded by a wooden wall. The only way to destroy it is by using exploding barrels (flammable barrels won’t work). You might find one inside the cave. Otherwise, you’ll have to look around the area and bring it to that location. Eventually, you’ll reach the cliffside. Far across the distance, you’ll see the Herdstone (the main objective in the Dark Omens map in Warhammer: Vermintide 2 – Winds of Magic‘s sole mission). The winding path is fairly straightforward, so just keep making your way until you reach a clearing. Look to the left, and you’ll spot a tree next to two conspicuous-looking rocks. This hidden nook is where you’ll find the second tome. 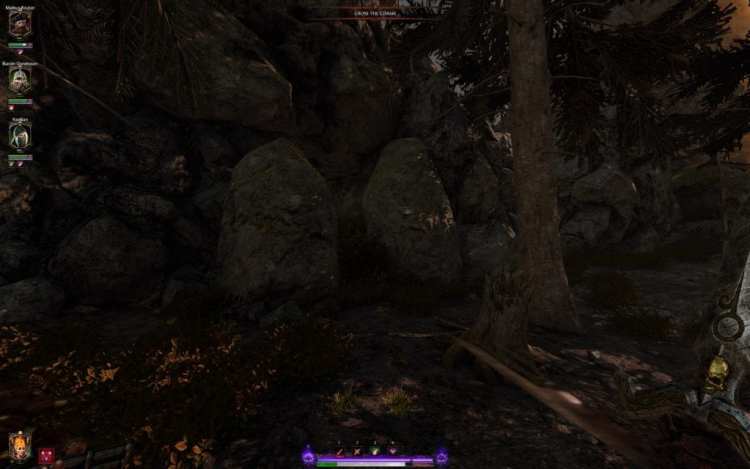 Past the cliffside area, you’ll find yourself at a wide open battleground. This once pristine forest is now burning, and Beastmen are rampaging all over the place. Follow the pathway until you reach the slope. You’ll see a ruined house in the distance. Jump on the rock formations to reach that ruined house. Then, look past it and you’ll see another ruined house. Head over there, as inside that house is the second grimoire. 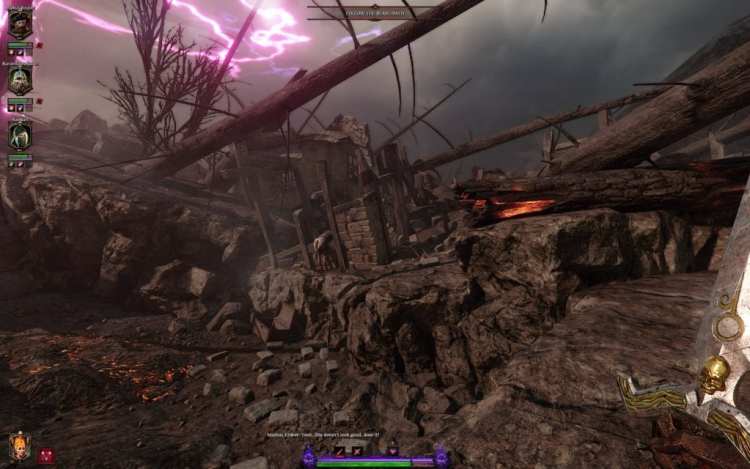 The third and final tome in the Dark Omens mission can be found past the caverns (after you crossed the fallen tree bridge). It’s near this spot: Keep right and follow the steps that lead you upwards. Once you get up top, look down and you’ll spot the tome on a ledge that’s jutting off the rock formation. There you have it. These are all the tomes and grimoires in the Dark Omens mission. Stay tuned for our Warhammer: Vermintide 2 – Winds of Magic official review, which will be coming out soon.

By Matt Henzel14 hours ago
Guides