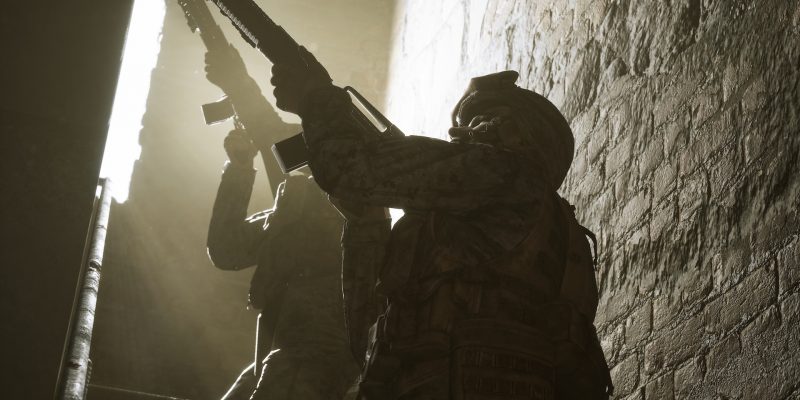 I am of the stark belief that games, all games, are inherently political. They are works of art, and any art is influenced by its creators and the environment in which they live. That includes the political environment they exist in. Naturally, games based on wars, fictional or otherwise, are also political. One side ends up as the “good guys,” with their ideology being the only right one. Six Days in Fallujah, which aims to take players through a full-scale siege of a city during the Iraq War, was an exception to this case according to its developer, Victura. However, it has apparently walked back those comments. According to a newly released statement from Victura, Six Days in Fallujah and the events represented therein are “inseparable from politics.”

The statement, issued via Twitter, explains how the game will tackle its “variety of perspectives.” Stories told in Six Days in Fallujah will be from the perspectives of multiple Marines, soldiers, and civilians. According to Victura, “26 Iraqi civilians and dozens of service members have shared the most difficult moments of their lives with us, so we can share them with you, in their words.”

Victura has also clarified exactly what kind of content players can expect in Six Days in Fallujah. Apparently, the game’s documentary segments will “discuss many tough topics, including the events and political decisions that led to the Fallujah battles as well as their aftermath.” The game will also discuss the use of white phosphorus, a chemical weapon, during the siege.

A stark change in pace

This messaging is a proper u-turn from Victura’s previous statements. On February 15, Peter Tamte, who heads Victura, said in an interview with Polygon that Six Days in Fallujah would not deal in politics. “We’re not trying to make a political commentary about whether or not the war itself was a good or a bad idea,” Tamte said.

We understand the events recreated in Six Days in Fallujah are inseparable from politics. pic.twitter.com/N7nkPilp1Q

In the same interview, Tamte issues another stance that has radically changed, one regarding the depiction of white phosphorus. Previously, Tamte stated that the game would not include white phosphorus because “it’s not a part of the stories that these guys told us, so I don’t have an authentic, factual basis on which to tell that.”

By Jake Su29 mins ago
Industry