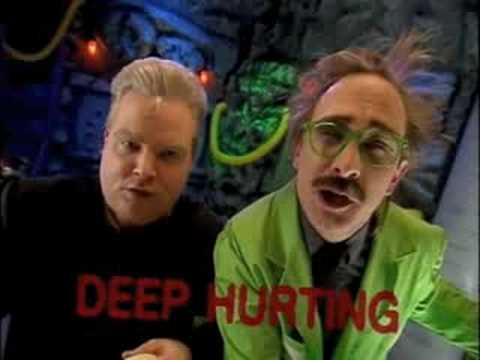 This review contains at least one honking great spoiler for The Walking Dead Season 1. If you don’t want to see that, stop reading. I’ll be avoiding descriptions of specific events in Season 2, but may still touch on aspects of this first episode that you would rather not know. Okay, that’s the end of the warning!

The big problem with the episodic format is that it’s difficult to offer a definitive critique that will stand up to the release of the rest of the series. Episode 1 of The Walking Dead’s second season is one fifth of the game, which, in any other circumstances, would make this article a preview. Telltale’s heavy focus on character and narrative makes this even more of an issue, as the full realisation of (say) the Lee/Clementine story arc was only possible to see in retrospect.

That explains why the individual episodes of the first Walking Dead season one received more cautious review scores in comparison to the full, five episode release. The game grew in stature as it progressed, but it was impossible to judge properly until it was complete.

Terrible things are happening and Clementine is afraid.

So, I have to look at All That Remains in more specific terms. How well does it continue The Walking Dead narrative that Telltale established with season one? Does it provide a compelling set-up for further episodes? And how does the change in protagonist from Lee to Clementine affect matters?

The glib answers to those questions would be “pretty well,” “mostly” and “in some interesting ways.” Telltale had a relative blank slate to work with in the first season, but this follow-up comes with certain expectations and baggage.

All That Remains is as much a post-script to season one as it is set-up for season two. Clementine’s remaining ties to the old group are cut, and she’s driven into a situation with a new, suspicious community. Between those two events, we also have some scenes where our heroine has to fend for herself. All of this is squeezed into an episode lasting just over an hour and a half.

It provides plenty of powerful, gut-battering moments, but leaves you with a sense that the rapid pace has been somewhat to the detriment of properly introducing a new cast.

Terrible things are happening and Clementine is upset.

That, of course, is something which will doubtless be rectified over the course of The Walking Dead’s forthcoming episodes. Nonetheless, All That Remains feels closer to a post-script running immediately into a prologue, rather than a self-contained episode.

Still, it’s one hell of a post-script/prologue combo. Few titles can compete with The Walking Dead when it comes to setting up and executing moments of stomach-sinking, eye-averting grimness. In this opening episode, the rare pieces of brevity must be snatched at and held dear, because the rest is unrelenting bleakness. Clementine is really put through the wringer, to the extent that I worry slightly where Telltale might opt to go if they feel the need to ramp up the deep hurting even further. For anybody wondering whether the developer would wimp out on the depictions of on-screen Clem-death for the various “game over” sequences, here is your answer: nope.

That should hopefully give you enough incentive to do your best in the usual quick-time, use-item-in-reach-A-on-zombie-body-part-B mini-games that constitute a fair amount of the player input in these titles. If anything, this season of The Walking Dead seems to be shying even further away from being anything approaching a point-and-click ‘puzzle’ game. There are set-ups that appear as though they could be from a traditional adventure puzzle (multiple objects in a single room with a clear objective) but they no longer require any major logistical reasoning.

Terrible things are happening and Clementine is steadfast.

Moments of player interaction now seem to work purely as beats of pacing; quieter periods, where you’re not having to make a quick dialogue choice or hoof it away from danger in quick-timey style. Those who abandoned The Walking Dead for its lack of wide-ranging player interaction will not be won back by anything in All That Remains.

Most, though, play Telltale’s series for its character conflicts, plot progression and dialogue choices, with only a side-order of occasional clicking on stuff. In All That Remains, an action that may once have been part of a puzzle instead becomes a chance for the player to choose and reflect on how “their” Clementine is coping with Lee’s death, or her present circumstance.

Perhaps the biggest success for this new season is the way in which it handles Clem’s move from strong supporting character and Lee’s moral compass, to the lead role itself. To say that not many videogames would even attempt to make a ten year old girl their protagonist, let alone do it well, is an understatement.

The Walking Dead takes a couple of liberties with Clem’s capabilities, but these can perhaps be justified by her exposure to the harsh realities of the game’s universe. In fact, the episode even makes a point of juxtaposing Clementine’s world-weary pragmatism with the naive, sheltered existence of another, older girl.

Terrible things are happening and Clementine is alarmed.

Clementine makes one particularly foolish (and unavoidable) mistake early in the episode that most will notice instantly, though it’s impossible to prevent. In that sense it’s frustrating, but it serves as a formative experience and reinforces the idea that Clem, not matter how smart and savvy she may be, is still a child.

During her lonelier moments, Telltale occasionally give Clementine one monologue too many (when looking at a photo of a happy family, for example, I’m not sure I need the line “they look like they were a happy family,”) but these missteps are rare and the majority of Clem’s lines hit the right sort of tone. Towards the latter parts of the episode, it’s possible to manipulate the adults with your youth in ways that would never have been open to Lee. Where once you may have been guarding your actions for fear of what Clementine might learn from you, now you’re deciding precisely how she’s putting those survival lessons into action.

I played through the first season of The Walking Dead on the 360, so it wasn’t possible for me to fully interpret what impact (if any) the choices I’d made there were having on this episode. It was a little annoying, actually, not to be able to simply tell the game which choices I’d made before (rather like the comic book opening in Mass Effect 2.) Instead, those options were randomised.

A couple of incidents were raised through conversation, but it didn’t appear to extend much further than that.

While we’re on the subject, people are still reporting issues with season two being unable to detect a saved game from season one (or the 400 Days DLC.) This technical issue has plagued the PC version of the game since it was launched, and it would be outrageous if the very same bug remains in the code of season two.

Telltale had further technical problems delivering the game to those who’d purchased it directly through the company site. Unnecessary DRM, while not on the scale of the SimCity debacle, prevented people who owned the game from actually being able to play it. Meanwhile, the Steam version was working as intended. The lack of support during this incident, and particularly the unresolved saved game issues from season one, do not reflect well on the developer.

All That Remains shows that The Walking Dead can survive the departure from Telltale of lead writer Sean Vanaman and co-lead developer Jake Rodkin. It’s a confident release that uses the expectations established by season one to peer at the zombie apocalypse through a younger pair of eyes. The running time of 90 minutes is too brief to do justice to the attempted arc of post-script to prologue to full introduction, but while new cast members are too lightly sketched at present, Clementine herself is skillfully established in the lead role. That achievement, alongside some significant moments of poignancy, mean this first episode is an uneven but broadly successful opener.