IT HAS COME TO MY ATTENTION THAT BRITISH ACTOR AND PROFESSIONAL LOUD PERSON BRIAN BLESSED WILL SOON BE AVAILABLE AS VOICE-OVER DLC FOR PARADOX’S WAR OF THE ROSES.

Yes, Vultan fans, Brian Blessed will soon be available to narrate your matches. Paradox isn’t saying when, or how much it’ll cost (it will have a cost) but it is certainly a thing that will exist.

If that doesn’t interest you, perhaps news of a trial version of the game will. From 6 February War of the Roses will be free to download and play, with full access to any online battle. However, all unlocks will remain locked, so you’ll have to make do with the base weapons and classes.

Could there really be more War of the Roses information in the same news post? Yes there could. A ‘Kingmaker’ edition that includes “all the top-notch weapons, armor, and perks that have been released since the title’s inception in October 2012” is due in the next month or two. This edition will also introduce ‘Assault and Assault Castle’ modes to the game (whether all players will have access to these modes isn’t entirely clear.)

Finally, for all the budding Robin Hoods out there, an “outside the law” update will be applied to the game for free in the coming weeks. It’ll add a deep forest map, along with some appropriate armour pieces.

By Kevin Carignan7 hours ago
Industry

By Otto Kratky12 hours ago
Hardware

Mystery alpha: War of the Roses devs open sign-ups for next project 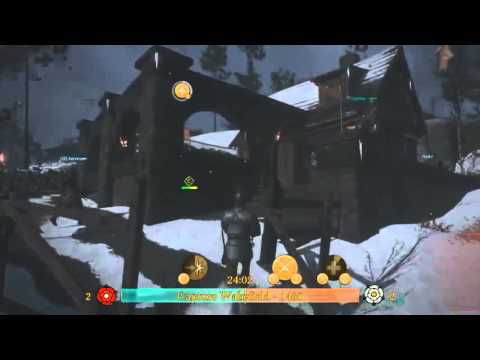 War of the Roses livestream highlights hint at forthcoming changes

Invoke the Virgin Mary in War of the Roses' next update

War of the Roses to add "pitched battle" mode this week

War of the Roses cultivates some new contents

Paradox's Game of Dwarves, War of the Roses coming next month

Sterling archers: War of the Roses shows its range [Video]

War of the Roses mounts up for E3 [Video]