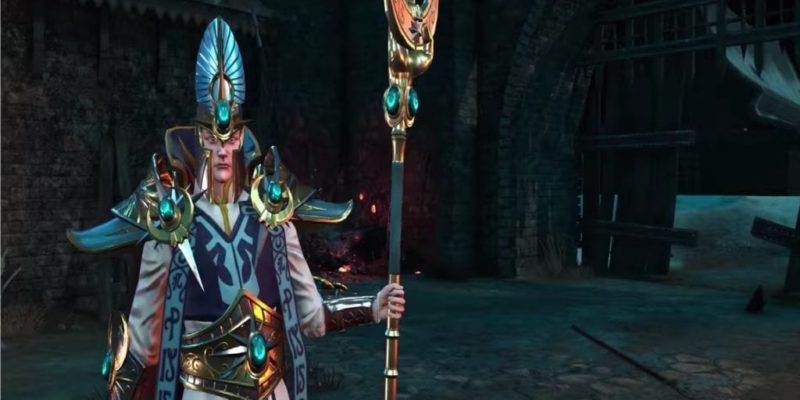 If you’ve checked out our most anticipated games of 2019, then you’ve probably seen my picks for this year. One of those happens to be Warhammer: Chaosbane. The action roleplaying game (ARPG) from Eko Software (makers of How To Survive) and Bigben Interactive is set in the Warhammer Fantasy Battles universe. As one of four hero classes, you’re tasked to defend the Empire against the encroaching tide of Chaos led by the (old) Everchosen, Asavar Kul. It looks like we only have a few months to wait. That’s because Warhammer: Chaosbane will be releasing on June 4. There are already pre-order goodies available. Check out the trailer below:

Warhammer: Chaosbane features four classes — an Empire Soldier, a Wood Elf Waywatcher, a High Elf Mage, and a Dwarf Slayer — each with their own unique skills, equipment, and playstyle. It will also have co-op play, multiple difficulty levels, and a boss rush mode alongside the regular ARPG story campaign.

A number of ARPG fans would, obviously, find comparisons between Warhammer: Chaosbane and those that came before it. How will an ARPG set in the Warhammer world set itself apart, if that’s the case? One could also consider the tepid reception received by another Warhammer title from the same genre, Inquisitor: Martyr. So the onus is on Eko Games to deliver in that regard.

I do feel that a reason why I’m looking forward to it is that I’ve seen a number of titles set in the Warhammer Fantasy Battles universe that have set themselves apart: Vermintide 2 and Total War: Warhammer come to mind. So yes, there’s that feeling of excitement and trepidation.

If you are, however, already set on picking it up, then you might want to know that the first beta will begin sometime around March. A second beta will also start in April. Beta access will also be available for those who pre-order. 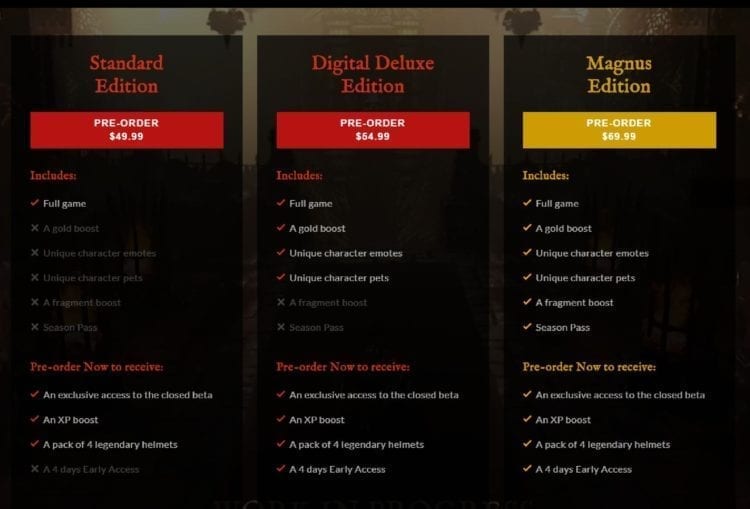 Based on the game’s official website, there are a number of bonuses you’ll get — from XP and gold boosts to character pets and emotes — just by pre-ordering different editions. The Magnus Edition is $69.99 and already includes all the other bonuses as well as the season pass. Surprisingly, the editions aren’t listed on the Steam store page yet, but that could get updated soon.

Again, that’s probably the trepidation on my part. We’ve yet to know just how much campaign progression will be impacted given the existence of XP and gold boosts. Will it be too grindy? Or will it be more than manageable even without those aforementioned boosts?

That remains to be seen the closer we get to Warhammer: Chaosbane’s June 4 release date as well as the preceding betas. We’ll let you know of more developments soon.

Update: I was able to reach out to the Warhammer: Chaosbane team to ask regarding these boosters. According to the team:

They’re small boosts that permeate throughout the gameplay experience. It makes it a little shorter to reach max rank, or amass certain crafting items, but isn’t necessary to reach that level of performance.

Looks like progression might still be manageable for the most part even without gold and XP boosts, which implies they wouldn’t be absolute necessities. We’ll definitely check it out once we’re able to dive into the game.