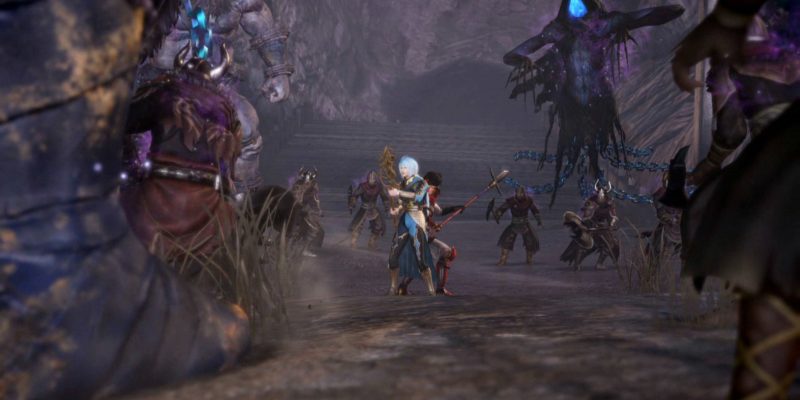 One of the most prevalent complaints regarding Warriors Orochi 4 was that it lacked an endgame. You had the story scenarios, and if you bought the challenge DLC pack, you had two brief challenge modes, plus a couple of scenario packs. But there wasn’t much for fans to do other than replay story missions on higher difficulties to strengthen their officers and acquire new materials. Due to this, many players have often recommended that people play the third game instead. However, that game also had an identical issue before it received its Ultimate expansion. Warriors Orochi 4 Ultimate, much like its predecessor, adds an all-new endgame, additional story scenarios, and additional characters. It even adds a couple of new challenges to boot. But the question stands: Is it worth it?

Warriors, come out to plaaaa-aaaay

The biggest thing worth mentioning for people who are jumping into the game for the first time is that absolutely none of the new content is available right off the bat. You can access the two new challenges after completing Chapter 1, but you won’t be able to access the new scenarios or Infinity Mode, nor can you unlock any of the seven additional characters until you complete the game. Therefore, it’s best not to think of Warriors Orochi 4 Ultimate as transforming the main game in any giant way. 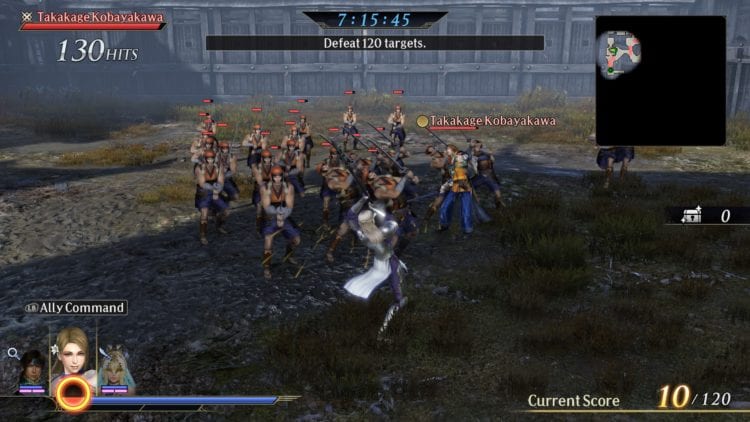 Congrats to all five of you that demanded Joan’s return. We didn’t get Kasumi or Ayane, but we got that one character from that game almost no one played. Awesome.

However, that’s not to say there aren’t any changes and improvements that affect the game in general, even if these will still only come into play later on for the most part. For instance, you can now reset character levels to 1 after getting them to 100 in order to increase their stats, just like in 3U. Additionally, you can now switch out a character’s normal sacred treasure, which gives you some appreciated additional control over how useful an individual character can be. Plus, you can now switch between Musou attacks with characters in your party.

None of that really makes any major changes to the general game flow, though, so the game is very much as it was before. The two new challenges are a time attack that sees you trying to take down 1,000 enemies as fast as you can and one that has you breaking as many objects as you can within the time limit. Neither of these is particularly interesting, which goes double for the latter, as breaking the items is awkward and not very fun at all.

The new story content picks up right after the end of the main game. Since that ends with Chapter 5, you’ll immediately be greeted by Chapter 6. Subsequently, Chapter 7 is unlocked once you get through that, with chapter 8 following once you collect specific items. The new scenarios primarily concern the return of Zeus, who has brought Gaia with him to assist our heroes in defeating Odin and his forces. If you really liked the story before, there’s a lot more here that includes new cutscenes and everything you’d expect. Due to the throwaway nature of the Warriors Orochi stories, though, it’s unlikely that this will be a big motivating factor. It also adds some scenarios to previous chapters that fill in bits of narrative. 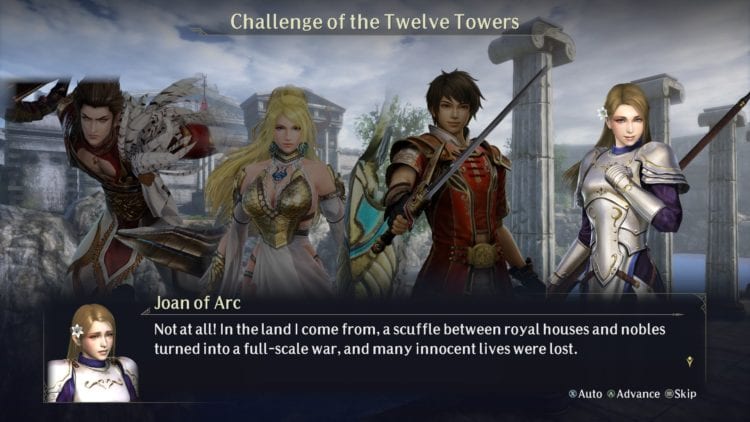 The Infinity Mode also has some story. I’m not sure why, but it’s here anyway.

The scenarios themselves are par for the course. You take down thousands of peons while fighting enemy officers, exactly like you’d expect. The game recommends that your teams be at level 50 when starting these. If you buy the upgrade pack instead of the bundle, you’ll receive 300,000 growth points to level up characters with, although those won’t take you very far. You’ll also unlock Warriors Orochi 4 Ultimate‘s additional characters by playing through these new scenarios.

This one features a similar amount of additional characters compared to its predecessor. That one added eight characters, and this one adds seven. However, three of those are returning guest characters: Ryu Hayabusa from Ninja Gaiden, Joan of Arc from Bladestorm, and Achilles from Warriors: Legends of Troy. This was a bit disappointing, as I was really hoping that we’d get more than just three of the guest characters back. But there are four all-new playable characters here, including Perseus. It’s also worth mentioning that the custom battlefields are gone too, so if you loved that feature, you won’t find it here.

The biggest draw in Warriors Orochi 4 Ultimate is undoubtedly the Infinity Mode. This sees you picking three characters to take into a series of 12 towers with five floors each. Each floor contains a mission, such as defeating a certain number of enemies or interacting with a set number of items. Each of these is on a time limit, and once your objective is complete, you need to find the exit before time runs out. The kicker is that the map is totally blacked out and you’ll need to uncover it by exploring. 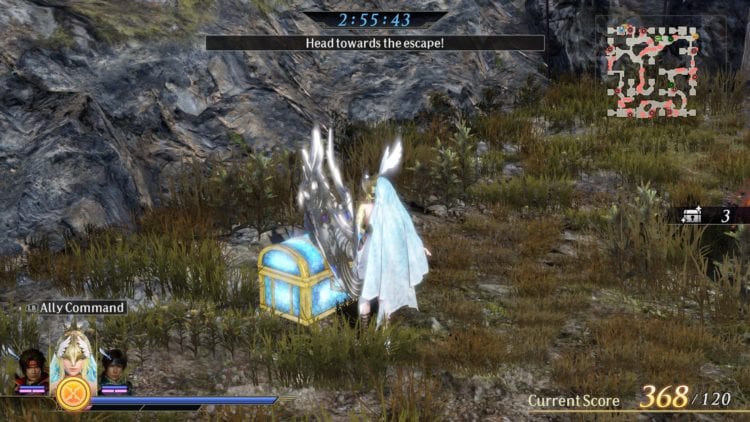 This mode ultimately isn’t all that interesting. The objectives are all simple, and each level will only take a few minutes to complete. It’s less enticing than its predecessor’s Gauntlet Mode, which turned the game into a bit of a roguelite. But that’s not all there is to it. As you play through these levels, treasure chests will appear. You’ll need to uncover the map in order to find all of them, as they contain crafting ingredients. Later, you’ll also be able to climb a tower with 100 levels total that are much like the preceding ones.

The big thing about this is that Infinity Mode allows you to craft the game’s most powerful weapons. The general loop is that you’ll run through these with your characters in order to make the best weapons for your favorites. Interestingly, you’re initially locked to just the first three characters you pick and a few others. You’ll need to unlock the rest for use in this mode by playing through the levels. I liked this aspect as Warriors Orochi 4 Ultimate has 177 characters to choose from, and it’s good to have an incentive to try out ones you might not use otherwise.

By and large, Warriors Orochi 4 Ultimate delivers hours and hours of additional content that fans itching for more will gladly tear through. That being said, though, the price is high. You can purchase just the Ultimate Pack by itself if you already have whichever version of the base game, or you can buy a bundle of the two. For newcomers, this will be a much easier pill to swallow, as the bundle costs $60 and will offer a lot of gameplay in exchange. But people who bought the game at launch aren’t going to be too happy, as the Ultimate Pack is $40. 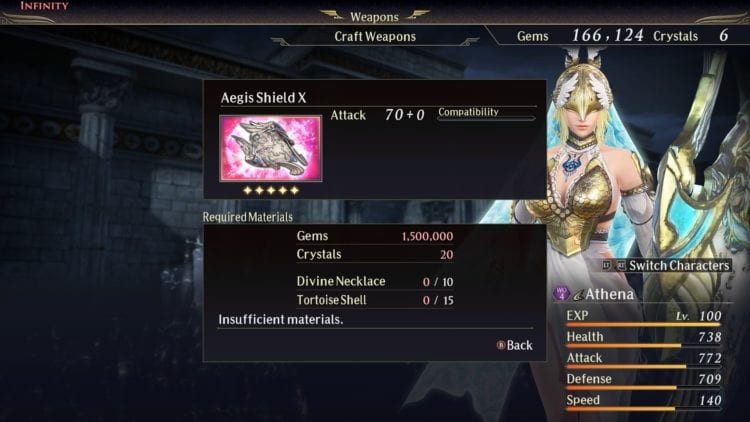 Naturally, that means dedicated fans will have to bring their mandatory purchase price up to $100. And while, yes, there’s a lot to sink their teeth into here, $40 seems way too high for what you get. That being said, fans could certainly spend two-thirds of the time that it takes to play through the main game on the new content. Likely even more, considering that some people are going to want to make weapons for all 177 characters. Plus, series fans are used to all the price gouging already, so I doubt they’ll be too surprised.

As for whether or not it’s worth getting, then, yes, it is. Anyone who hasn’t played the base game yet will have a much easier time accepting the purchase price, but even then, they may want to wait for sales. But anyone who loved the main game and wants more will find plenty here. Even if there should be more returning guest characters.

Romance of the Three Kingdoms XIV -- Guides and features hub

Romance of the Three Kingdoms XIV: Unlocking the "Gathering of Heroes" scenario