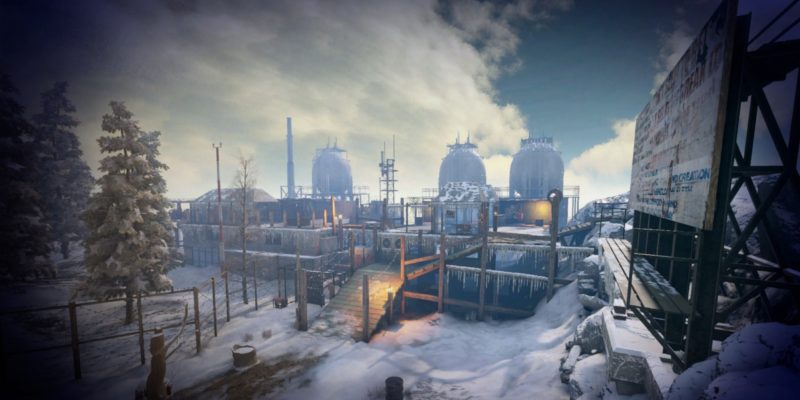 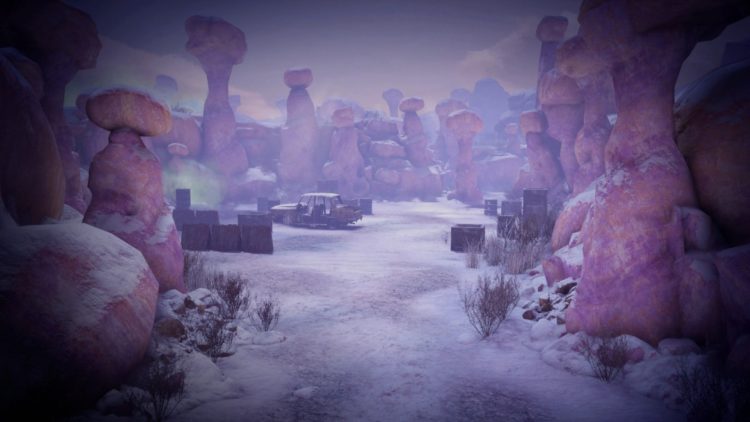 To get this sidequest in Wasteland 3, you’ll first need to enter The Bizarre. Inside, you’ll meet Randy Gett, a mechanic who’s interested in joining Ranger HQ. He does need you to take care of an errand in the Gett Family Homestead first. 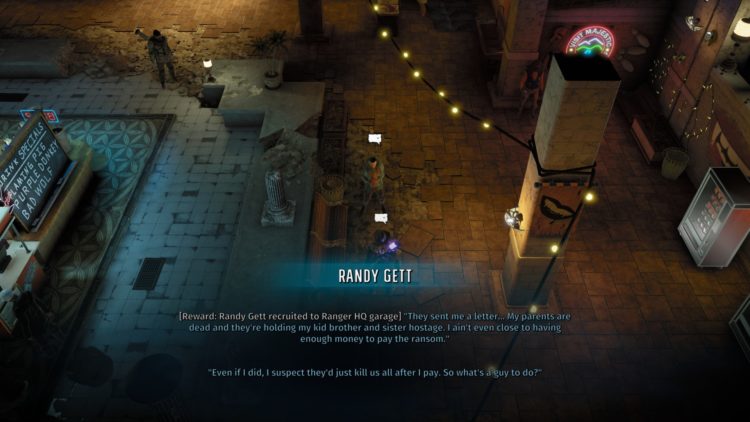 The location is directly north of The Bizarre. Once you enter, Randy Gett will tell you to check on his family.

Unfortunately, there’s not much left here. Lockpicking 7 lets you open a room and a safe to get the Spitfire flamethrower, but other areas are swarming with razorbacks. 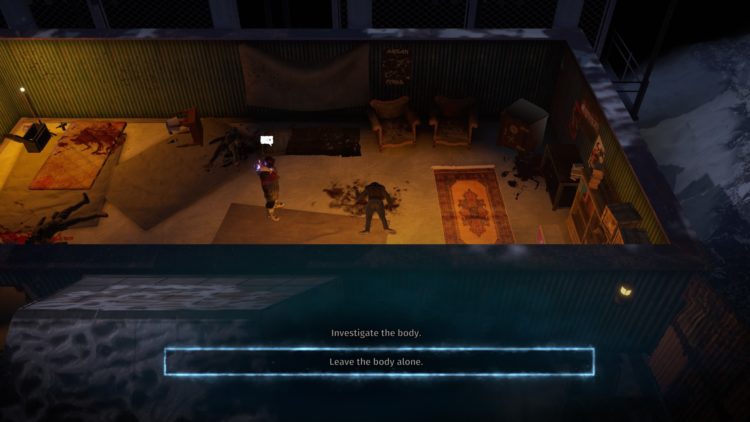 You have the option to bring her to Randy (Hard Ass 5) or shoot her immediately. Randy Gett will join Ranger HQ regardless of your choices. He’ll give the “Vehicular Combat” perk (+5% damage to vehicles) to all custom Rangers in your squad once you speak with him there. 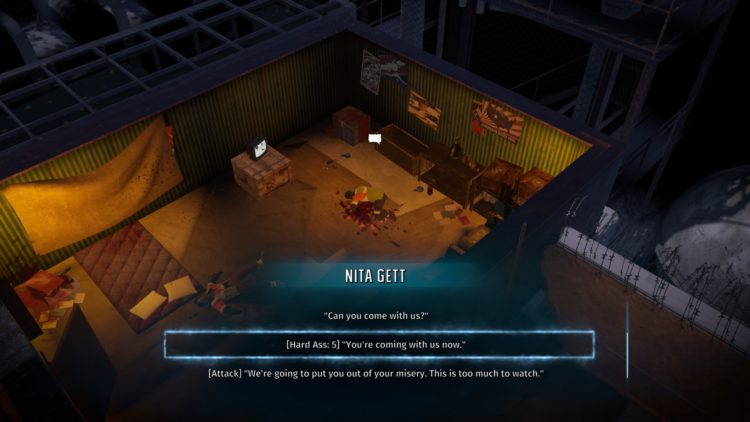 Frank Pappas and the Paint Mines

After handling the refugee issue in The Bizarre, return to Ranger HQ to meet a bunch of folks led by Betsy. You’re tasked with looking for a work camp supervisor named Frank Pappas. He’s the guy we met in Sans Luxe Apartments while searching for Irv and his clones. 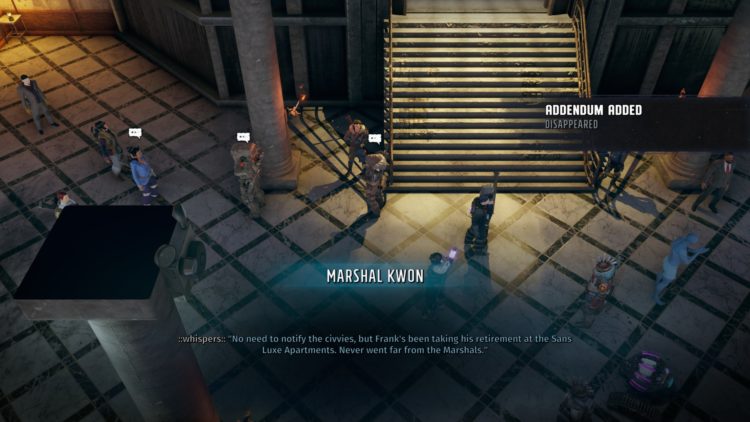 Speak with Frank who’ll spill the beans (pay $400 or Hard Ass 5). After the conversation, you can hire him as a trainer in Ranger HQ. He’ll provide the “Marshal Training” perk (+2 meters Leadership range) to all custom Rangers in your squad. 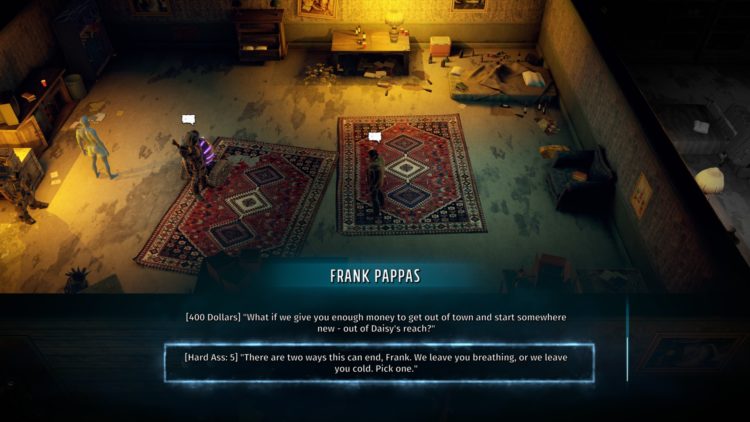 Anyway, you need to go to the Paint Mines. It’s directly east of Hoon Homestead.

If you have a high enough Perception, you can reveal a hidden path that lets you fight razorbacks. There’s a toaster here (Toaster Repair 6) with junk that sells for $1,000 and the Exoskeleton Legs. Alternatively, use the main path leading into the cave, though it does have traps (Explosives 7). 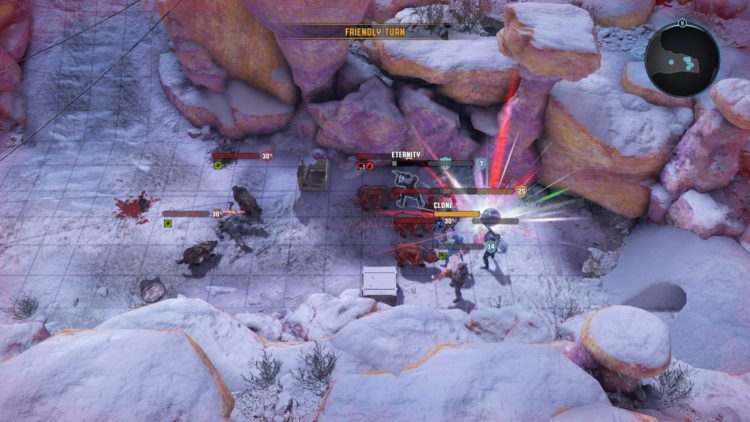 Inside the cave, you’ll meet Wind-That-Tangles, a former Godfisher, and his girlfriend, Nikki. You have the option to let them go or kill them (and their poor fluffy dogs too, aww). 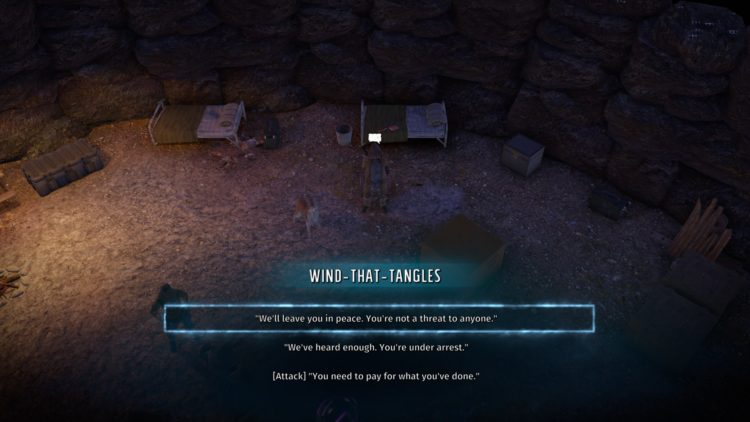 If you let them live, Betsy and co. will arrive. They’ll ask you one more time to kill the couple; you can use Hard Ass 9 to make them back down.

Assuming you followed Betsy’s suggestion, you’ll get the Nitro-Ray upgrade for the Kodiak. As far as I know, Wind-That-Tangles doesn’t play a major role later in Wasteland 3‘s campaign anyway. 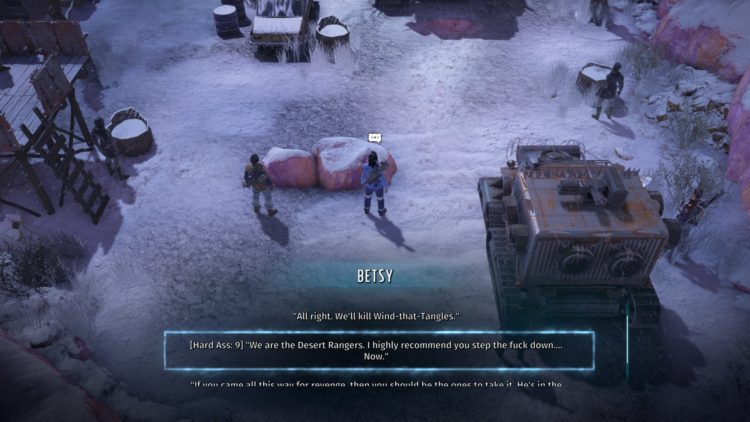