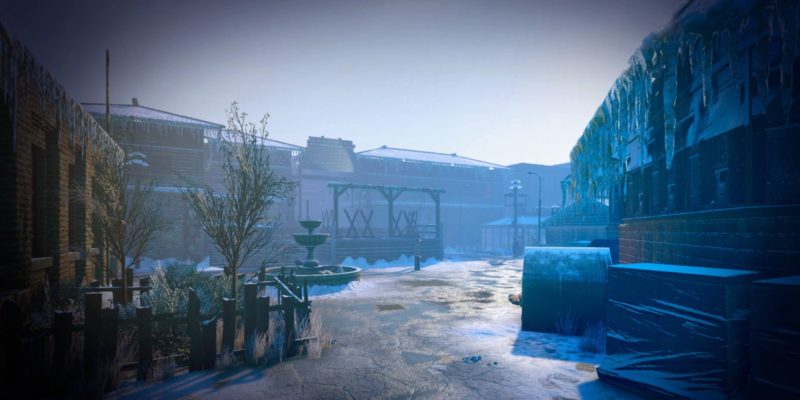 After touring your dilapidated Ranger HQ, you’ll head to Downtown Colorado Springs, the first major settlement you’ll encounter in Wasteland 3. Here, you’ll also venture within the Garden of the Gods.

You’ll enter Wasteland 3‘s Downtown Colorado Springs zone via the Pillory Square. A woman, Emeline Pease, will ask you to save her son Austin.

Magistrate — Asks you to pay $200; new options via Kiss Ass 4 or Barter 4. Releasing Austin Pease boosts Wastelander Refugee reputation, and he’ll pop up in Ranger HQ as a guard. 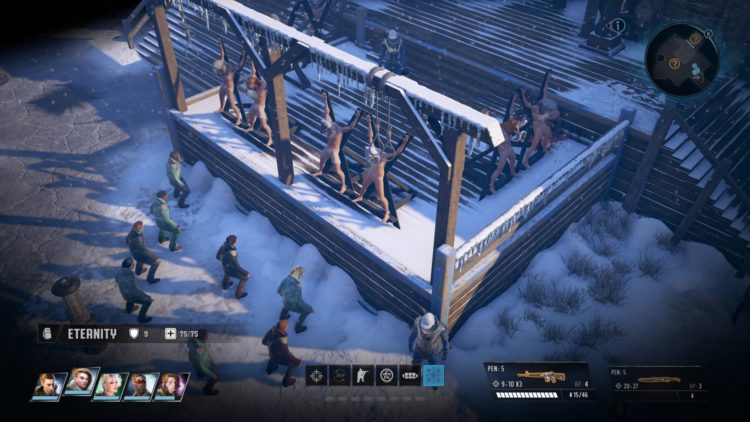 You can open containers here (one requires Lockpicking 4), and some have RPG/rocket launchers and armor mods.

Note: The Sheriff’s Office is the HQ of the Patriarch’s Marshals faction. Make decisions that favor them, or send your prisoners to Sheriff Daisy, to earn some rep. You can learn more via our factions guide. 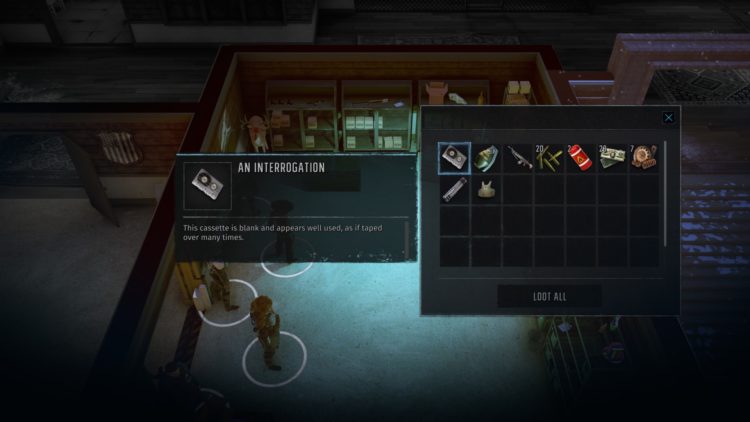 Speak with Lucia Wesson who tells you that her family has been kidnapped. Then, speak with Sheriff Daisy. She wants you to go to the Garden of the Gods and bring Lucia Wesson with you.

Important: Lucia Wesson is a unique companion in Wasteland 3. She’s got principles, so try not to kill random civilians or do questionable stuff around her. Otherwise, she’ll leave. 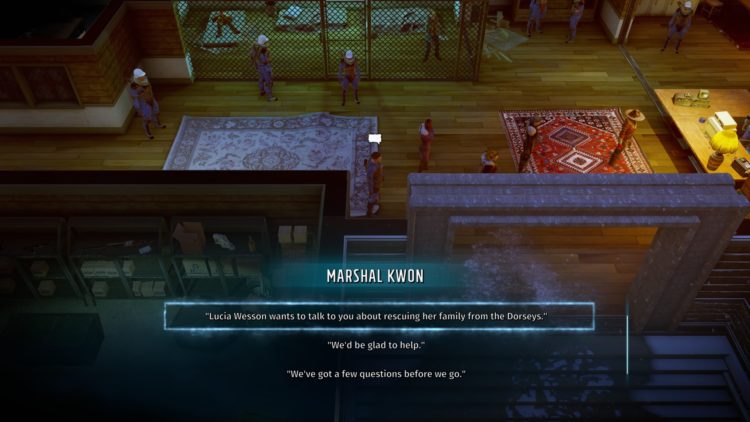 The barred checkpoint to the west leads to the Broadmoor Heights area, but we can’t go there yet. Instead, head north and offer to help the Casady couple get rid of the Dorseys hiding in their store.

Dorsey gang — Kiss Ass 4 makes them run away; Kiss Ass 5 makes Josiah Casady agree with your decision. Alternatively, just kill the Dorseys. Lockpicking 5 will open a container with an Ancient Love Letter (a series of clues).

Note: After clearing the Garden of the Gods area, the Casadys will start selling outfits. 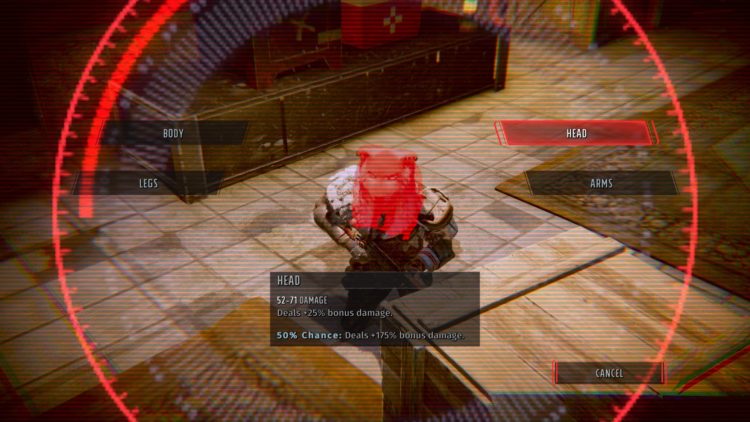 In the area to the east, you’ll spot a gang of thieves. You can take them out before they even notice you.

The museum — Lockpicking 3 on the door; Mechanics 3 on the generator to power-up the facility. Interact with the bald eagle to activate the exhibits. Then, pick up the loot from the supply room (which has a Brainwave Destabilizer laser weapon).

Back outside, you can pee on the pile of snow to create Yellow Snow x5 (which can debuff enemies). The other side of the museum also has the Sans Luxe Apartments and Little Vegas, but we can’t go to these destinations yet. 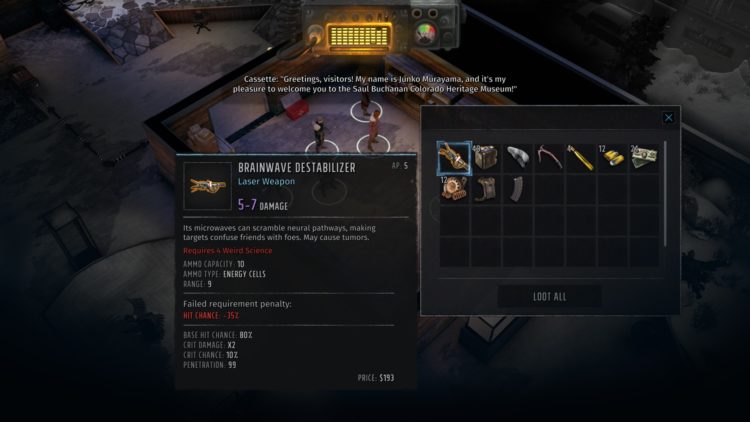 Head north and you’ll find the Colorado Springs market square with several vendor NPCs. There’s a landmine next to Taiwan Jones’ shop and it needs to be defused (Explosives 1). Failure to do so can destroy the market and you’ll lose access to these vendors for good

There’s an NPC outside named Theodoric Curie. The door behind him leads to a makeshift clinic where you’ll find Doc Parker.

Tell him that you’ll tend to the patients (First Aid 1). Next, take a look at the wounded and you’ll be told of the medicine they need: med pack, suture kit, and injury kit. Equip these items via your quick slots and click on the patients that require them. 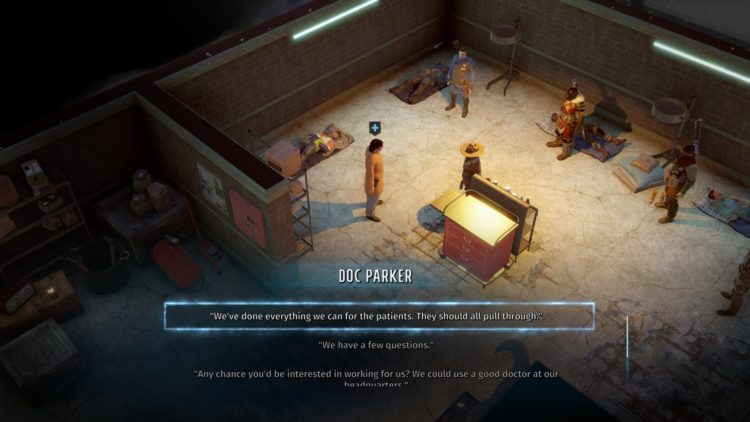 In the next room, you’ll find the Arapaho Garage. Speak with Jimmie Longhaul to buy a Tool Kit (Mechanics +1), and some upgrades for the Kodiak. There’s another NPC named Mama Cotter, but you won’t need to interact with her until much later in Wasteland 3. 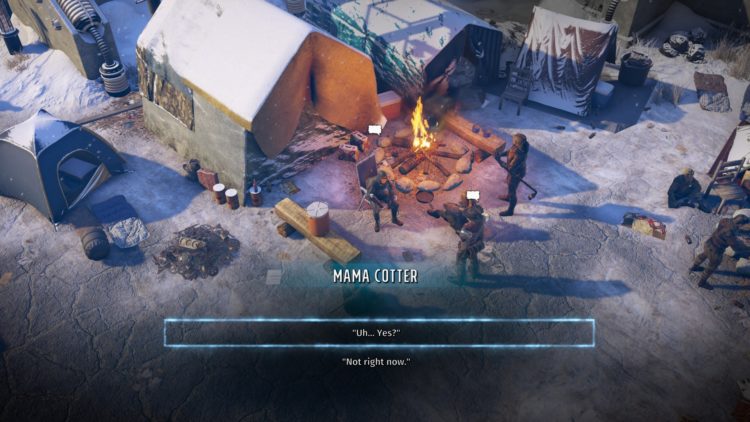 Head back north and the marshal will open the gate for you. This leads to the Garden of the Gods.