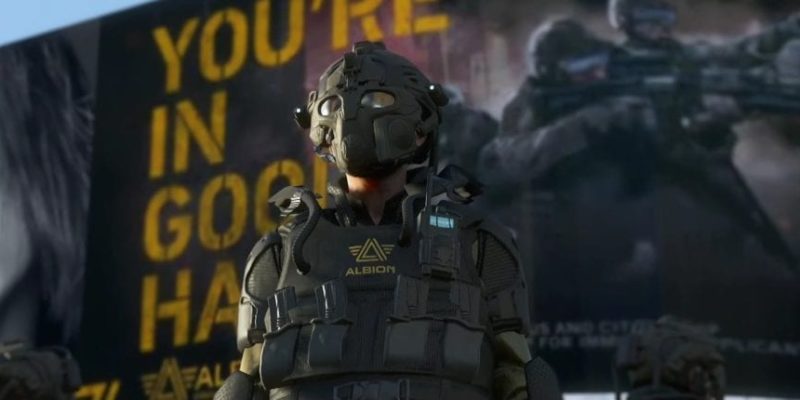 Promising players a chance to “unfuck this world,” Ubisoft’s Watch Dogs Legion was unveiled at their E3 2019 conference. Full gameplay and story trailers were featured at the event, as well as an on-stage explanation. The game was also announced for a March 6, 2020 release date.

(Note: the videos seem to be region-restricted. If the North American versions don’t work for you, try the versions at the bottom of the page.)

This entry in the series focuses on DedSec building a popular resistance in a dystopian post-Brexit London. The city has been occupied by an authoritarian organization called Albion and their mercenary army. According to the creators, Watch Dogs Legion will allow the player to build an ensemble cast of resistance members from any Londoner they encounter, with fully-voiced dialog for each character. The characters will fall into certain roles such as assassin, drone expert, brawler, and more.

Along with these new features will come the familiar Watch Dogs gameplay of hacking, driving, shooting, and character interaction. All the while, players will be accompanied by the presence of a smart-ass AI named Bagley. The trailer featured player characters scouting new resistance members, fist fighting Albion mercenaries, getting into high-speed car chases, having gun fights with gangs, and conversations. Notable was the permadeath of the first player character in the gameplay footage, followed by selection of a new character from the roster of recruited resistance members.

The series has often been criticized for its hype machine, so it remains to be seen just how this ambitious game will be realized come next year. If you liked what you saw, though, you can go ahead and preorder Watch Dogs Legion now.

As noted above, alternate region versions of both the reveal trailer and the gameplay walkthrough video can be found below.