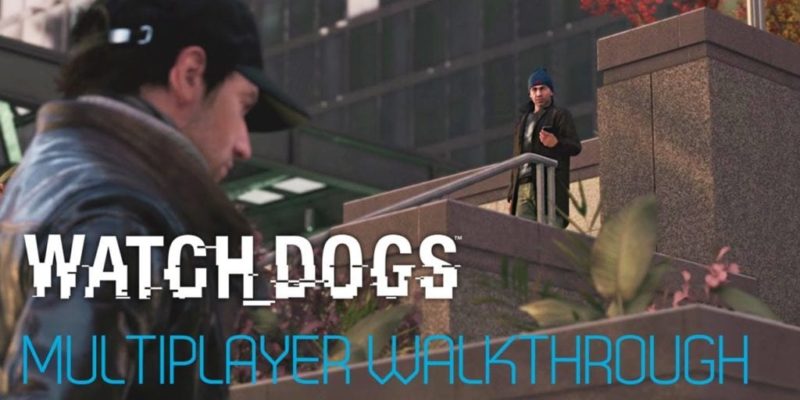 Ubisoft has put out a nine minute video showing how some of the multiplayer business works in Watch Dogs. Initially, it looks rather like a Souls title, with the main narrator being “invaded” by another player who’s apparently hacking his files (what effect that has isn’t really clear, but it gives the invader experience points.)

Thanks to a cut-away, we learn that said invader is sat in a highly inconspicuous taco van just outside the park where our player is situated. In order to try to draw him out, the player fires his gun into the air causing the AI NPCs to scatter in panic (as you would if a nutter started unloading a pistol into mid-air.) Eventually he zones in on the amazing taco-related hiding place and gives chase in a car; but one of the AI has also called the police. Harried by the cops and unable to keep pace with the van, the invader gets away with the Watch Dogs spoils.

In another example, a player using some kind of tie-in mobile app (hey, maybe the journalists who were totally not bribed with free Nexus 7 devices at the recent preview event can use it to try this one out) controls helicopters and police forces in an attempt to stop player-Aiden.

Finally, there’s a look at a bit of a team-based competitive mode (how you launch into this one isn’t really explained,) in which two groups of four players are fighting over some encrypted data. There’s a bit of back-and-forth tussling and further car chase action, before the narrator’s team emerges with the file.

The video doesn’t fully explain quite how and when these multiplayer events are triggered (is it really like Dark Souls, where you can be catapulted into one of these events without warning?) but provides a general gist of what’s possible in the game. Hacking invasions in particular look quite interesting. Watch Dogs is due out in May.