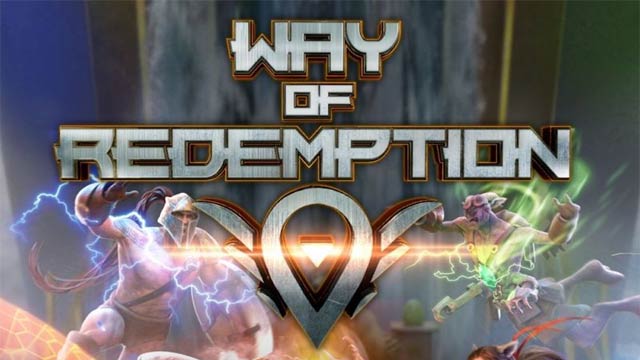 Want to try a new game on Steam? Way of Redemption combines sports and action games in a multiplayer online sports arena. They sent a little widget to unlock 6,000 PC keys, grab yours by completing the actions below (it’s hosted by them, you’ll get an email).

Notes from the developer, Pixel Cream:

“Welcome to the Arena of the Gods:  For thousands of years, vanquished heroes of past centuries have been fighting for redemption by the gods here. Players take on one of six fallen champions trying to regain their former glory. The goal of the fast-paced matches is to destroy the enemy portal by using smart combos of jumps, blocks and shots. To beat other heroes, tactical abilities, fast reaction skills and a strategic overview are required. The game mechanics of Way Of Redemption are easy to understand but difficult to master. Each hero comes with an individual set of skills and the different arenas require different strategies. Players can compete in a head-to-head duel or in co-op mode with another player – both online and offline. A progress system to unlock new content, leagues and ranked matches, or individualized heroes with over 11,000 possible combinations should also provide long-term motivation. Players with a passion for eSports and action games can win one of our keys for Way Of Redemption on Steam.

To claim a key carry out the action below.

By Jason Rodriguez16 mins ago
News