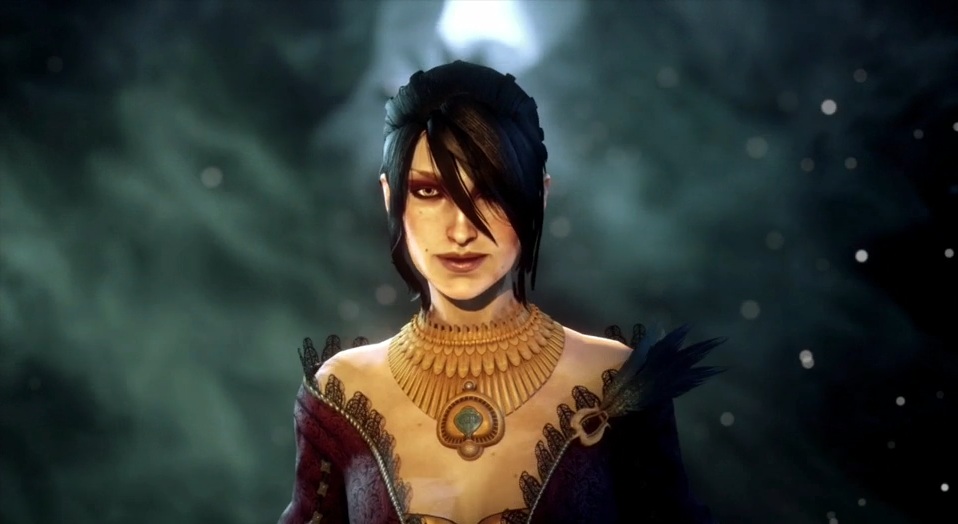 Unsurprisingly, Dragon Age: Inquisition – mysteriously missing the “3” from its title – has made an appearance at EA’s E3 press conference.

BioWare general manager Aaryn Flynn took to the stage and helped me clear my Buzzword Bingo card by using the phrases “new RPG experience”, “vast open world”, “choices […] change the world around you”, and “diverse and complex characters.” The latter will apparently include both those who are totally new, and some old fan favourites.

As if to prove this, the first trailer for the game – titled The Fires Above – was narrated by Dragon Age: Origin‘s Morrigan, and featured Dragon Age 2‘s Varric. It also featured dragons, monsters, armies, green fire falling from the sky, and plenty of mention of crumbling alliances and the like. You’ll be leading the Inquisition “to restore order to a world in turmoil”, and it certainly looked pretty turbulent from what we saw, so it sounds like you’ve got your work cut out for you.

Dragon Age: Inquisition is due out in autumn 2014, and we’ll have the trailer for you later on tonight.