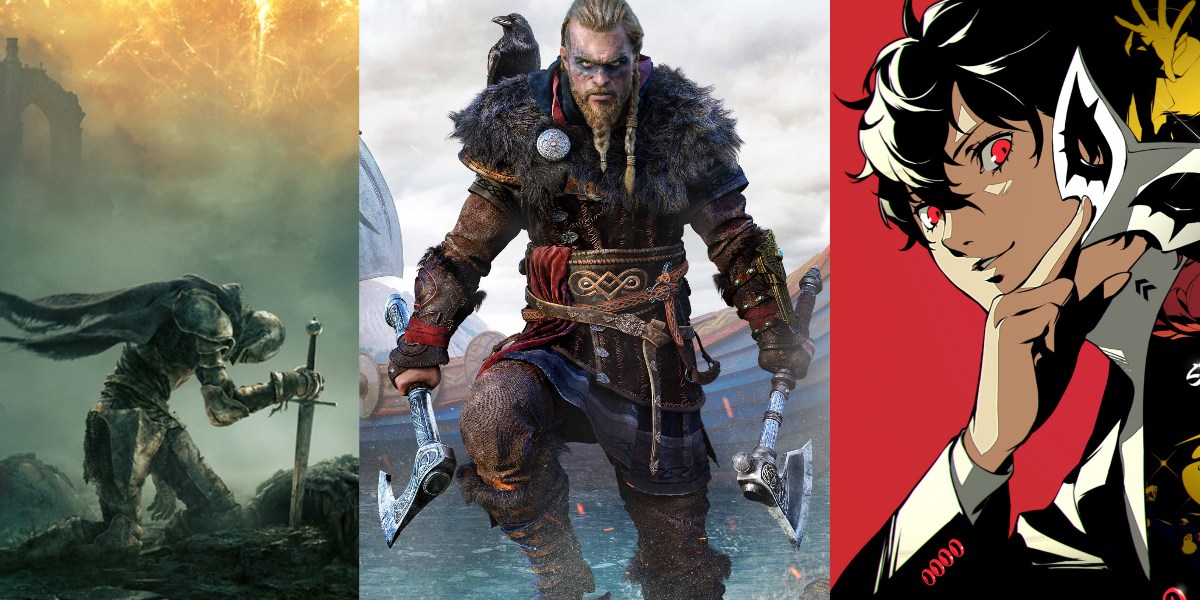 Video games offer a wide range of experiences depending on the genre and the intentions of the developer. Some games are AAA epics that span dozens of hours and take players on thrilling adventures. On the other hand, smaller independent titles can tell all the narrative they need to within just a few hours.

Over recent generations, there has been a tendency for more titles to incorporate RPG elements, open-world game design, side quests, and expansive narratives. While many of these games have gone on to become beloved by fans and critics alike, some players bemoan the fact that they are becoming longer to complete. They may provide a lot of bang for your buck, but when does a game become too long?

The video games that are too long

Wearing out their welcome

A lot of video games have become longer in recent memory, and there likely are a few key reasons behind it. The increasing popularity of open-world game design over the last few generations is one of these. Open-world games can provide a rewarding sense of freedom, but many also have more side quests and collectibles than most players are willing to complete. As a result, they become uninteresting and a grind before the credits roll.

Ubisoft games are a prime example of this. While early Assassin’s Creed and Far Cry titles were reasonably lengthed, recent entries are mammoth undertakings. Endless lists of activities begin to feel like busy work rather than fun gameplay opportunities. Considering how expensive AAA games are to buy, players are often looking for what games can provide the most entertainment for their money. It’s hard to argue against the value of games like these, but it’s reaching a point where it the quality of content on offer isn’t worth it anymore. 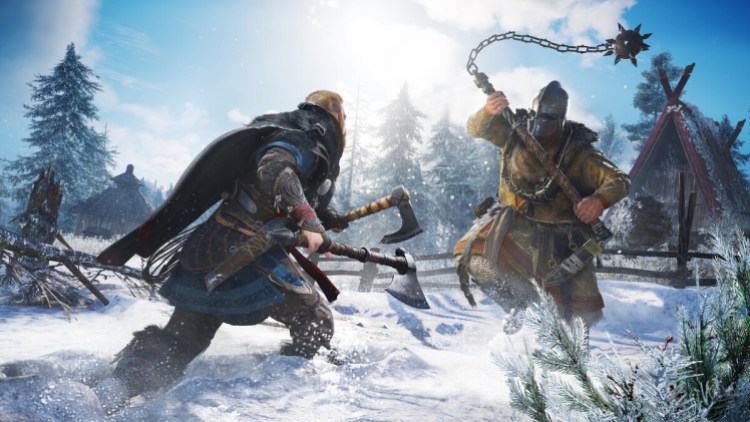 Linear story-focused games are also becoming long. Games like God of War (2018) and The Last of Us Part 2 are both significantly longer to complete than their predecessors. Games with a cinematic narrative have been increasingly popular, and publishers like Sony Interactive Entertainment have doubled down on that. As a result, more ambitious narrative-driven games have required players to spend longer amounts of time to see these stories through to the end. Depending on how a game is written and paced out, that might not be a bad thing. However, games like Alien: Isolation were criticized for running out of steam hours before the end, proving that this balance is a fine one.

It isn’t necessarily bad for games to be long, but it is a mistake to make players feel like it’s a long game due to issues with pacing and repetitive gameplay design.

While it’s true that games have generally been getting longer, particularly in the AAA space, that doesn’t mean that all of them feel this way. A game feeling overly long isn’t just down to the raw number of hours it takes to reach the end credits, but how fun that time is. Time flies when you’re having fun, and making an engaging experience will make a lengthy game breeze by. While a typical open-world title may be filled with repetitive side quests, collectibles, and other tasks that feel like busywork, the same can’t be said for the likes of Elden Ring. 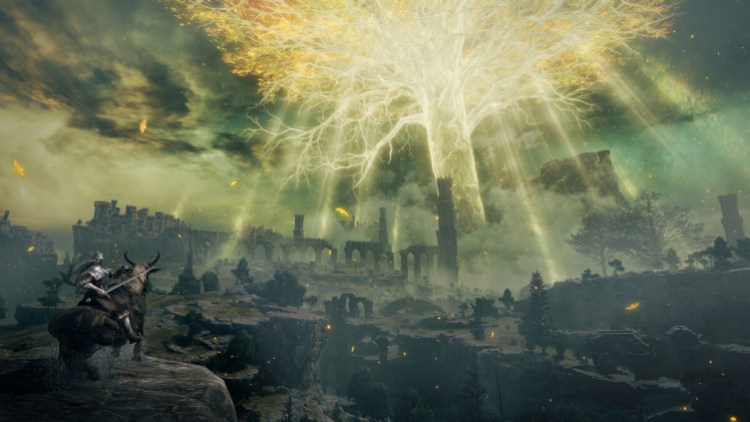 In games like Elden Ring or The Legend of Zelda: Breath of the Wild, the thrill of a discovery in every direction pulls players forward. Exciting unknowns and twists on gameplay make each hour feel different from the last. Meanwhile, narrative-driven RPGs like Persona 5 Royal provide a smooth gameplay experience that makes it easy to pull players from one enjoyable battle or story revelation to the next. These games find creative ways to entertain players throughout their runtime, making them feel shorter than their contemporaries — despite the fact.

Some games have become too long, but it’s an issue that could be avoided if there was enough meaningful content to compensate for that length. Examples like Elden Ring and Breath of the Wild make it simple to distinguish between titles that feel like they were made to maximize on a popular formula, and games that put their innovations and fun gameplay ideas front and center.

Thankfully, players who take issue with modern video games becoming too long have a viable alternative: independent games. Indie developers have managed to execute their visions without having to make their games overly long to provide a sense of extra value. It’s also a space where creativity has shined, and the entry prices are far cheaper to boot. Short but powerful adventures like Celeste, Hades, or Inside prove that there is value to an experience that is focused and gets to the point before overstaying its welcome. It’s a lesson that Alien: Isolation needed to implement, and that Marvel’s Spider-Man: Miles Morales successfully learned over its predecessor. 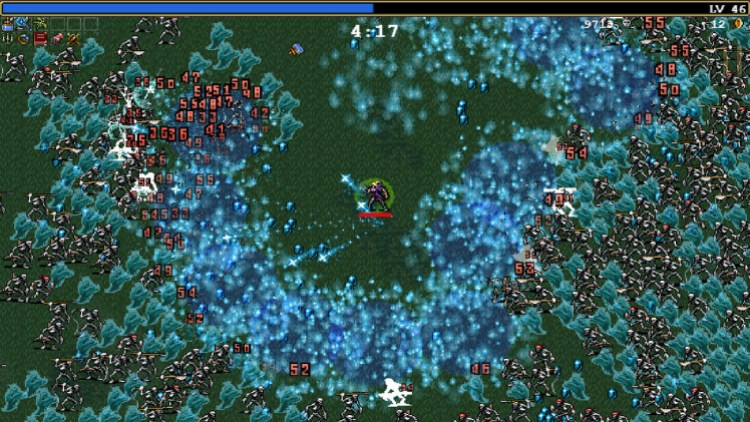 Vampire Survivors is a prime example of this. Its premise about fighting off hordes of monsters for 30 minutes using automatic attacks, with movement that couldn’t be simpler. And yet, it offers hours of engaging gameplay for an incredibly reasonable asking price. By comparison, you could spend dozens of hours on a narrative-driven title with disappointing gameplay or an open-world game with repetitive content. It makes it easy to understand why people are complaining about newer games feeling too long.

There’s merit to letting players get to the fun gameplay as soon as possible. And as long as the industry is still providing valuable experiences on a smaller scale, there is less of a reason to worry about the increasing length of video games.

It depends on you

How long a game can feel depends on the quality of content on offer, but it can also come down to your approach. Some players enjoy seeing everything a game has to offer while others will be happy to mainline the core narrative. The difference between those two approaches can create a huge disparity in completion times, but personal circumstances play a role too.

Players on the older side may simply not have as much time or patience as they would like for their favorite hobby anymore due to their responsibilities. For these players, games that are too long are more challenging to tackle, while those that get straight to the fun are a godsend.

There’s no doubt that a lot of modern games have extended their runtimes when compared to games of yesteryear. But, how long a game truly feels will depend upon the quality of the experience and your own circumstances.

By Nathan Ball4 hours ago
Guides

By Nathan Ball2 days ago
Guides