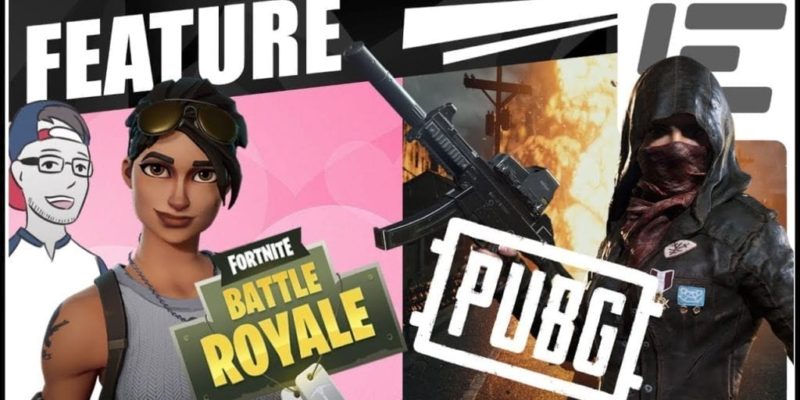 Ever since the release of Fortnite Battle Royale on PlayStation 4, I have been heavily addicted to the game. So much so that it has nearly surpassed my League of Legends addiction (which seemed impossible). Obviously, I’m not the only person to be taken back by this. The question is, why does Fortnite continually keep growing past everyone’s expectations?

Is it because it is free? Or is it because it simply appeals to a larger audience and is simple to understand? Or maybe because it’s easily accessible to gamers. The price point certainly does play a role, but the game’s design and simple to understand mechanics are what keeps players coming back. Then there’s the other side of the totem pole, PlayerUnknown’s Battlegrounds. I have played quite a bit of PUBG as well, but the game never quite resonated with me like how Fortnite does. There are certainly players out there who don’t share the same feelings as me, and that’s fine, but even they can’t deny what a juggernaut Fortnite has become over the past couple of months. Here’s why I think Fornite is taking over the battle royale genre.

It was quite obvious after how popular PUBG had become that there were going to be other developers to come along and use the same formula. But no one expected Epic to come along and combine the base-building mechanic of vanilla Fortnite with the PUBG battle royale formula (in an extremely timely manner I might add). So let’s start with the obvious difference, the graphics.

PUBG has a much giddier and more realistic look to it, which is why many ‘hardcore’ players prefer it to its Fortnite counterpart. Fortnite has a more cartoonish design, which is why I believe that it appeals to a greater variety of players. From a design standpoint, it is much more appealing to the eye without having to be graphically impressive. This also will help Fortnite down the road as games with a stylized art-direction tend to age a lot better than games with realistic graphics. Another plus side to Fortnite is that the games go by much faster than PUBG. To most adults or anyone with children, this is a huge deal. In an average game of Fortnite, by the time you finish looting the first area, there is already half the number of players in the game than when you started. This is because the map is much smaller than the map in PUBG and combat overall is much quicker.

The concept of both games is the same and simple to understand, be the last to survive. But when it comes to the items, Fortnite made things easier to understand which weaponry is good or bad. There are only a few different types of guns in the game, but each one comes with a color coated rarity level to them. Grey is the most common, then green, blue, purple, and orange. The rarer the gun, the more damage that you do, simple. PUBG does have a rarity in the items, but it’s not as clearly displayed.

As the patches roll out in Fortnite, they are adding more and more items that make the games different and fun. They provide unique ways to go about fighting enemies like the Impulse Grenade and the Boogey Bomb. As for the building mechanic, it can be incredibly annoying to play against at times, but it has slowly started to grow on me as I get better at the game. It creates a whole new dynamic that PUBG just doesn’t have. While on the other hand, PUBG has the use of vehicles that provide its own unique dynamic that Fortnite doesn’t have.

Besides being free to play, Fortnite is available on every major console on the market minus the Switch, but we will see how long that lasts. Fortnite recently made its way to iOS and soon Android smartphones. I’m not sure if this was necessary or if anyone was clamoring for it, but it makes it extremely easy for a casual gamer to play Fortnite. Not only that, it will also be cross playable between PS4, PC, Xbox One, and iOS (minus XBO & PS4 compatibility) which is insane to think about. Luckily, if you’re playing on a smartphone you will not be paired up with PC or console players unless you opt-in for it. There is a PUBG mobile game available now in the US but as far as I am aware, it isn’t cross-progression like Fortnite is.

All in all, both games are tremendous fun and have their own attributes that make them stand out from each other. PlayerUnknown’s Battlegrounds is a more grounded, serious game with more of a competitive nature to it. As to where Fortnite has more of a goofier and casual feel to it. It really just comes down to player preferences. However, I believe Epic is doing a far better job at making its game more accessible to the public and that is really starting to show. Hopefully, Epic can continue to keep up the great work with adding new game modes and items to help keep the gameplay fresh and fun.

By Jason Rodriguez3 hours ago
Opinion

By Nicholas Montegriffo20 hours ago
Features

By Jason Rodriguez1 day ago0
Features

By Jason Rodriguez4 days ago3
Features

By Robert Workman5 days ago0
Features