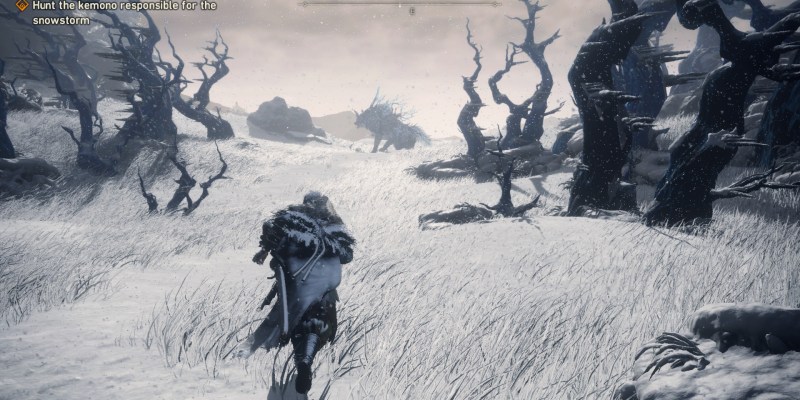 We’ve all heard of the Monster Hunter series and the Palicoes that made it famous, among other things. But what if you wanted that, but with more Fortnite? Well then, traveler, get your weapon and head into the untamed lands of Wild Hearts, an upcoming game of hunting giant critters in a fantasy feudal Japan.

The land of Azuma is beset by trouble. Kemono — animals imbued by massive nature powers — are ruining the place. The larger types of kemono are dangerous not only due to their bulk, but also their terraforming powers, wreaking havoc with the environment as they try to make it more suitable for themselves. Only the Hunters in the Minato village can fight against this blight!

In a nutshell, Wild Hearts is all about hunting to gain resources to get better gear to hunt ever larger prey. While some kemono are not much more special or dangerous than regular wildlife (if a little bigger), the small ones are only there as mobile resource points — it’s the big ones that require you to put in time, effort, and skill. 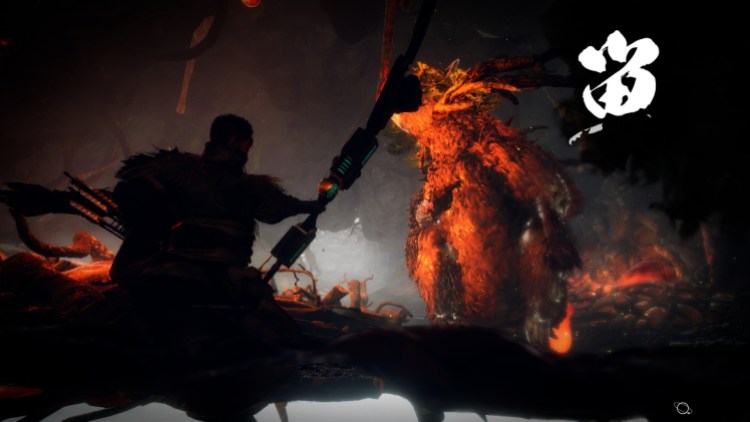 And that’s how I killed the giant sap-spewing tanuki with my bow!

Another game not about fishing with dynamite

But it’s nothing really new for us. We’ve all played games and we’ve all fought monsters before. The kemono in Wild Hearts have predictable attacks and their weak points. You might not necessarily need to exploit said weak points to the fullest to succeed, but it really doesn’t hurt — especially since they multiply the damage you deal.

Good thing you don’t just have to rely on your sword skills to defeat turbosquirrels and macroboars. The wizardly technology of karakuri is at your fingertips, allowing you raise structures on the battlefield to aid your fighting. Even the simple box, the first thing you can build, is multifunctional: use it for climbing, as a tall platform for cooler karakuri, as a shield from kemono attacks, or as a launch point for your own powerful plunging strikes. 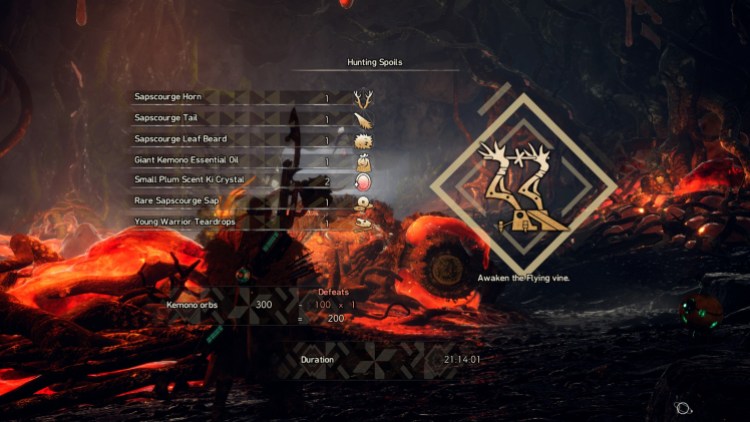 I don’t know why zipline magitech was hidden in a giant racoon.

Karakuri are also useful outside of battlefields as the more complex forms act like watchtowers or allow you to fire a rope and create a zipli- hey, is this just Death Stranding again? Because some of this stuff feels very Death Stranding-ly – and it has nothing to do with the fact that I’ve been playing it since it hit Xbox Pass for PC. Ahem.

Forearmed is a preorder DLC

Defeating kemono will grant you new karakuri forms, so fighting is vitally important for progress in Wild Hearts. Kemono will also drop unique resources for crafting gear. Your Hunter (fully customizable) can wear multiple pieces of armor, so you’ll spend some time chasing for the ingredients. Sure, the fields of Azuma are overflowing with easily harvestable plants, minerals, and other Minecraft effluvia, but it’s in the monstrous kemono parts that the real power resides. 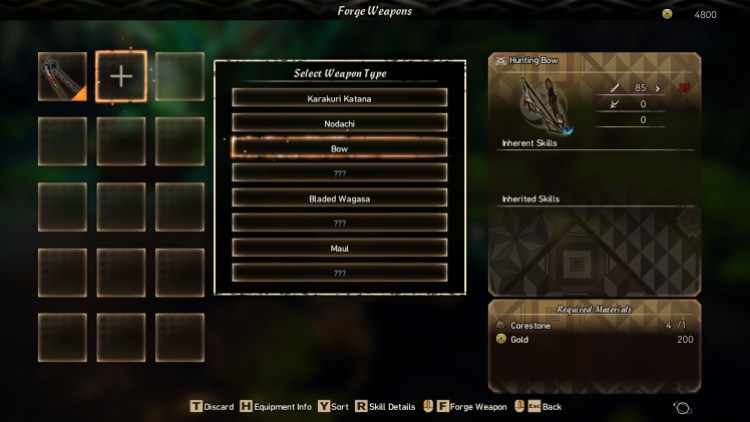 It’s impolite to ask why you need stone in constructing a bow.

Tents are important as they’re the point where you respawn after kemono gets the upper hand. So it’s prudent to awaken any dragon lodes you find when you’re chasing a fleeing kemono. You probably have enough time to put down a tent before the beast starts regenerating anyway.

It’s in the camp where you can switch around weapons, which provide their own benefits, tradeoffs, and even certain mechanics. For example, your starting katana can turn into a blade whip as long as you have magic energy to power it. Bows, on the other hand, don’t require you to hang around giant melee monsters, and as such were found to be much more useful to me, even if I never fully mastered all the firing modes. You can unlock and upgrade many more weapons in Wild Hearts, including a ridiculously large wooden mallet and a bladed umbrella. 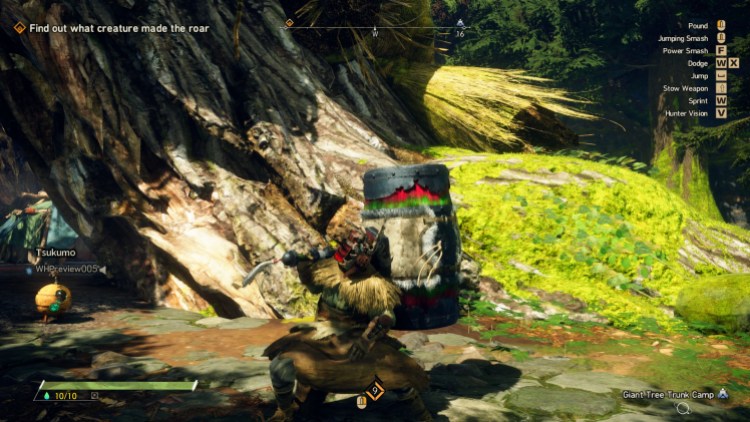 And you thought I was exaggerating.

You won’t be alone in the field, either. Instead of kickass adorable Felynes, Wild Hearts have merely cute Tsukumos. They are fairy-like intellects inhabiting wooden balls that house clockwork arms and feet. A Tsukumo will help you in combat, attacking the enemy and such. They’ll also just rattle around — the sound is fun by itself, but it gets annoying due to how often it repeats.

Fun fact: the watchtower karakuri you build is manned by Tsukumos, which is a cute detail.

No cats in sight

Speaking of looks, Wild Hearts will be a good-looking game, which is great, because fantasy Japan is what we need more of. The monster designs do have some flair to them, to the point where you don’t always get what the base animal is supposed to be. Of course, seeing how early the preview version is, it’s hard to say anything about actual performance once this thing hits the streets.

All in all, Wild Hearts seems to be a good game. It’s not exactly my cup of tea — a game of mostly fighting bosses isn’t for someone who really took the Deus Ex lesson of games being possible without bosses to heart — but it seems solidly built. And with multiplayer supporting getting up to two friends to help beat down uberotters, you are likely to have a good time. But no Palicoes!

How to build the best Call of Duty: Vanguard BP50 class

How to build the best Warzone Pacific Lienna 57 class