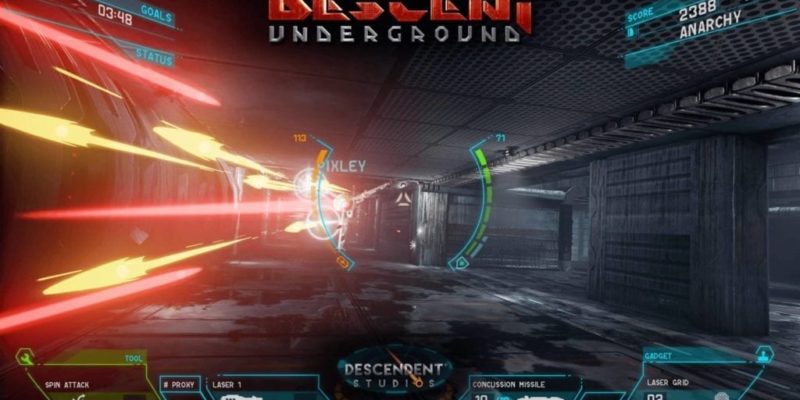 Back in April Descendent Studios successfully funded their Kickstarter campaign for Descent: Underground, a prequel to the classic Descent which was released way back in 1994.

Descent: Underground recently moved to Steam Early Access as development and testing continues on the game. We’ve teamed up with Descendent Studios to  give away Steam codes for the Early Access version of the game and a few lucky PC Invasion readers will be able to hop right in.

So how can you win one of these keys? Simply take an action in the widget below. If already follow us on Twitter and are part of the PC Invasion Steam Group, post a comment below after logging into the site.

We’ll be picking the winners this coming Wednesday so hop to it and good luck!

A true first person shooter deserves all six degrees of freedom. Fight through twisting tunnels & vast caverns where the concepts of up and down mean nothing and danger lurks around every corner. This is Descent: Underground!

Descent: Underground is a both a prequel to the Descent series and a modernization of the original game play. We’re staying true to the original flight mechanics, arcade style combat, and tightly twisting map design while taking it to the next level!

Our vision for Descent: Underground includes:

Competition is now closed and winners have been notified.