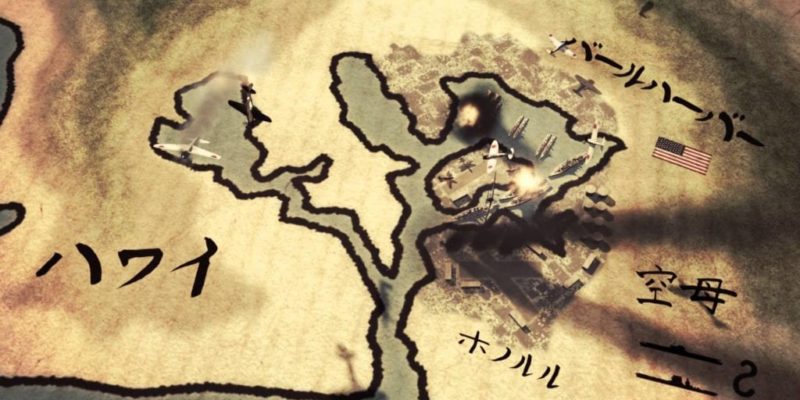 It’s time to get strategic with another IncGamers competition, this time for Order of Battle: Pacific.

Our latest competition gives you the chance to snag a Steam code for Slitherine and The Artistocrats WW2 strategy title.

Set in Pacific theater of WW2, Order of Battle: Pacific features playable campaigns for both the US-led Allies and the Japanese Empire. Starting from the attack on Pearl Harbor, the dynamic campaign system allows players to alter the course of history and even win the war as Japan in the fictional “what-if” conquest of Australia, or lead the Allied forces from the struggle at the beginning of the war to ultimate victory with the invasion of Japan.

With a selection of over 500 unique looking and behaving units, players can build and manage their army and fleet throughout the campaign. Early units include the iconic M3 Stuart, Type 97 Chi-Ha, A6M Zero and F4U Corsair fighters. As new technology becomes available, players eventually gain access to high-tech and prototype units such as the Nakajima Kikka and P-80 Shooting Star jet-fighters, Montana and Super Yamato Class battleships and T28, T29 and Type 100 I/O heavy tanks.

A unique system of Specializations allows players to customize their forces with special units, bonuses and abilities that reflect the difference in strategies and mentality of the opposing sides. Focus on the merciless Japanese fighting spirit with Banzai Charge and Bushido Code, establish supply advantages with the Tokyo Express, or gain access to B29 Nuclear Bombers through the Manhattan Project.

A set of unique Commanders – split between Generals, Pilots and Captains – is gradually unlocked in the campaigns. Commanders can be attached to specific units to provide unique bonuses to anything in their command range. While good use of unit types and tactics remains the player’s priority, clever use of Commanders can tip the balance in an offensive operation or buy just enough time in defense to turn the tide to your favor.

Add an intuitive in-game scenario editor, up to 4 player multiplayer support through Hotseat or Slitherine’s PBEM++ server system and you have a game with endless re-playability

Sound good? All you need to do it post a comment below and you will be entered into the draw. To make sure you are entered into the draw, we advise you to login with your IncGamers site account and not a social media login or Steam because we can only select winners with a valid email address.

We’ll contact the winners in a few days so sit tight while we give Tim’s Tombola of Tribulation a spin to select the lucky gamers. Good luck!