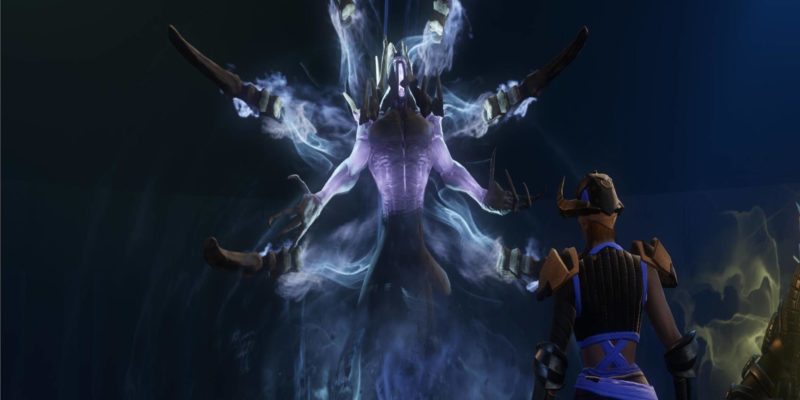 I’ve been very critical of Wolcen: Lords of Mayhem recently, and with good reason. There are a number of flaws that I’ve enumerated in our official review. Likewise, the endgame can leave you disappointed when compared to Diablo III‘s and Path of Exile‘s. Still, I’d be remiss if I didn’t give credit where credit is due. Wolcen: Lords of Mayhem sits on the cusp of greatness, and its small development studio needs to only work on a few things to get there. Here are some suggestions.

Wolcen: Lords of Mayhem – The Lords of Fashion

If there’s one thing I absolutely love in Wolcen: Lords of Mayhem, it’s the transmogrification (transmog) feature. It’s one of the best that I’ve had the pleasure of trying. I might even joke around that the “Lords of Fashion” is the true endgame.

You can assign any armor or weapon skin that you’ve obtained, and you can mix and match these with existing dyes. If you want to look like an elf who was an extra in The Lord of the Rings, you could do that. Alternatively, you could scream at the top of your lungs to praise the Chaos Gods while emblazoned with something akin to Warhammer 40K‘s Eye of Horus. All of these items can be found in-game, so there’s no need to spend an extra dime. 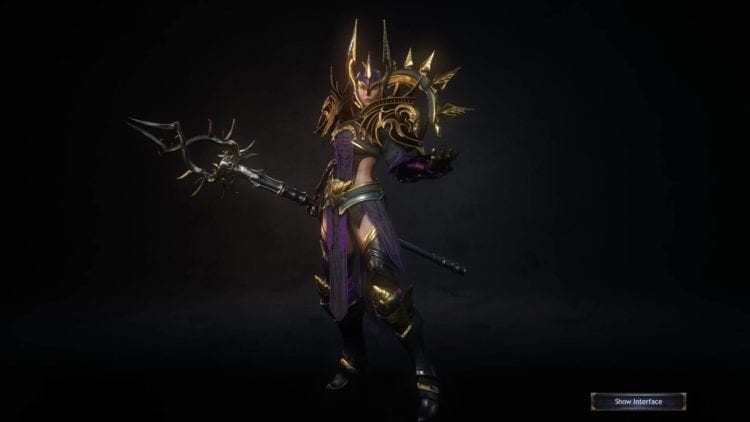 This is my favorite transmog when playing as a caster.

The most obvious problem, however, is that the loot drop system is quite opaque in this regard. You’re either told of an item’s name or type, but not if you already own the skin. It’s also unclear when new sets of transmog loot become available. Even after reaching level 80, I still don’t know if these sets are dependent on your level, a dungeon tileset, an Expedition rank, or some other factor.

In practice, you’ll end up looting items regardless of quality or rarity because they might provide you with new transmog skins. Your inventory will get cluttered quickly trying to pick up random stuff hoping you’d get new models. Speaking of clutter, you can also get duplicates of skins that you already own in your cosmetics menu.

It’s possible to buy weapons and armor from a merchant NPC named Mohabi. Unfortunately, there’s also no indication of which skins you’ve already acquired. A simple solution would be to add an asterisk (*) after an item’s name just to denote if you already have that particular skin.

Note: This also applies to dyes whose recipes you’ve already learned. A good idea is to have some dyes sold by a vendor as opposed to relying on RNG to find them in the wild. Lastly, allowing dyes to be applied to weapons would also be a neat addition. 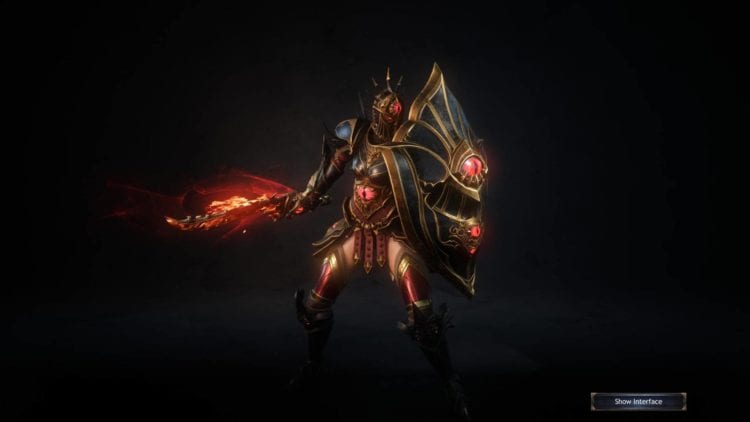 Switching to a more defense-oriented shieldmaiden has me cheering for Horus Lupercal.

Wolcen: Lords of Mayhem has to be praised for its implementation of a class-free system. You can learn any skill and even use duplicates if you want. The only restriction would be the weapons you’ve equipped. Potentially, this leads to a more dynamic and freeform flow of combat, one where player customization is of utmost importance.

The biggest flaw, however, is how clunky things can be. As you progress through the campaign in Wolcen: Lords of Mayhem, it’ll become paramount to master effective dodging, auto-dashing, skill timing, and the use of potions. Unfortunately, animation locks can become detrimental.

Most actions prevent you from doing anything else for a split second until an animation is finished. This means having to press keybinds several times to ensure that they’d work. The input delays can end up becoming a nuisance in more hectic boss fights. As such, it’s imperative for animation locks to be addressed in order to make combat more fluid.

In relation to this, Wolcen Studio also needs to look at more viable movement and targetting systems. Pressing left-click as a melee character can have you running around in circles. Meanwhile, holding shift+left-click to “force attack” just makes you stand in place while slashing the empty air. Lastly, it should be possible to bind a skill to your mouse’s left-click button instead of the default attack. There are a number of useful “rage generation” skills already that’d make your weapon’s attack moot. 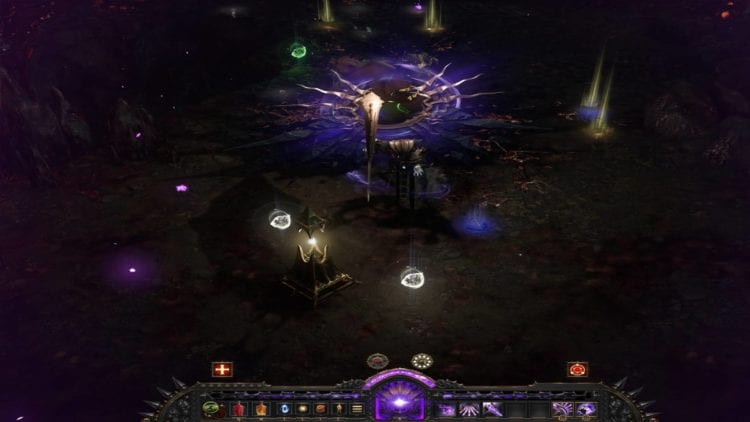 On the subject of combat, Aspects of Apocalypse transformations still need to feel more impactful and usable during dungeon delves.

Wolcen: Lords of Mayhem already has a dozen or so gems that you can socket to your gear. Each gem type has its own effects, and multiple tiers lead to nifty combinations. Of course, this presents yet another area for improvement. Currently, gems can only be obtained from drops or vendors; there’s no way to upgrade or merge them. You won’t find additional use for the gems you acquire as you level up and they’ll likely be sold to merchants.

As for gear pieces, I’ve already addressed unique and legendary items in a previous article. Yes, the system could use some work, but it goes without saying that Wolcen: Lords of Mayhem offers you loot drops in abundance. Possible tweaks herein include:

I have four of these unique items. They’re all at level 40. Only one of them dropped when I was at that level. The other two dropped at levels 64 and 75 respectively.

Wolcen: Lords of Mayhem had its gold/item dupe exploit fixed recently. But, the means of acquiring gold without resorting to exploits remain lacking. For example, I’ve yet to see an item that has a “Gold Find” stat boost, and Golden Scarabs can be quite rare. The only other method is from a Stormfall panel upgrade that costs a whopping amount of resources. Even worse, Expedition ranks won’t matter. Breaking several objects during a level 80 delve will net you roughly the same amount of gold as though you’re in a level 40 romp.

While gold is fairly useless in Wolcen outside of the aforementioned transmog effects, gem socket rerolls, and Stormfall upgrades, the latter’s costs skyrocket quickly. Many of the projects will eventually require hundreds of thousands of the resource to the point that gold farming methods will become a necessity as you progress. 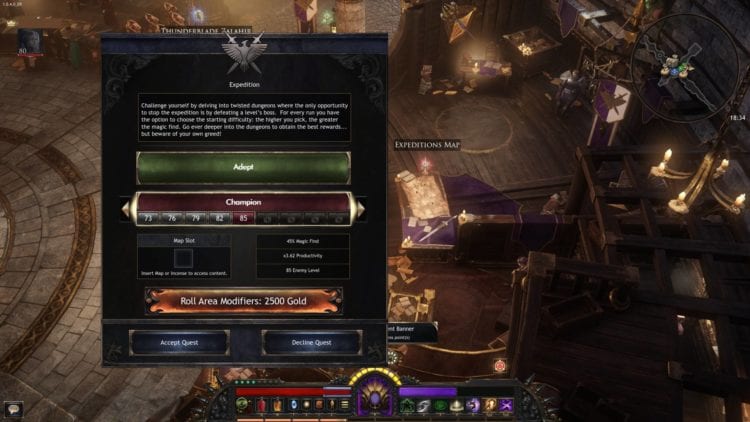 Two more things that need to be addressed: First, exp-boosting perks and items would be helpful for the grind. Second, Expeditions should always automatically highlight the highest level. It helps prevent mishaps when you accidentally forget to click on the rank unlocks.

Wolcen: Lords of Mayhem is not perfect, not by a longshot. Still, it has all the right ingredients to become a worthy competitor against ARPG mainstays such as Diablo III and Path of Exile. Wolcen Studio’s first-ever offering shows a lot of promise, and its foundations are strong despite a rocky launch. Should we see fine-tuning, fixes, and QOL improvements, the game could become one of the all-time greats in the genre.