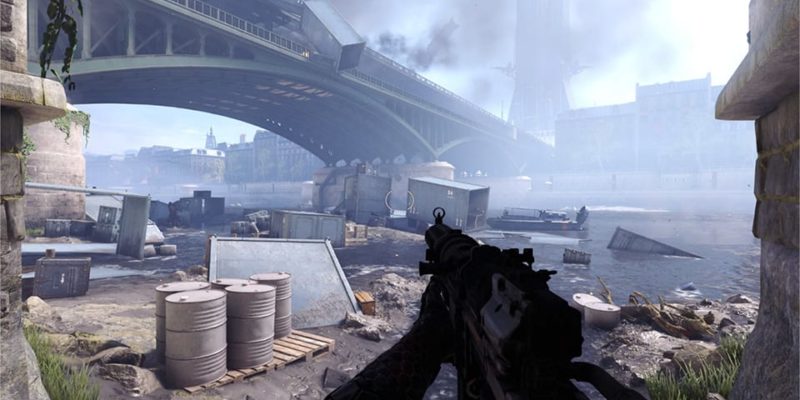 Wolfenstein: Youngblood‘s update 1.0.7 went live today. As the biggest content update yet for Youngblood, it will bring a lot of new content for fans of the Nazi-stomping shooter. Check out the video below for a glimpse of new areas and new enemies.

Explore ALL NEW areas of Paris in #Wolfenstein: Youngblood Update 1.0.7, our biggest content update yet, now LIVE on PC, PlayStation 4, and Xbox One; and coming soon to Switch! https://t.co/bX13XLu5m5 pic.twitter.com/P6iXrDFaNK

The new Wolfenstein games introduced players to the Da’at Yichud, an ancient society that possessed powerful technology. Players can now take part in a Treasure Hunt mission to find a lost Da’at Yichud chamber. This is intended to be endgame content, and developers MachineGames and Arkane Studios recommend that you be at least level 40 to take on the challenge.

Once players have completed the Treasure Hunt mission, they unlock Treasure Maps. These maps will be scattered across the game world. If players collect a certain amount, then they uncover the location of an artifact, which will grant a number of rewards to the player. You’ll also get the chance to hop into new areas, like a Parisian reservoir and a secret Nazi bunker.

Youngblood‘s update is also bringing new abilities for you to play around with. One is the Silent Killer ability, which skews towards those who prefer a stealthy approach, obviously. Another is the Resilience ability, which helps mitigate damage from explosions. It sounds like they are trying to broaden playstyles as players begin to delve into endgame content.

New skins are available with Update 1.0.7.

Also, expect new enemies to pop up. They include the Wurmlochsoldat (a teleporting soldier), the Electrodrohne (a Tesla drone), and the Turmhund (a robot dog with a turret.) Utilize your new abilities and artifacts to defeat these powerful enemies. You can also fight them in style with new pep signals and several new skins for the Terror Twins.

For more information, check out the patch notes. If you are on the fence about purchasing the game, check out our review, where we gave it a 7 out of 10.