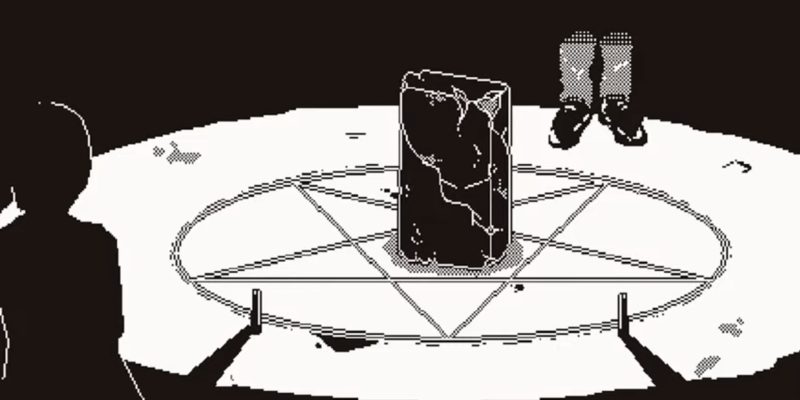 1-bit retro horror title World of Horror is finally going to be in our mutated, webbed hands on February 20.

This initial release will be in Early Access form, with the full release coming later in 2020. That said, it looks like we’ll have a fair bit of content: five playable characters and ten ghastly mysteries to investigate.

A World of Horror 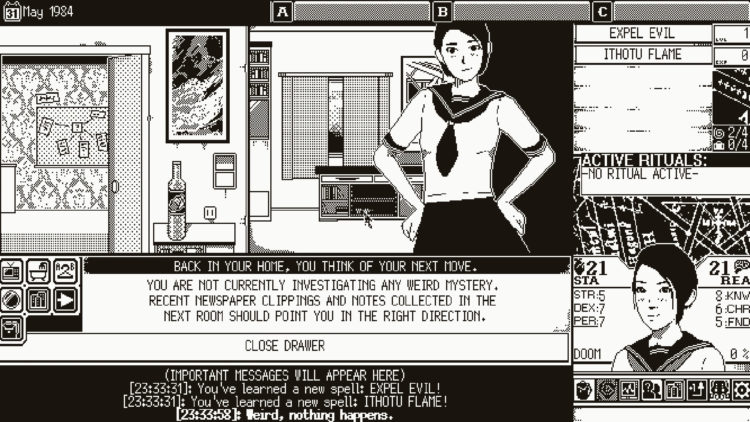 I’ve been looking forward to World of Horror for quite some time. It’s a roguelite RPG with 1-bit graphics done in MSPaint, proving that the only thing scarier than using MSPaint is what this developer has managed to do with it.

As one of five characters – each of whom has their own stats, plus unique perspectives on the events – you’ll investigate some spooky goings-on in your sleepy hometown. The whole thing is inspired by the works of both H.P. Lovecraft and Junji Ito, so you can expect some horrible art (in a good way) and a lot of sanity problems. Most mysteries are based around Japanese folklore like the Kuchisake Onna, but you’ve also got to worry about the overarching problem of an eldritch deity waking up…

Words that must not be read 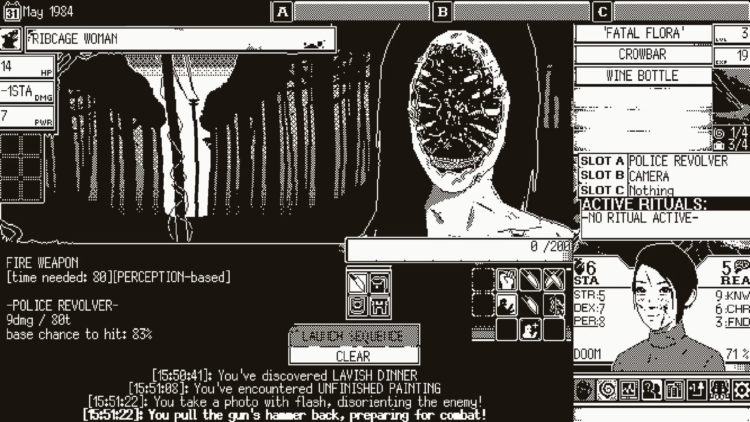 Every mystery will have multiple endings, and procedurally generated events mean that replayability will very much be a thing. The more you investigate the World of Horror, the better chance you have of finding the best possible way of surviving each horror story. But looking into this sort of thing probably isn’t good for your mental health. And yes, the more you play, the more events and possibilities you’ll unlock.

While World of Horror is pretty much a one-man project, I didn’t know that Cassandra Khaw (Ubisoft scriptwriter, with credits including Wasteland 3 and Sunless Skies) was helping out with some of the text. That hopefully means that the typos you can see in the below trailer will be ironed out before launch.

World of Horror will hit Steam Early Access on February 20, at a price point of $14.99 USD. The full version, due later in 2020, will include more characters, mysteries, and events. You can try out a demo over on itch.io to get a limited taste of what’s to come, or check out the release date trailer below.

Cyberpunk 2077 has been delayed into September

Horizon: Zero Dawn may be heading to PC soon