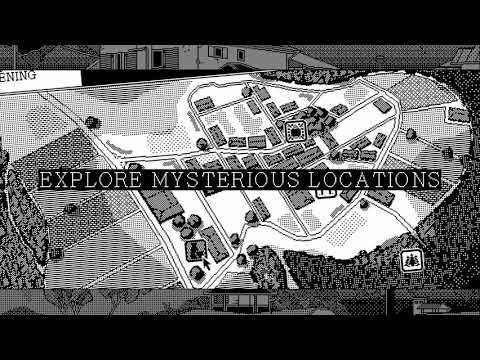 Publisher Ysbryd Games announced World of Horror today, a retro horror game scheduled to release in 2019. According to the publisher, World of Horror developer Panastaz drew inspiration from Junji Ito and H.P. Lovecraft in creating the horror RPG. The game’s announcement trailer sets a bleak tone. Though it looks minimalistic, the game’s lo-fi art adds a sense of quiet dread.

In World of Horror, players must try and survive in a small, seaside Japanese town. This sleepy village becomes a place of utter madness once long-forgotten Old Gods awaken from their slumber. Players will confront unimaginable creatures and question their sanity as they attempt to stop the invasion.

World of Horror blends turn-based combat and branching narrative decisions. Players can use different “event cards” to alter the story’s flow. Using different cards can unlock clues about the Old Gods or introduce new mysteries into a playthrough.

World of Horrors’ devs want to haunt you

In a statement accompanying the World of Horror announcement, Panastaz founder Pawel Kozminski said: “I set out to create something that illustrates just how vulnerable one’s sanity can be. I want World of Horror to haunt players in a way that creates an uncomfortable sense of apprehension, something that slowly builds uneasiness and anxiety through atmosphere and the uncanny.”

With such a clear mission statement, it’s no surprise that Panastaz cites Junji Ito’s work as a major inspiration. The Japanese author is a master of the macabre. His work’s bizarre scenarios and twisted tales fall right in line with World of Horror‘s small-town setup. The game’s one-bit art style might not look like much, but its minimalistic approach allows for tension and dread to build.

World of Horror is set to release in 2019. In addition to a proper PC release on Steam, Ysbryd confirmed a Nintendo Switch and PS4 version as well.