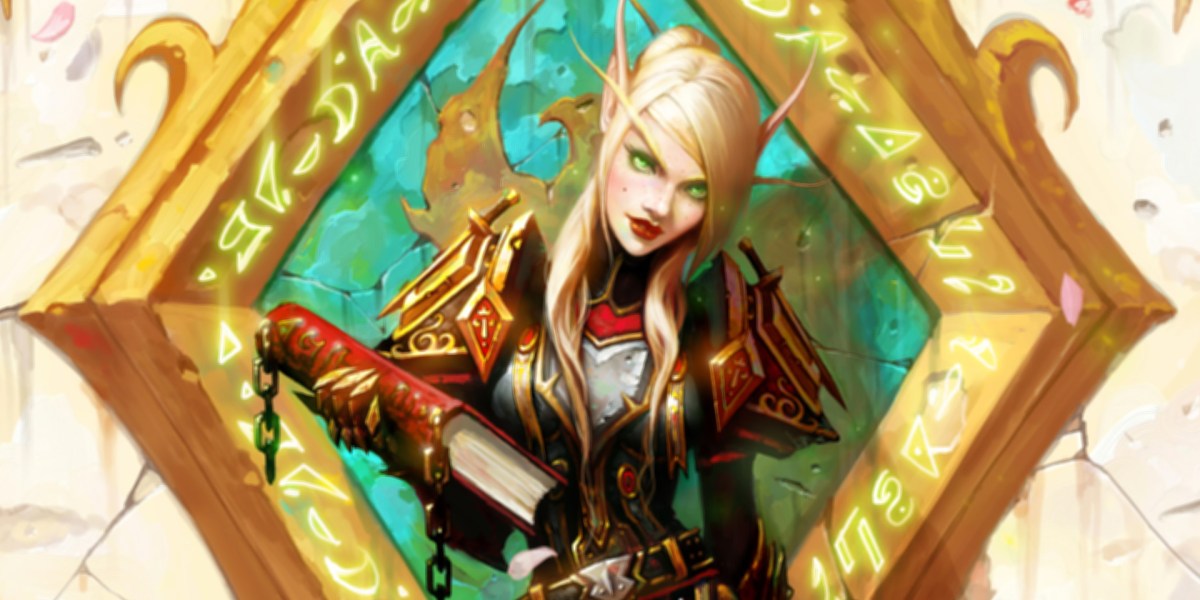 The upcoming World of Warcraft: Shadowlands is bringing with it many new character customization options. Different races are getting new eye colors, hair colors and styles, tattoo options, makeup, and even jewelry. Most races are also getting new skin tone options, such as new fur colors for Worgen and Pandaren. That brings us to the subject of this article: dark-skinned Blood Elves.

The fact that Blizzard is trying to introduce a little more diversity in its character customization options is not a secret. New racial features for human characters, allowing players to create characters who look African or Asian rather than European, were announced during the WoW What’s Next panel during BlizzCon 2019. Darker skin tone options for Blood Elves also add some more diversity options to the game. But how do these skin tones fit into the lore? Aren’t Blood Elves canonically pale? To understand the answer to that, we need to look into the history of the Blood Elves themselves. 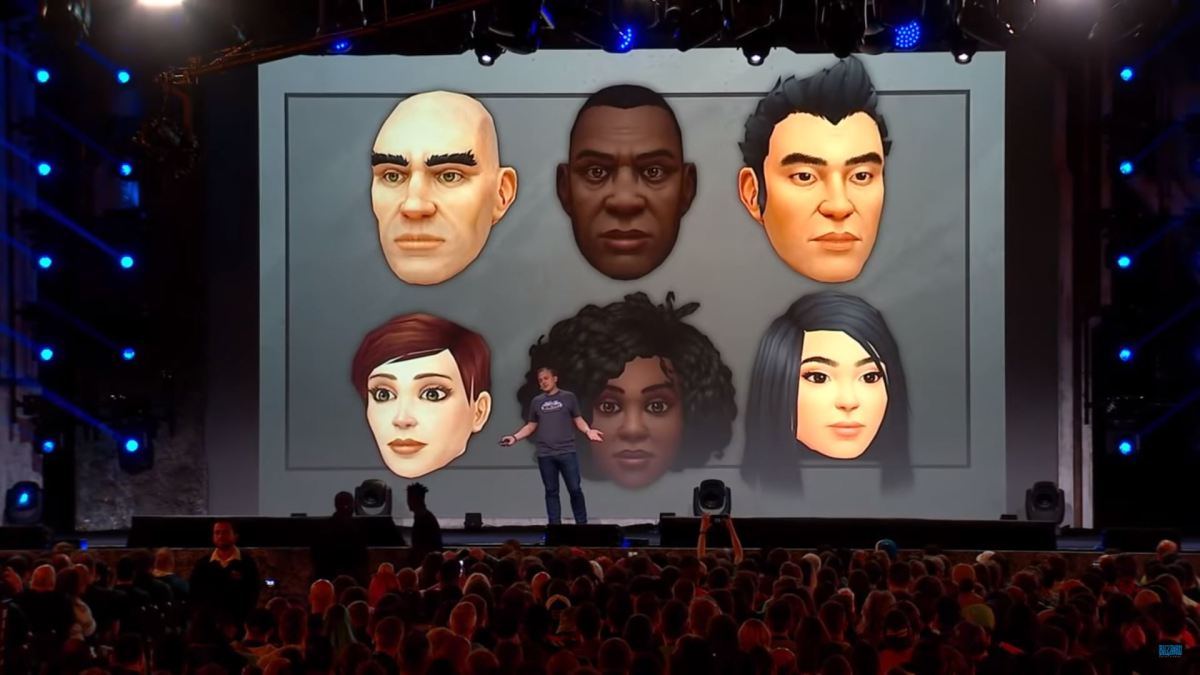 In ancient times, a group of Dark Trolls who had settled near the Well of Eternity began to change as a result of their contact with the Well. A source of powerful magical energy, the Well transformed the trolls into the Night Elves, whose magic soon made them the most powerful race in Azeroth. The more power and luxury they obtained, the more they wanted, until the most noble of the Night Elves, the Highborne and their Queen Azshara, tried to bring the fallen Titan Sargeras and his Burning Legion into Azeroth. Not all Night Elves were on board. A resistance was formed to push back the invasion of the Legion. This conflict was known as the War of the Ancients, and it resulted in the Sundering, a cataclysmic event that tore the world apart and created the Azeroth we recognize today.

The Sundering had been caused by the Well of Eternity destabilizing and exploding. Queen Azshara and her Highborne had been drawing on the Well, weakening it in their quest for more magical power. It was decided that magic would have to be banned, but the Highborne were addicted to magic and unwilling to give it up. Rather than slaughter them all, the new Night Elf leaders banished the Highborne. 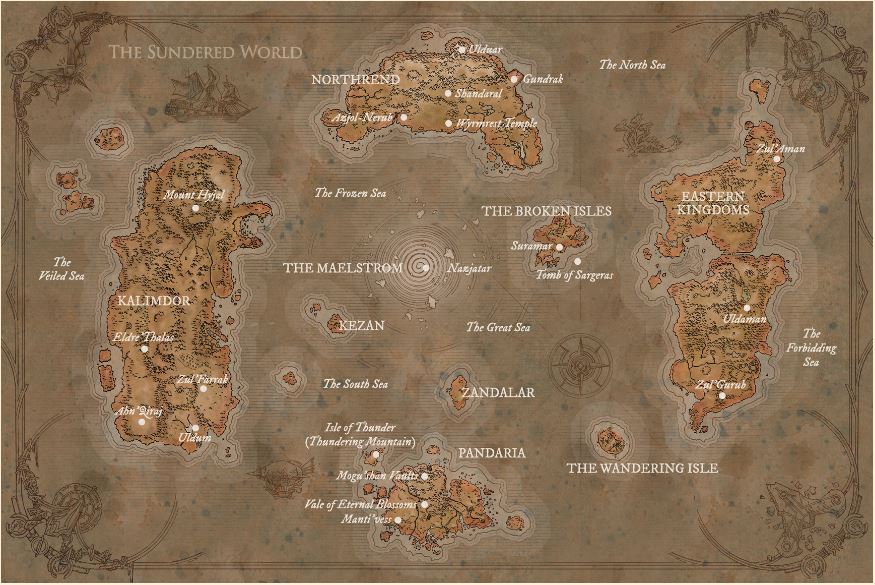 A map of Azeroth after the Sundering – from Chronicle Volume I

The exiled Highborne would eventually settle in the Eastern Continent, in a kingdom they called Quel’Thalas, and become known as High Elves, but the journey was difficult, changing them. From Chronicle Volume I:

“After being exiled from the Well of Eternity, the Highborne began to feel the effects of aging and disease. Their skin had even lost its violet hue, and they had begun to shrink in stature. The Highborne feared that the effects would only worsen over time.”

Modern Blood Elves are the descendants from these High Elves. The Blood Elves specifically are those who took the name as a sign of mourning after Quel’Thalas was all but destroyed by Arthas and his Scourge — which is why you can still find High Elves that are not Blood Elves in Azeroth. They would go through more physical transformations — a dependency on fel magic would turn their eyes green, while a return of a Sunwell would turn some of their eyes gold — but the only time their skin changed was when it lost its violet hue.

It’s important to note that it’s not stated that the Blood Elves ever became paler, but rather that they simply lost the violet coloring of the Night Elves. Considering the fact that the Night Elves themselves descended from the Dark Trolls, it’s reasonable to assume dark skin tones have been in the Night Elf genes from the start. As the only difference between Night Elf and Blood Elf skin tone is a lack of purple, then it’s also reasonable to assume that dark skin tones are entirely plausible for Blood Elves. 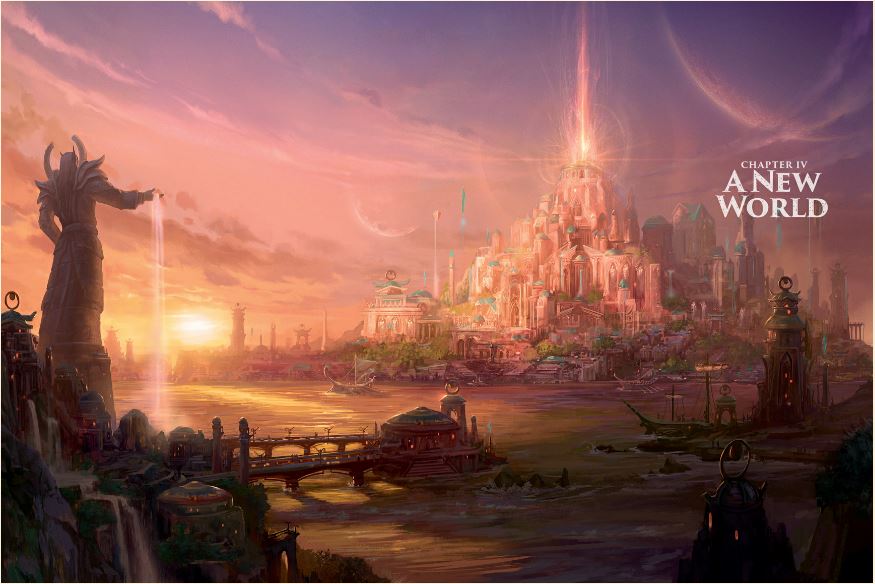 The High Elf Kingdom of Quel’Thalas – from Chronicle Volume I

In a 2018 Battle for Azeroth Q&A, Ion Hazzikostas was asked about the long-requested option to create High Elves, who traditionally side with the Alliance. Ion’s response included these comments:

Of course, the argument is that Ion says Blood Elves are fair-skinned; therefore, they can’t be dark-skinned. However, Ion also said that Blood Elves are blonde-haired and light-haired, but Blood Elf customization options have included red, brown, and black hair color options from the start. I think it’s quite easy to see Ion was never making a canonical statement about the very nature of the race of Elves, but rather listing an option that’s available when you create a Blood Elf. 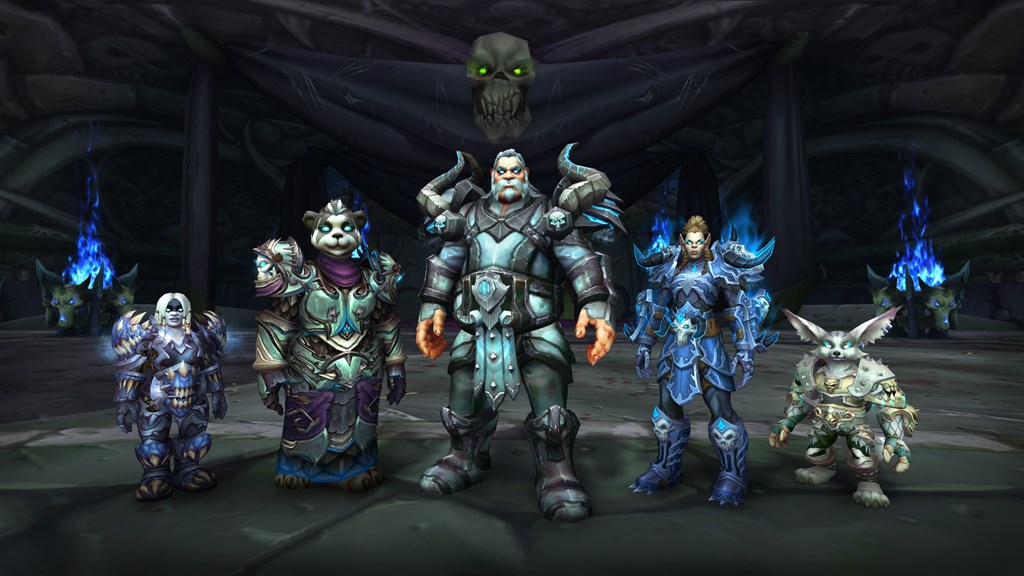 At the end of the day, like the Elves themselves, World of Warcraft is always evolving. Even if it were proven that Blood Elves have never canonically been dark-skinned before, that wouldn’t mean there can’t be dark-skinned Blood Elves now. Canonically, there were never gold-eyed Blood Elves, until there were. Canonically, there were never Tauren Paladins, until there were. Canonically, Medivh and Garona had a half-human, quarter-draenei, quarter-orc child named Med’an who was able to use shamanic magic, arcane magic, and divine magic, making him so ridiculously powerful and, frankly, boring that he was never actually added to the game and was later written out of the canon when Chronicle came out. The canon can, and has, changed. World of Warcraft has such a rich and fascinating lore, but it exists to serve the game. So the ultimate proof that dark-skinned Blood Elves fit into the lore is, simply, that they are being put into the game.

And as far as our characters’ own lore goes, Shadowlands is introducing quite an interesting change. Up until now, character creation has always been limited to characters that exist in a certain period and location in Azeroth’s history. For example, a Worgen character is always specifically a Gilnean Worgen who was turned shortly before the Cataclysm brought down the Gilnean Wall. An undead character is always very specifically a dead human from Lordaeron. A Pandaren is from the Wandering Isle rather than Pandaria itself. This is because every race has its own starting area with its own storyline to follow. 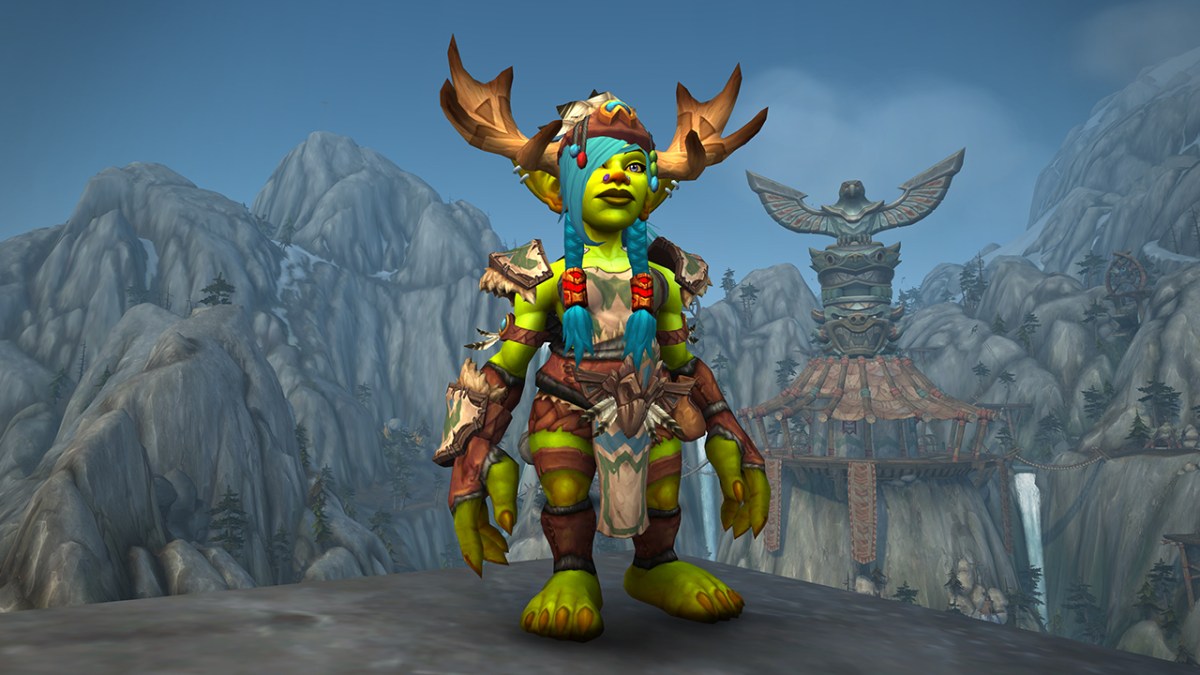 It’s all been very restrictive for those of us who can’t stop thinking about Highmountain Goblins.

However, Shadowlands is changing the new player experience so that, while the original areas will still be there, most new characters will all share the same starting experience — one designed to introduce the mechanics of World of Warcraft to new players.

This means that the very limiting restrictions on who your character is and where they come from have been lifted. It’s one of the main reasons for all the new customization options we’re seeing in the Shadowlands alpha. Dark-skinned Blood Elves are only the start — the possibilities have just become nearly endless. And for me anyway, that’s pretty exciting.

By Leo Gillick6 days ago
News