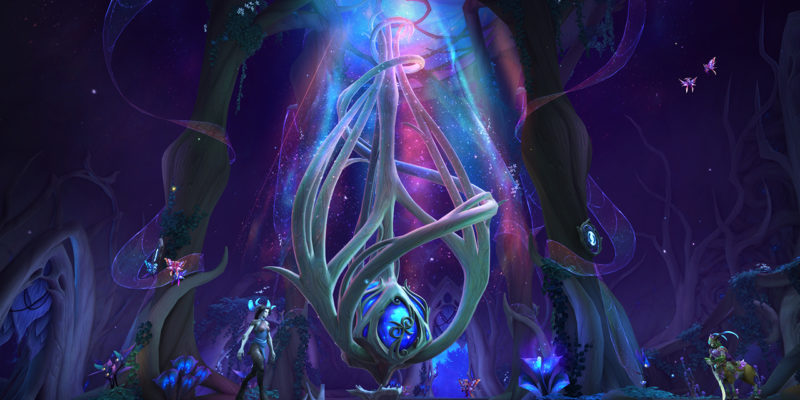 World of Warcraft Shadowlands finally has a release date. The upcoming expansion opens in exactly two months, starting on October 26. With a beautiful episode of the animated series preceding it, Blizzard announced the release date during the Gamescom Opening Night Live. And those who reside in America are extra lucky, as this is a global launch set to European time. That means you’ll get to enter the Shadowlands on October 26 at 7 PM ET.

The Shadowlands are opening soon, pre-patch is imminent

A World of Warcraft expansion is not complete without a pre-patch, which usually happens a few weeks in advance. With about eight weeks to go, that could happen any day now, though most likely in about four weeks. The pre-patch will bring all the systems and changes of Shadowlands, including the much-awaited new customization options and transmogrification changes. Get ready to look fancy with new hairstyles, faces, and all that good stuff, and even transmog your Legion artifact across talent specializations.

With quite some classes not even close to polished on the beta, however, it’s a surprise to learn it’s coming before even November. It is welcome news, of course, and pre-patch coming up, the wait probably won’t even feel that long. 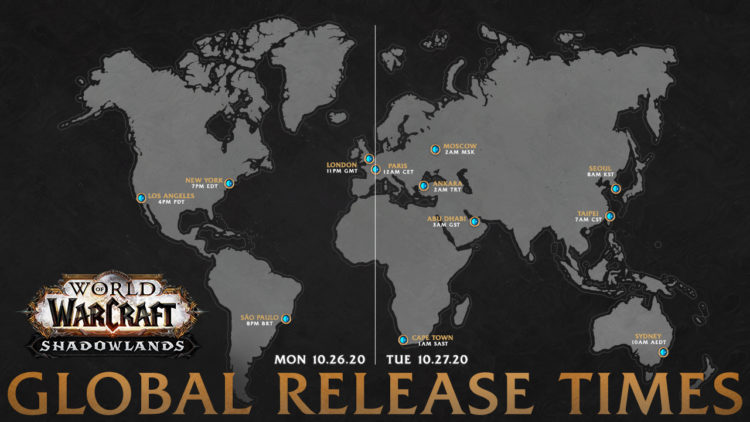 The first episode of the animated Shadowlands series Afterlives was also shown, introducing us to Bastion and its denizens. In an emotional and beautiful episode, we finally got to see Uther Lightbringer and Arthas Menethil again, with accompanying iconic music to send chills across your body. It seems likely we’ll run into Arthas at some point in the expansion as well, which is a scary thought with such a beloved story. The next three episodes will each air on a weekly basis, on September 3, 10, and 17, and will showcase Maldraxxus, Ardenweald, and Revendreth respectively. Check out the first episode and Shadowlands release date trailer below.

Call of the Mountain patch notes breakdown for Legends of Runeterra