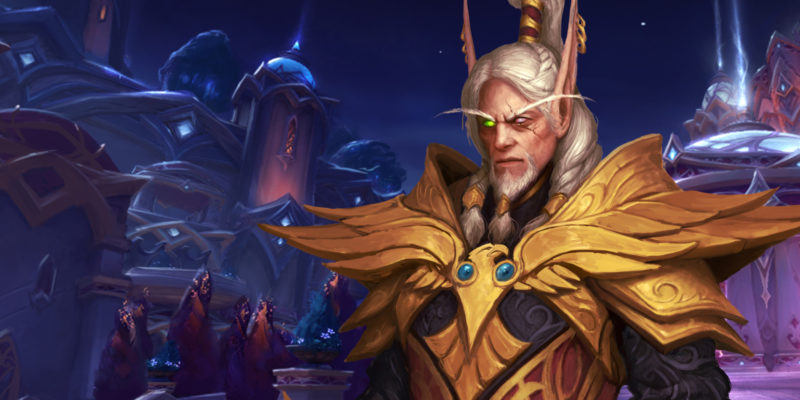 As is tradition before a new World of Warcraft expansion, Blizzard has released a free short story — this one about the Blood Elf faction leader, Lor’themar Theron. It’s called “A Moment in Verse” and is written by Madeleine Roux, the same author who wrote the upcoming World of Warcraft: Shadowlands prequel novel, Shadows Rising.

The story focuses on the budding relationship between Lor’themar and First Arcanist Thalyssra, the leader of the Nightborne, one of the Allied Races who joined the Horde during the events of Legion. Like the Blood Elves, the Nightborne are an Elven race with a taste for both magic and the finer things in life, but the similarities don’t end there. Both races have suffered a great deal, and both were betrayed by their former leaders. 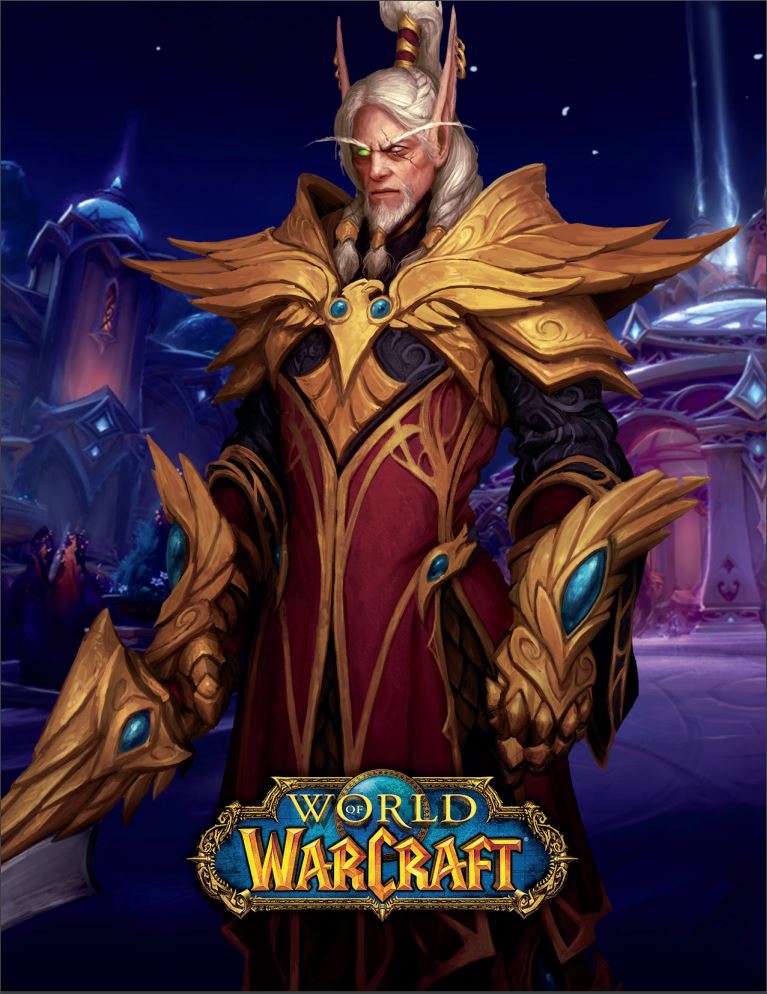 Lor’themar and Thalyssra were able to get to know each other well during patch 8.2, Rise of Azshara, as they were sent to Nazjatar to lead the assault against the Naga Queen. By patch 8.3, they were openly flirting, so it’s not a huge surprise to read that they are now solidly in a relationship.

Despite having plenty of story of his own, Lor’themar has often felt like an overlooked character in World of Warcraft‘s lore. The previous leader of the Blood Elves, Kael’thas Sunstrider, played an important role in Warcraft III. While he turned evil and became a boss in Burning Crusade, his statues are still all over Silvermoon City, and it’s been difficult for Lor’themar to step out of his shadow. The character feels that himself, often grappling with the pressures of leadership, a role he never wanted in the first place.

Since Sylvanas abandoned the Horde, the decision has been to dissolve the position of Warchief completely and to replace the leadership role with a Horde Council. Every race’s leader has an equal position on the council. In “A Moment in Verse,” we see that this has greatly increased the pressures and duties on the various leaders, as Lor’themar is so busy he barely has a moment to visit Thalyssra in Suramar. However, he does manage to get away, and we get to enjoy the most Elvish flirting I’ve ever read. The story is really a delight and a continuation of a trend of more thoughtful, personal stories that focus on character rather than action.

By A.K Rahming12 mins ago
Hardware