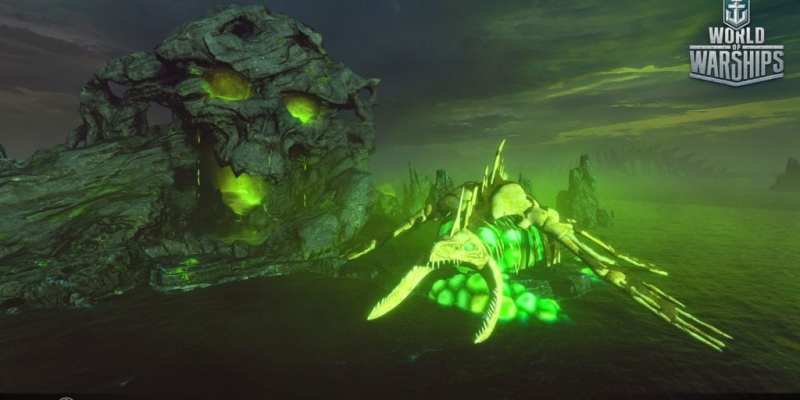 The Halloween Port update for World of Warships is live today. With it comes submarines, a feature that fans have requested for quite some time — however, there is a catch. Of course, there are also spooky things aplenty with this update. A green mist rises from the sea as ships take on a haunting visage.

Many of the ships have been granted creepy new camouflages to celebrate the ghoulish holiday. Some of the ships that get the thematic veils include the North Carolina, the Z-23, and the Mogami. The latter of these will have the first ever animated camouflage, becoming an eldritch horror of the sea.

Davy Jones has upgraded a bit.

The update will include three new operations to play. Saving Transylvania is the first, and it is available starting today. In this mission, you must escort the ship Transylvania across troubled waters before fighting the Rasputin, an enemy vessel. The second is Sunray in the Darkness, unlocking next week. Finally, Terror of the Deep will come out in two weeks, which will allow you to pilot a submarine for the first time in the game’s history.

Now you’re probably seeing that catch I wrote about earlier. Yes, World of Warships players will finally get their  barnacled hands on a submarine at long last. However, it’s exclusive to the final operation. Well, I suppose it’s better than nothing.

Either way, the mission sounds like a blast. Using the submarine, you maneuver through deep waters, delivering salvos and torpedoes to enemy craft. To add some challenge, you’ll also have to keep an eye on your oxygen level, which can only be refilled by breaching the surface. 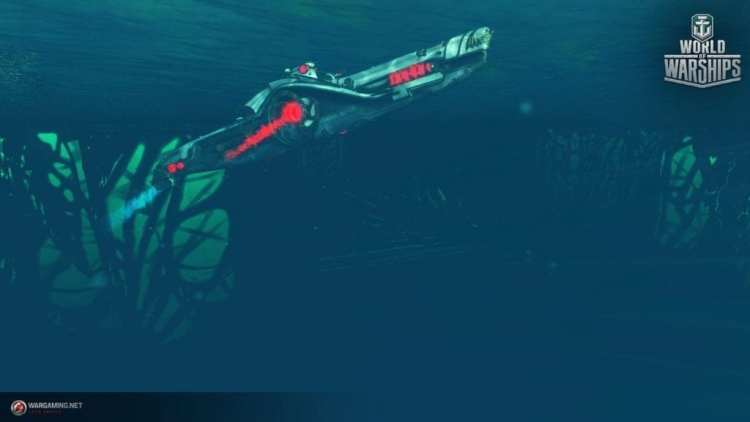 Submarines add “depth” to the norm.

From The Ice, To The Sea

The World of Warships Halloween update isn’t all about the scares. Nine new ships from the British and Royal Navy come included. There’s also a new commander, and I can’t believe I’m writing this, the Hockey star Alexander Ovechkin. Yes, the famous hockey winger is the first dual-nation commander and can be used for US and Soviet ships. He also has a variant for the Halloween event.

The Halloween Port for World of Warships is available now. For more on the update, check out the official announcement.

By Chirag Pattni7 mins ago
News