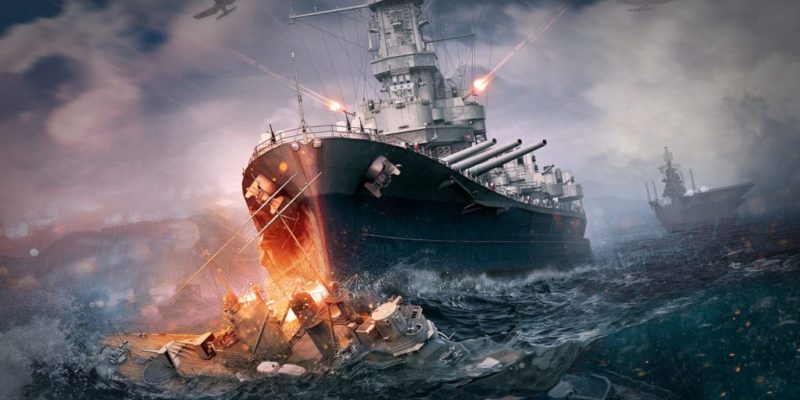 Wargaming has detailed the latest update for World of Warships, which is live now in early access. Update 0.9.9 brings a host of changes and additions, including new US battleships that form part of a live event. The live event centers around the new additions to the US naval fleet, and it has already begun.

The new US battleships feature powerful main armaments, good anti-torpedo protection, and great maneuverability. However, while their rudder is incredibly responsive, the ships are pretty slow for their type, as Wargaming attempts to create a balanced set of ships. Their main battery guns hold solid salvo weight and decent firing range, but take longer to reload. They contain middling anti-air defenses, although those can be upgraded with the Defensive AA Fire consumable. 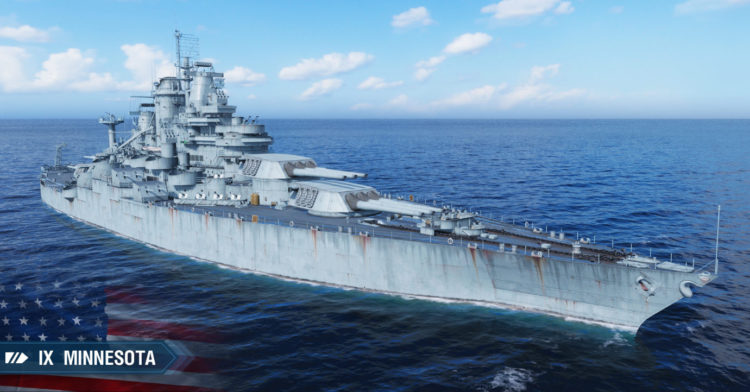 Two of the newly introduced ships are the VIII Kansas, which can be obtained by completing Directives, and the IX Minnesota, acquired by opening random bundles in the Armory. It seems like completing Directives is a worthwhile venture, as players can also get American Tokens from them, a new temporary resource that can be exchanged for bundles and other rewards in the Armory. Among which is the Gold Eagle permanent camouflages, applicable for the new US Battleships.

The update also marks the beginning of a new Clan Battles Season, in 7 vs 7 format for Tier X ships. A new feature is also being implemented in this Clan Battles season. Division Commanders will now have more options to invite players outside their Clan to join their Divisions for Clan Battles. This could add a lot more diversity to Clan Battles teams.

As is usually the case, update 0.9.9 brings in some additional improvements. There has been a few changes made to certain visual effects, and a pretty substantial change to the way servers work. Players will now be able to play on all servers under one client, rather than needing to install separate game instances for each region.

The latest update for World of Warships is now live.