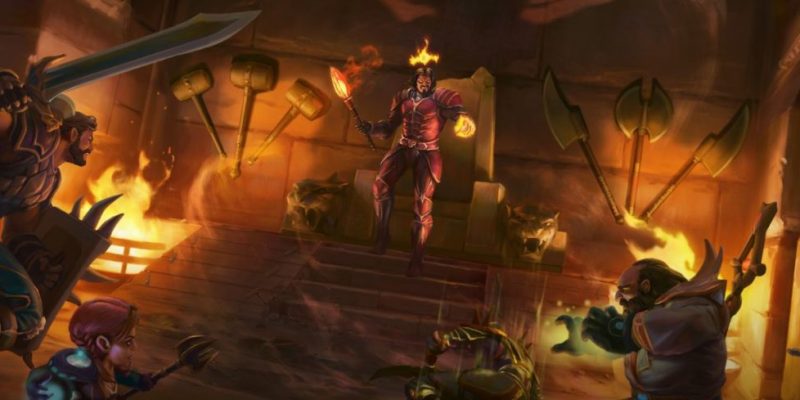 Assault on Blackwing Lair is a 40-person raid that will see WoW: Classic players delve into the depths of Blackrock Mountain to deal with the scheming Nefarian. Nefarian is the son of the infamous Deathwing. While he isn’t quite on the same scale as his father, in terms of size and power, he’s certainly a challenge for the level 60 heroes of Azeroth.

Nefarian has been experimenting with the blood of the Dragon Flights to produce unstoppable warriors. It’s these powerful foes you’ll have to dispatch to get to the mad Black Dragon and end his bid for dominance. The raid holds seven powerful bosses that players must overcome before they can take a swing at Nefarian.

If you manage to conquer all of Blackwing Lair, new levels of power will be your reward. Blackwing Lair allows players to complete their Tier 2 armor sets and receive the powerful eight-piece bonuses. It will also let you prance around in the armor, letting everyone who lays eyes on you know that you conquered Blackwing Lair.

Incredibly, the race to be the first to clear the Blackwing Lair raid in WoW: Classic lasted less than 43 minutes. First place honors had to be shared by European guilds Progress, from the Firemaw realm, and Calamity, from the Mograine realm. Both completed the raid in 42 minutes and 21 seconds. For us mere mortals, it’s going to be weeks of work to defeat the eight bosses.

Along with the Assault on Blackwing Lair raid, WoW: Classic received three other new pieces of content. Players above level 50 can now undertake class quests. Speak to your class trainer in any major city and they’ll send you on a journey ending in the Temple of Atal’Hakkar. Completing the quest will reward you with a choice between three rare items.

The last piece of content new to WoW: Classic is the iconic Darkmoon Faire. Visitors to the Faire can take part in games and quests to earn Darkmoon Prize Tickets. These can be redeemed for a range of rewards, including some epic-quality pieces of gear. The Darkmoon Faire will be in Mulgore until February 17. It will then return from March 10 to 16 in Elwynn Forest.

Joy and wonders await at the Darkmoon Faire.