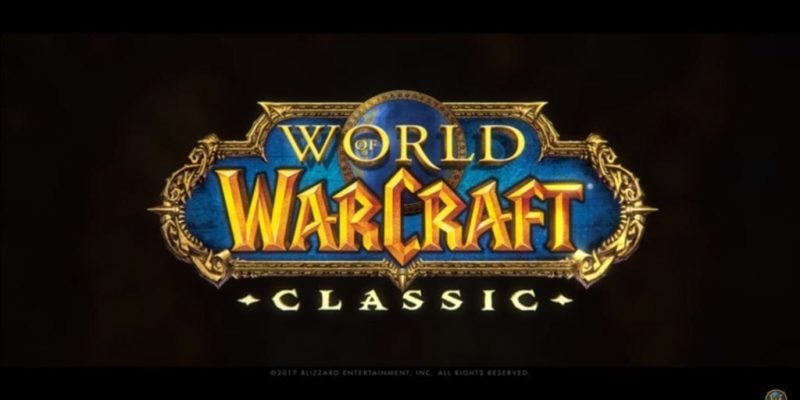 We all know that World of Warcraft Classic – the recreation of the MMORPG as it was at launch – is coming this August. Now we have also learned when users can experience some action before the actual release.

Blizzard has announced the WoW Classic pre-launch test, which will begin August 8 at 11:00 a.m. PT. The test will run until an unspecified time on August 9. All players with active subscriptions and left-over game time can participate. In fact, Blizzard implores them to hop in on the fun and play as much as possible in the early hours of the test. That’s when the majority of the team’s monitoring will take place. The level cap for the WoW Classic test will be set to 15.

Blizzard has also finalized the minimum specs for PC and Mac systems. As the studio claims in its post, WoW Classic should run fine on systems released in 2007-2009 (so, roughly a million years ago). One cool thing about it is that improvements in data handling procedures mean that the install size will actually be smaller than when the game (or rather the 1.12 “Drums of War” patch, the state of which WoW Classic will emulate) actually released. Here are the specs in full:

The Church in the Darkness review – May get a cult following