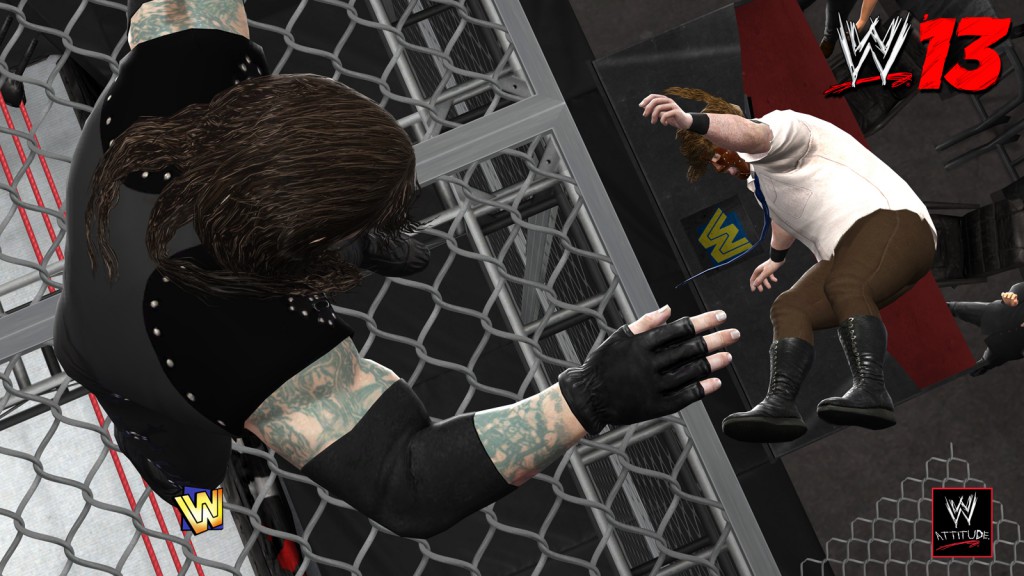 WWE 13 is seemingly about celebrating the past history of the wrestling institution as it about looking at the present. This year’s game features the Attitude Era as its showcase inclusion, a time of intense rivalry with the WCW and events and storylines that are far and away more violent and risqué than the PG-13 stance taken by the modern WWE.

We recently sat down with Cory Ledesma, creative director on THQ’s WWE franchise, to talk about why now is the right time to celebrate the Attitude Era and how difficult it is to explore that period without breaking that family friendly-er mantra of today’s mainstream pro-wrestling scene.

IncGamers: Why is WWE ‘13 the right game to look back at the ‘Attitude Era’?

Cory Ledesma: I’d say it’s the perfect time. When we discussed CM Punk being the cover athlete and how he’s changing the landscape of the WWE nowadays, he’s more of an edgy character and speaks his mind. From that angle it felt like a perfect fit to align CM Punk with the Attitude Era, which is one of the most edgy and celebrated times in wrestling.

Also, it’s been 15 years since the Attitude Era has been the spotlight in a game, so it’s about time it came back. We thought the original fiction we were doing in our past games was getting a little bit stale and we thought it would be great to relive the best fiction that the WWE has already created.

IG: It’s quite a shift going from original fiction to past WWE events. Do you think people are going to miss the ability to define their own stories?

CL: We have thought a lot about that issue. Yeah, players will know the events that are coming in the Attitude Era but a lot of people will have forgotten about them and it’ll be nice to be reminded again.

We also see the Attitude Era content as a bit of an educational piece for younger players that might not have experienced it. I’m in my thirties and I remember that era, but younger fans know of people like Stone Cold but don’t know all of his story. It’s cool that we can educate those guys and they can see the time when the WWE wasn’t the juggernaut it is now. There was a time when they had their backs up against the wall and were close to bankruptcy and losing out to WCW.

Those are moments that not everyone knows about and it’s cool to be able to show them in the form of an interactive educational piece. 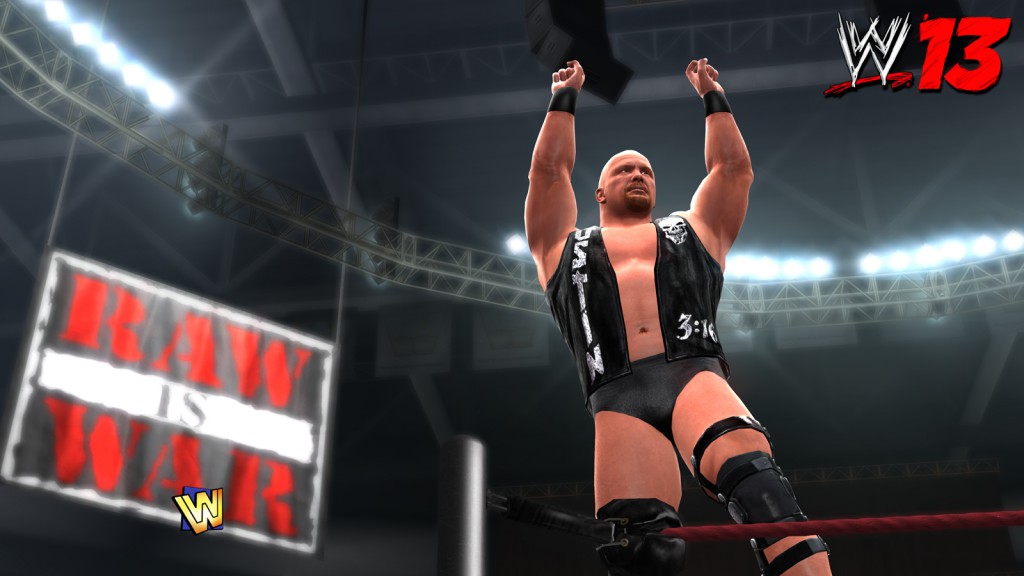 IG: A lot of stuff happened in the WWE around that time. How have you decided which years and which stories to focus on?

CL: I can’t tell you which years we’re picking yet, they won’t let me give that info away yet. We focus mainly on the struggles the WWE had with the ratings, in particular there’s a two year period when they weren’t doing so well.

How they pull themselves out of that is what we focus on, because that’s when the storylines that turned the tide in their favour began.

IG: What’s the relationship like between you and the WWE in terms of what you can show from that era? Back then there was a lot of post-watershed content – such as blood, nudity and bad language – but the WWE has gotten rid of that now…

CL: It was an edgy time back then and we are somewhat restricted on what we can show. Sometimes I think the WWE pushed it so much that even they weren’t totalling happy with it. Looking back I think they think some of their content was a little risqué.

We try to find a happy medium. It’s not as crazy and edgy as it was back then, no doubt. However, we didn’t make any major concessions and come across any matches that we couldn’t include. We can skirt around certain promos or storylines that are a bit much, but we never sacrificed any major storylines.

It’s certainly edgier than the PG experience that’s happening in the WWE now. It’s probably in that PG-13 grey zone; we don’t go too crazy but we don’t water it down because we want to show the era properly. 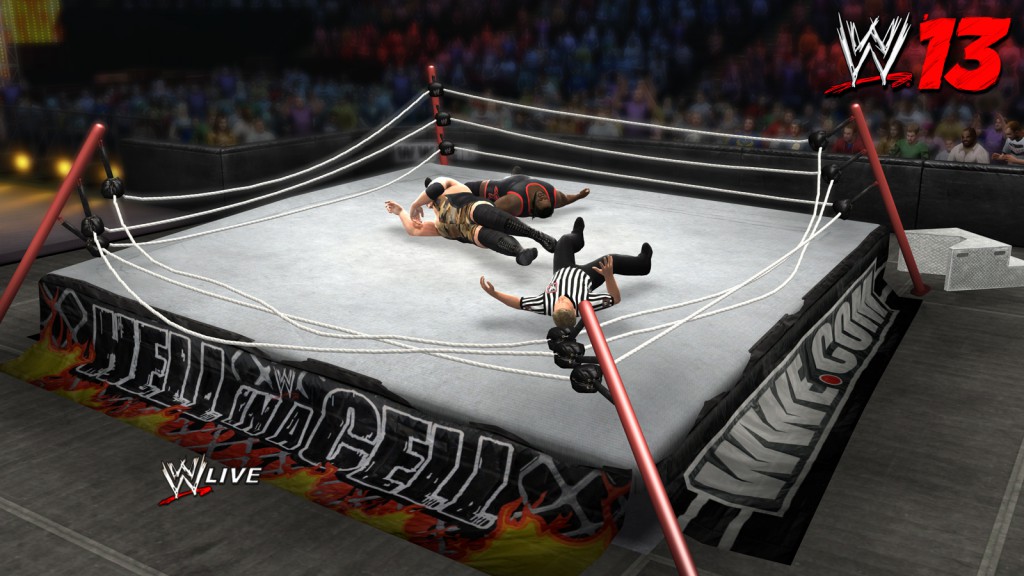 IG: Who decides which wrestlers are going to be in the game?

CL: It’s a collaboration between the WWE and THQ and often it’s the story that dictates which wrestlers are going to be featured in the game. The rest of the wrestlers that are in there depends on their popularity levels in the WWE itself.

We’re also mindful of making the roster feel fresh. We release every year so we often switch guys around year on year even if they’re still playing a role in the WWE.

IG: A new engine was introduced for WWE ’12. How successful do you think that was, and what have you changed about it for WWE ’13?

CL: It was by far the most successful thing we did last year. Some others areas we weren’t so happy with – like the story mode and the online servers – but we thought the engine brought a polished experience. We had a lot of positive feedback from fans about the engine.

The new technology was really just laying the groundwork for what we’re doing in WWE ’13 and what we’re going to do in future. We’re pushing it as far as we can with high-res character models, there are a lot of new animations and there are now contextual animations which means wrestlers no longer punch in the exact way they’re facing – they always punch towards the opponent.

That’s not the sort of feature that will make it onto the back of the box but when you’re playing it you feel that it’s smoother and feels better.

5 Games Attending To 5 Neglected Genres In The Gaming Industry

Olympics tops charts for another week

By Kevin Carignan3 days ago
Interviews