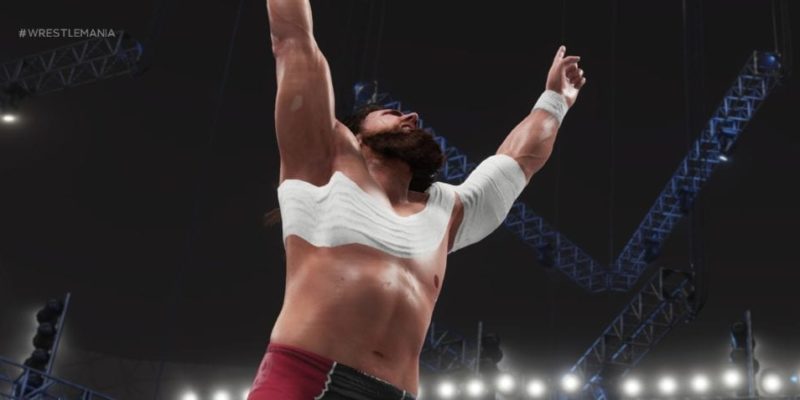 The WWE 2K games have always been a mixed bag. That’s a travesty considering that the WWE has remained on the top of the pro wrestling industry for decades. Yet we’ve been saddled with ho-hum games for the past few years. Just like Daniel Bryan’s commentary in his Showcase Mode, it feels as though every game these past six years has been “one step forward, two steps back.” What else can Yuke’s and 2K do to appease long-time fans? Well, WWE 2K19 can answer that. It’s significantly better than previous offerings and arguably one of the best in the entire WWE 2K catalog. 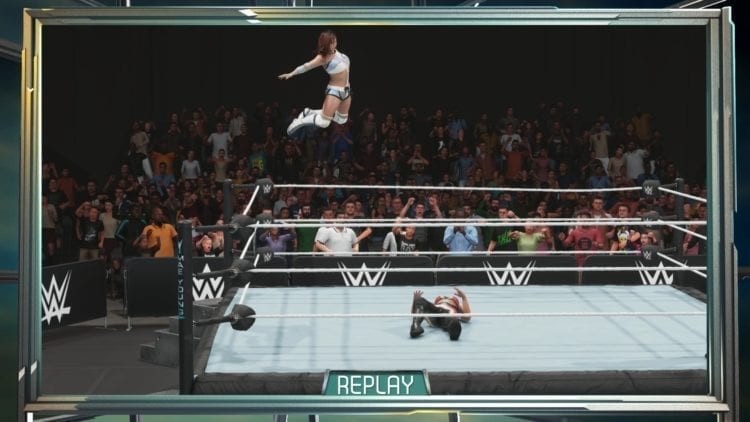 For starters, let’s talk about the first thing you’d notice when you boot up WWE 2K19. The graphics, lighting, and animation are a step up compared to last year. Wrestlers tend to look more like their real-life counterparts. However, there are some who have oddly chubby cheeks or weird expressions like “Perpetually Grimacing Randy Orton.” Still, that’s a lot better compared to previous iterations when we had “Nightmare Dana Brooke,” “Braces Renee Young,” and “WTF Kevin Owens.”

The crowd feels a lot more alive now. The details are more noticeable compared to previous titles when they were just a jumbled mass of humanity. There are also improvements to animations. They actually feel more impactful — a crunch that’s visible and audible when you hit moves. Do note, however, that there are some wonky moments such as limbs flapping around when a wrestler gets dropped near the ropes. It’s not a major bug, but it is awkward to see. Apart from that, I’ve yet to experience any game-breaking glitches like wrestlers getting stuck in an animation loop or their models passing through the ring itself. 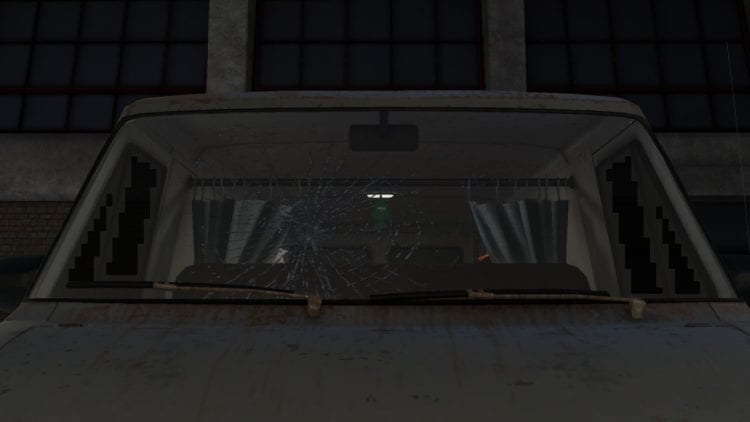 There is one particular problem I’d like to point out, and that’s this weird texture glitch I’m seeing during My Career. Specifically, it’s my character’s van windows. It’s like the game decided to render them in 8-Bit Mode. In any case, we’ll talk more about the game’s performance in our Benchmark and Technical Review. 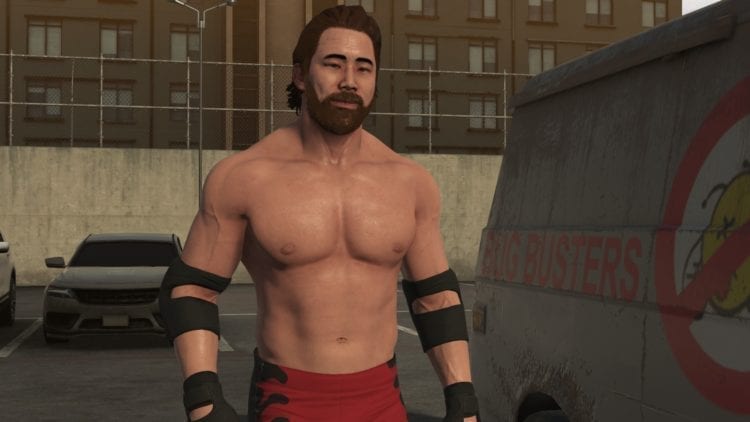 Speaking of MyCareer, it’s back and better than ever! For starters, you’ll create your MyPlayer superstar based on a preset (don’t worry, you can change that later.) After that, you can choose from several activities, all of which grant you Virtual Currency (VC). VC is used to purchase tokens for loot crates. Don’t worry, everything can be unlocked without spending cold, hard cash. The only time you’ll end up spending it is if you buy the MyPlayer Kick Start.

As for the activities, you’ve got the 2K Towers. Think of these as Mortal Kombat ladders where you fight one wrestler after another. The regular 2K Tower from the main menu also rewards you with the Big Head Mode once you’ve completed Andre the Giant’s tier. Additionally, you’ve got Road to Glory, where you’re tasked to compete online to earn a spot at a future PPV. You can also choose a faction which has its own badges and challenges.

As for MyCareer, it has seen a major improvement in WWE 2K19. Your superstar starts out in the indies in a fed called BCW. The promoter is none other than Barron Blade! Your sidekick is Cole Quinn, who’s frustrated since he can’t find a gimmick that works for him. There are a lot of nods to previous wrestling incidents while also giving you some inside jokes about the business. In some ways, it mirrors the tumultuous lives of “grizzled young vets” before they make it to the big leagues.

Although it doesn’t provide much freedom, what MyCareer and MyPlayer offer are tons of content for you to grind and complete. Picking specializations, choosing your skills and attribute nodes while leveling up, plying your craft against other players, and earning prestige ranks all mean that there’s a lot of replayability. 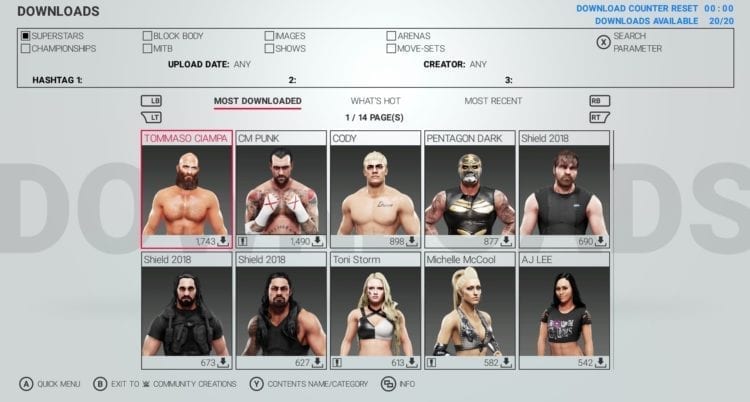 The Creation Suite for WWE 2K games has always been a highlight. Even if you didn’t like some of the mechanics or you felt bored by yearly iterations, you always had this feature to look forward to. This year is no different. You’ve got the Create-a-wrestler/superstar (CAW), custom arenas, entrances, movesets, movies, and many more including Money in the Bank briefcases.

As usual, you’ll see the talents of many fans and gamers in the community. The system in WWE 2K19 is fairly intuitive. You’ve got new additions such as being able to copy accessories from one limb to the other. There’s also the Mirror option where if you tweak your CAWs left eye or eyelash, those on the right would follow suit. Finally, you can even create “block” bodies – essentially Minecraft versions of wrestlers.

As someone who’s been making CAWs for a long time, I gave it a quick go as well. With the success of the Mae Young Classic and fans tuning in for women’s wrestling, I ended up choosing Mia Yim as the first CAW I’d make. 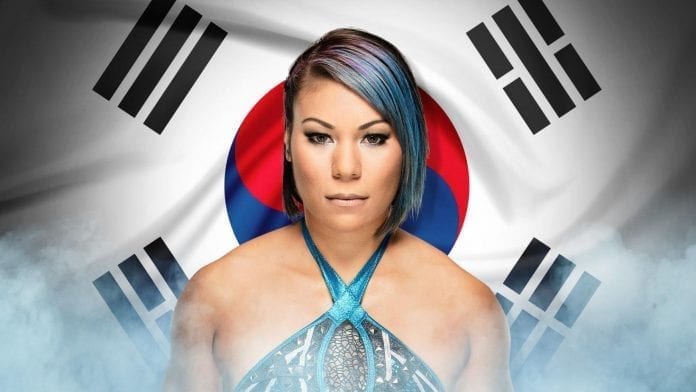 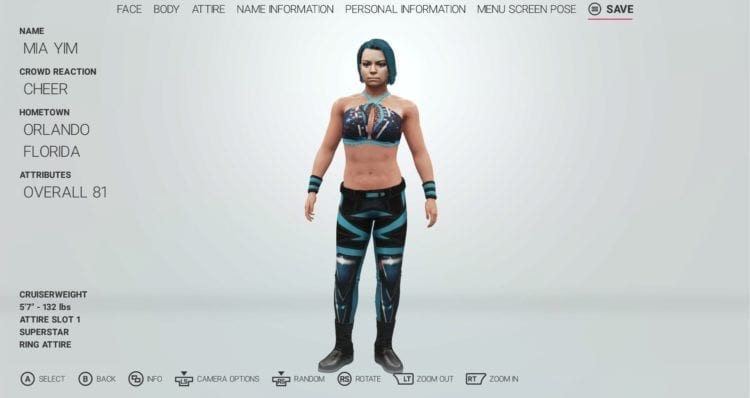 It was worth a try, eh? The attire seems okay and accurate. I do need to tweak the face a bit. I’m planning to add more CAWs later on such as Io Shirai, Meiko Satomura, Mercedes Martinez, Buddy Murphy, and Flash Morgan Webster. 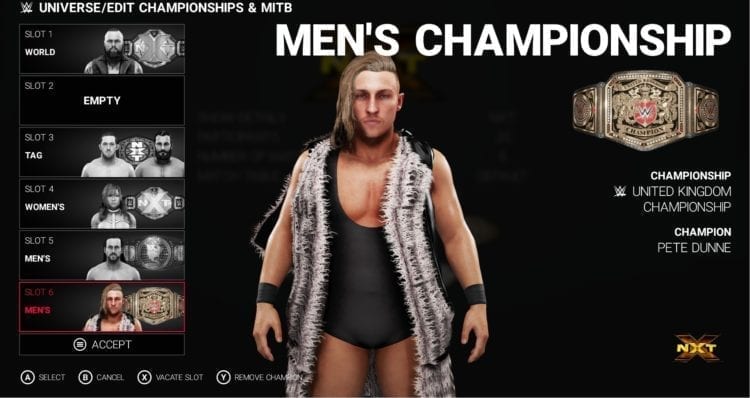 Universe Mode in WWE 2K19 has also undergone some much-needed improvements. There are additional options when creating your own shows. In previous years, you had the choice of the following:

Say goodbye to that. In WWE 2K19, you can assign up to six championships per show, not limited to championship type, gender, or weight class. You can even assign Money in the Bank briefcases now. When you set a championship, you can customize their respective divisions. This means only the wrestlers you select for a particular division will go for that title. Main eventers go for the Undisputed or WWE Championships, whilst Big Red Erick Rowan just hangs around in the Tag Division — how unfortunate given that he was in the co-main event at Wrestlemania once upon a time.

You can also tweak the brand new Match Table feature, which is how often specific matches get booked on each show. So if you want a Teddy Long-style SmackDown, go ahead and turn up those tag team matches to 100 percent, playa! Don’t forget that you can still set rivalries, such as “going one-on-one with the Undertaker!”

Overall, Universe Mode will certainly keep simulation and armchair bookers pre-occupied due to these improvements. Given that you have the biggest roster to date in any WWE game (over 200 superstars including DLC characters), plus a hundred CAW slots, you’re going to have your hands full. My only gripe is that, once again, they removed some logos from the previous year. How hard can it be to just keep those NXT Takeover logos there so I don’t need to download them again? 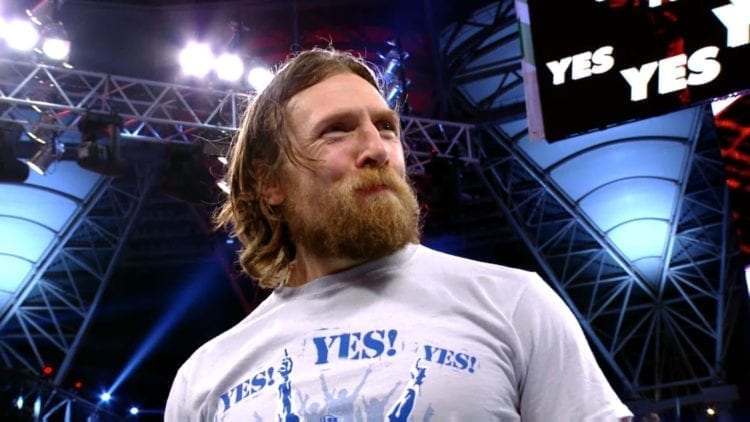 Another treat for wrestling fans is the Daniel Bryan Showcase. Bryan was the quintessential indie darling who was a highlight in NXT before making it big in WWE’s main roster. He became the everyman, the underdog hero that everyone cheered and shouted “Yes! Yes! Yes!” for. Unfortunately, the wear and tear after so many years of wrestling finally caught up. Due to multiple concussions, he was forced to retire. Then, just earlier this year he returned after medical experts cleared him for in-ring competition. He still remains a popular superstar and a genuine fan favorite.

The Daniel Bryan Showcase allows you to experience the ups-and-downs of his career starting with his humble beginnings in WWE Velocity against John Cena. You then follow his journey in the squared circle from his rivalry with The Miz, Kane, and The Authority led by Triple H.

Everyone knows wrestling is choreographed, and the matches you have will encapsulate that fact. You’re tasked to do certain moves from specific positions or locations. There are several cutscenes during matches and even a QTE sequence. Interspersed with matches are Bryan’s interviews about how these moments came about.

It’s a well-made feature, albeit a short one. You only get roughly half a dozen matches, although it does include some of Bryan’s most memorable outings. The final match in the showcase is a dream match as well. Also, commentary in the Daniel Bryan Showcase is highly entertaining. Nothing beats Michael Cole trashing NXT Bryan while Corey Graves and Byron Saxton provide some quips even though they weren’t in the booth during that time. 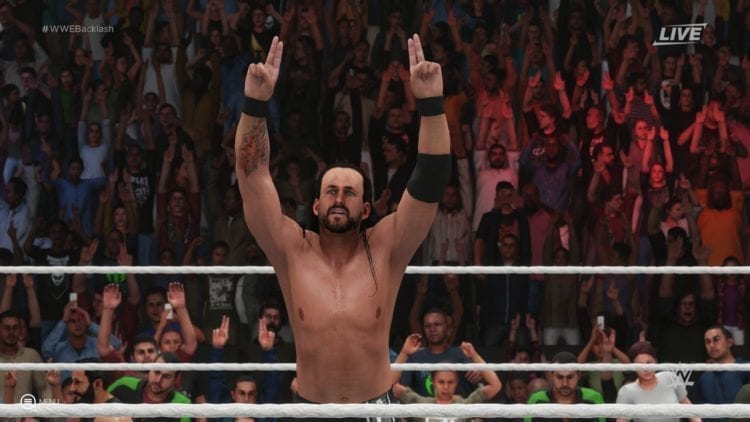 WWE 2K19 is not perfect. There are some bugs mentioned above, and a few more which we’ll discuss in our Technical Review. The game provides that same old feeling with a tried-and-tested concept. This is something that will remain divisive as long as Yuke’s and 2K stick to their ways.

With the addition of the 2K Towers and Big Head Mode, along with 8-Bit and Cel Shaded styles for your shows, it seems that the developers are giving the game that arcadey feeling — something that, quite frankly, has become a lost quality in WWE titles. Likewise, improvements in the Creation Suite and Universe Mode, along with an engaging MyCareer and Showcase, all combine to create a not-so-small package.

WWE 2K may have been a B+ franchise for a long time, but WWE 2K19 has shown that its creators have learned from past shortcomings. In many ways, we’re seeing the culmination of half a decade’s worth of trials and tribulations, leading to one of the best offerings in the series. As Roman Reigns would say: “Buh-lee dat!”

Be sure to check out our PC benchmark and technical review as well.

Despite being rough around the edges, WWE 2K19 provides an enjoyable experience owing to new features and multiple improvements across the board.