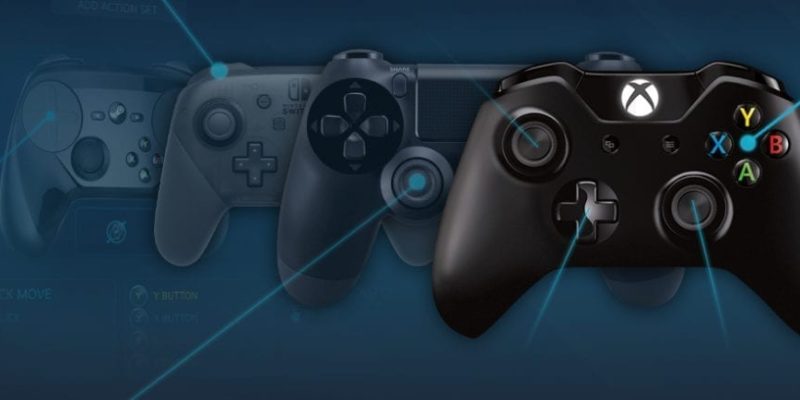 When it comes to PC gaming, one of the most important things for players is a good controller. Valve recently released an in-depth report on this very subject. As it turns out, the Xbox 360 Controller dominates when it comes to which device Steam players prefer to use. Almost half of Steam’s controller-wielding gamers have connected a 360 controller to their account.

We all know that controllers can make or break your gameplay experience. As such, it’s no surprise why Xbox 360 continues to remain on the top. The controls just feel natural, having a good grip and working well with most games.

Background of Controller Use on Steam

Back in 2015, Valve began to add tools that allowed players to go beyond the previous restrictions that were set for inputting other controllers. This included tools that allow Steam users to be able to map controls from various devices (e.g. Steam Controller, PlayStation controllers, Xbox controllers). This basically allows you to put any combination of inputs that the title understands (e.g. keyboard keys, mouse movement, controller presses). It became known as ‘Steam Input’.

Over 30 million players on Steam have registered at least one controller, and over 15 million of those players have registered more than one on their account. Those are huge huge numbers. 27.2 million users have connected an Xbox 360 controller, which equates to 45% of all controllers used. You also can’t ignore the fact that PS4 controllers account for 12.2 million (20%). According to all this info released by Valve, console controllers are king instead of your generic ones.

Steam’s report discusses even more than this, pointing out the steady growth of the Switch Pro Controller and noting the struggles players face in getting PS4 controllers to work with PCs. Make sure to give it a read if you’re interested in learning more.

Nvidia has reportedly pushed back its RTX 3080 Ti announcement