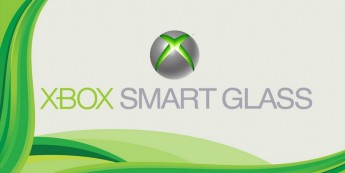 According to Microsoft, the idea of SmartGlass is to make your movies, music and games “more engaging and more interactive,” by connecting the 360 console with tablets and your phone. Which tablets and which phones will be supported has not been announced.

In terms of how if may be used with games, two examples were shown. First, with the upcoming Madden 13 you will be able to create custom plays on your tablet and then transport them into the game. Secondly, with Halo 4, schematics of whichever gun your using will be displayed in real-time on your phone/tablet. You can also accept multiplayer invites on your tablet without having to go into the menus of the game.

Perhaps the most interesting demonstration of the technology (if you’re a swords and sorcery geek, at least), involved the Game of Thrones TV show. While watching an episode through your 360, your tablet is able to display a map of Westeros which highlights exactly where in the world what you’re watching is taking place.

SmartGlass will also be integrated into the newly announced Internet Explore browser for 360.