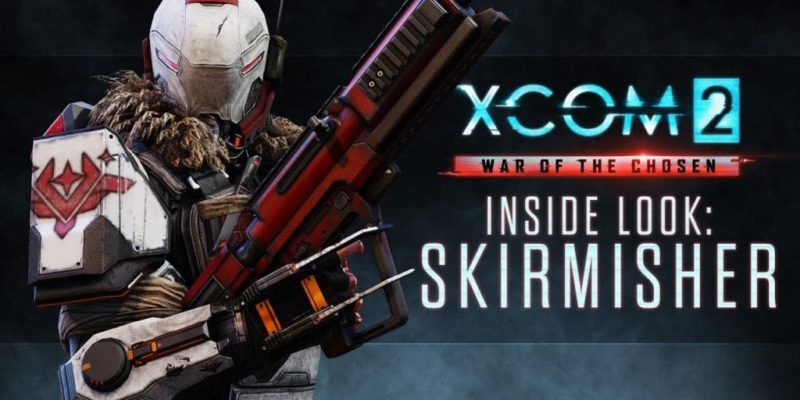 Another Firaxis trailer for XCOM 2: War of the Chosen has appeared, this time looking at the Skirmisher faction. Prior videos have covered the Assassin and the Reapers.

Skirmishers are former ADVENT soldiers who’ve used amateur surgery techniques (presumably) to remove their mind-control chips. Now free to do what they fancy, they’ve turned against their oppressors. In terms of weaponry, they’ve got a multi-purpose grappling hook and a Bullpup SMG.

The former can be used for level mobility, pulling foes out of cover, or even delivering an electro-shock. Their Bullpup, meanwhile, is powerful at close range. In terms of skills and abilities, it sounds like the Skirmisher will specialise in getting extra turns. ‘Reflex’ for example, “yields extra actions for each enemy that fired upon them the previous turn.”

XCOM 2: War of the Chosen is coming out in August. Here’s the new trailer.