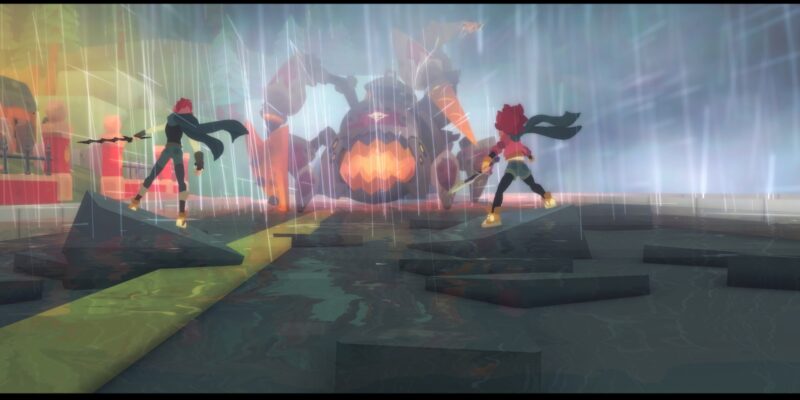 I’ve always enjoyed beat ’em ups. While not a particularly complicated or demanding genre, there’s something inherently satisfying about walking to the right and beating the hell out of everything in your path. Young Souls is technically a beat ’em up. You move to the right while hitting things. The things have life bars. But it’s really more of an action RPG. The game is aiming to release later this year, and I got to check out the demo a bit early. Now, I’m going to type words about it because that’s in my job description.

Young Souls‘ demo has two sections. The first is a 20-minute introductory segment that mostly shows off the plot. Things begin in media res and show the twins Tristan and Jenn fighting hordes of goblins as a city lies under siege behind them. This functions as the game’s tutorial. After getting their asses handed to them on some kind of ass platter, the story goes back to the beginning. The two sarcastic teens have been adopted by a professor that they don’t seem to respect much. He sends them out to sell some junk to a pawn shop, which the gruesome twosome happily oblige.

But when they get back, they notice that the place has been broken into and the professor is nowhere to be seen. It turns out there’s a weird lab downstairs connected to a goblin dungeon. Well, how ’bout that?  Tristan and Jenn step through the portal and demo A ends. Demo B picks up a couple hours into the game and lets you go through a few sections. This is a lot longer and took me about 50 minutes. I did accidentally fight a level three boss while I was level one, though, instead of going through the level one section. It seemed weird that the game was so hard right off the bat. 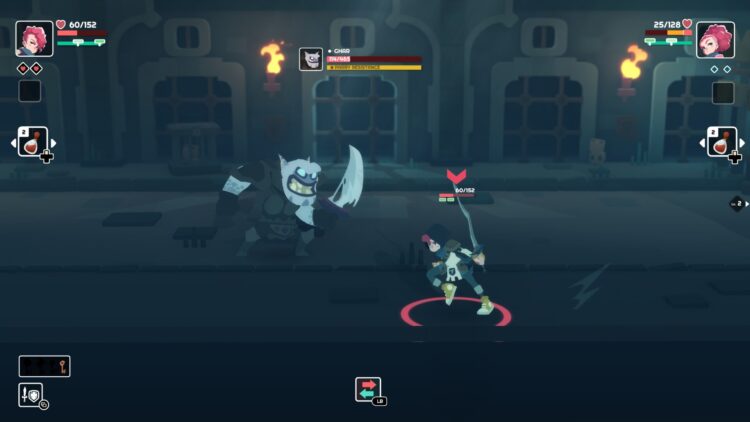 That’s not to say Young Souls isn’t hard. If you’re not careful, this game will kick the ever-loving shit out of you. If you’ve got a buddy you can each control a twin. Otherwise, you’ll swap them back and forth during play. The reserve twin gets to refill their health and enemies can easily wreck you, so making use of this is a very good idea. You can also dodge, block, and parry. Kindly, the parry has some leeway, so you don’t have to pull it with razor precision to stun your enemy and dish out some pain.

Combat seems kick-ass so far. There’s a lot of weight to both you and your enemy’s strikes. Some of the bosses can even combo you half to death by bouncing you off of walls repeatedly. Thankfully, each character has a few lives as long as you’re able to revive the other. You’ll also find new weapons and gear that can completely change up your playstyle. You can add poison, bleeding, and even life leech. See, full-on action RPG. I do also need to mention that this game is insanely gorgeous and has some incredible art and animations.

Young Souls wasn’t on my radar before trying the demo out, but now it’s one of the upcoming games I’m most looking forward to. Here’s to hoping it releases soon because I need to keep hitting goblins or the months are set to be rough. 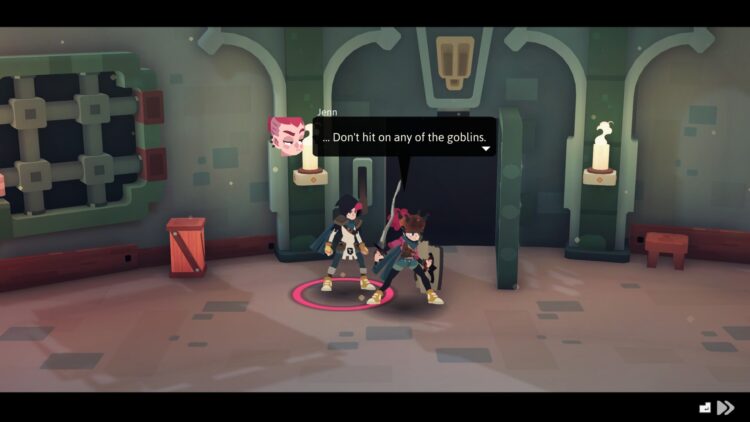