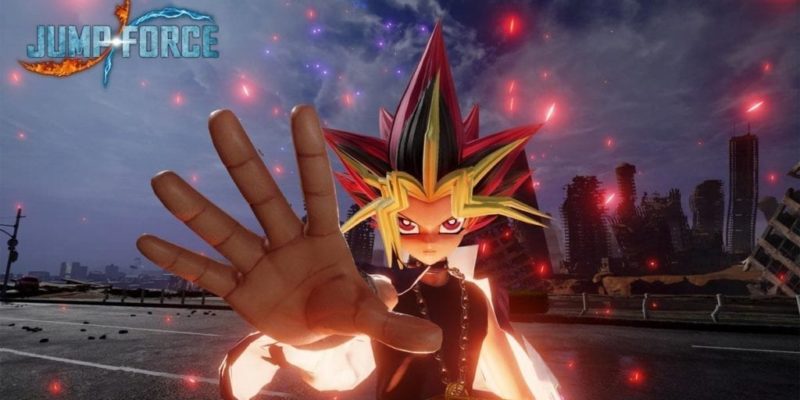 Another exciting announcement from Bandai Namco Entertainment Europe this week! The main protagonist from the popular manga and anime series Yu -Gi -Oh! is joining the roster of Jump Force. Sadly, we don’t have too many details to reveal to you beyond the tweet from Bandai Namco. They also shared the screenshot of Yami Yugi in the game. We are awaiting an official trailer release.

Yugi from Yu-Gi-Oh! joins the fray in JUMP FORCE!
Will you be able to handle the power of the King Of Games?#unite2fight #jumpforce pic.twitter.com/7LRh9b3Xwp

The Yu-Gi-Oh! series was a Japanese manga turned anime that sees follows the story of a young boy named Yugi. Yugi loves dueling against friends and foes in a very intricate card game “Duel Monsters”. After he finds and solves the ancient Millennium Puzzle, he becomes host to a strange and powerful spirit. During his duels, he transforms into an older version of himself, when the spirit takes control. The two form a very close bond and friendship, going through many hardships together.

For fans of this series, this is a welcome announcement, and he looks pretty sweet so far from what we’ve seen. As a long time fan of both the Manga and the Anime series, I am excited. I grew up with this series and am very much intrigued by this announcement. The good thing is that it is going to be across all platforms, which gives players a chance to play it on the go as well.

Stay tuned for more information as it becomes available, and be sure to check out our other announcement from Bandai Namco this week. What do you think of this announcement? Will you check out Jump Force next year? Let us know in the comments below.

Jump Force is headed to PC  and other platforms sometime in 2019.