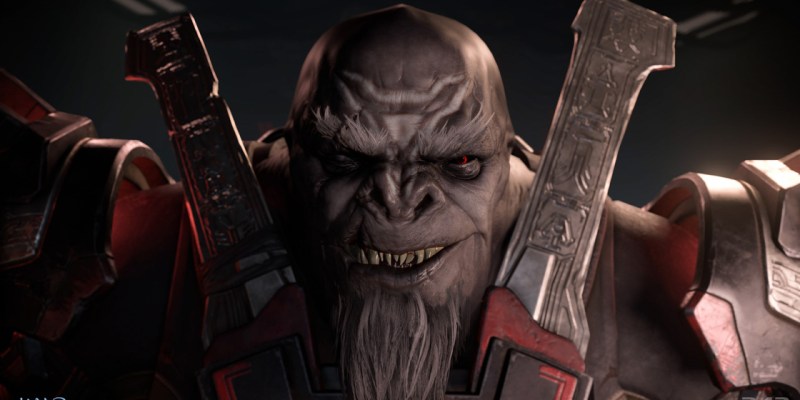 Game delays are nothing new in the video game industry. Whether it’s the latest AAA blockbuster or a niche indie title, we’re all waiting on something right now that’s taking longer than planned. However, if you had asked me at the beginning of this year to name a game that wouldn’t get delayed, my answer would have been Halo Infinite. This is a game that has already had a long development cycle. It’s been five years since Halo 5: Guardians, and Halo Infinite was introduced with a trailer at E3 2018. The game was due to be the big launch title for the Xbox Series X. There was no way that it could be delayed. However, after a truly underwhelming gameplay reveal last month, Microsoft took the bold decision to delay release until next year. I’m left to wonder: how deep are the problems in the Halo franchise and at 343 Industries?

Halo is the franchise that put Xbox on the map in 2001. It proved that first-person shooters can work not just on PC, but on console, building upon the concept laid out by GoldenEye four years prior. Bungie not only created the series, but shepherded it through three mainline entries as well as two side games (Halo 3: ODST and Halo: Reach).

When the developer parted ways with Microsoft in 2007, a new studio was formed to look after the franchise. Since then, 343 Industries has guided the IP, starting with a remaster of the original game, then to Halo 4, a couple of spin-offs (Halo: Spartan Assault and Halo: Spartan Strike), Halo: The Master Chief Collection, a remaster of the first Halo Wars, Halo Wars 2, and Halo 5: Guardians. While 343 managed to keep the franchise alive, the developer failed to achieve Halo‘s former glories.

343 Industries introduced itself with Halo 4

Technically, Halo: Combat Evolved Anniversary was first, but it was just a remaster done in collaboration with Saber Interactive. The first mainline release from 343 Industries was Halo 4. As the first game in the series without any involvement from Bungie, fans were holding their breath to see what would emerge. In truth, Halo 4 was somewhat polarizing.

From a visual and technical standpoint, Halo 4 was a big step forward from previous games. It ended up being one of the best-looking games on Xbox 360. What’s more, Halo 4‘s updated version in Halo: The Master Chief Collection almost looked as good as Halo 5: Guardians, which was designed for Xbox One. Another area that 343 Industries succeeded in with Halo 4, was the story it told. It provided a great launching pad for a new trilogy in the franchise.

Not everything from Halo 4 was great, though. While the campaign did tell a good story and revealed interesting aspects of Master Chief and Cortana, the new enemies weren’t the greatest. Despite having an abundant bestiary of enemies to play with, 343 Industries introduced the Prometheans. These new foes looked pretty bland and weren’t particularly interesting. The exception were the Promethean Knights, who were frustrating, but in just the right way.

However, the biggest issue with the game was multiplayer. At launch, the balancing was way off and needed correcting. The whole experience felt like it wanted to be Call of Duty. What should have been a refinement of previous games was instead thrown away to try and replicate the successes of other franchises. As for the Spartan Ops mode, well, let’s just say that there’s a better story in the list of ingredients on a cereal box. 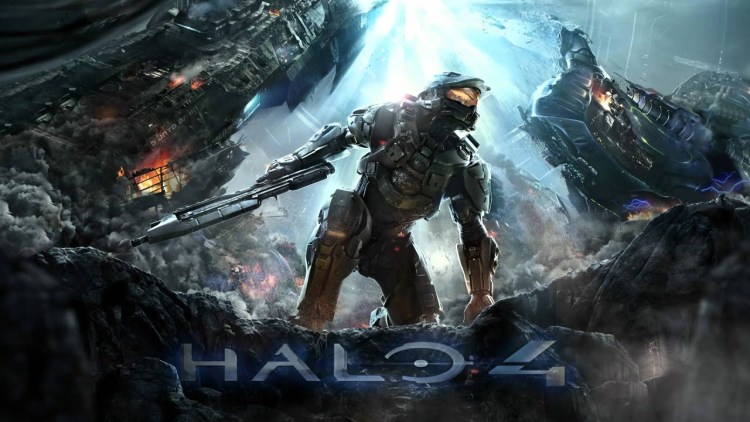 During the development of Halo 2: Anniversary, it was decided to bring all the mainline series entries to Xbox On. Halo: The Master Chief Collection was born. Saber Interactive was again recruited to remaster Halo 2 as well as bring Halo: Anniversary to Xbox One. Meanwhile, Ruffian Games handled the ports of Halo 3 and Halo 4. One of the big selling points of the package was that every single multiplayer level would be included and playable.

While this was achieved, the matchmaking systems at launch just didn’t work. You would end up waiting ages for a match and then would often not be able to join the game that you were linked to. Despite numerous patches, these problems persisted for many months. 343 Industries ended up issuing numerous apologies and tried to sweeten up players by adding Halo 3: ODST free to everyone who already owned the collection.

After that debacle, 343 Industries needed the next game in the franchise to be a home run. Unfortunately, Halo 5: Guardians was more of a bunt-and-run. For a start, the game was visually disappointing. Some of this was blamed on the underpowered nature of the original Xbox One. However, when you consider that games like Red Dead Redemption 2 and Gears 5 run on that system and look great, it’s not really a valid argument. The biggest problem though, was the story that it told. It was just a mess, and left the franchise in somewhat of a narrative cul-de-sac.

The only real plus to come out of Halo 5 was the multiplayer component. There was something for everyone. Whether you were a first-time Halo player or an esports pro, there was an online mode that catered to you. 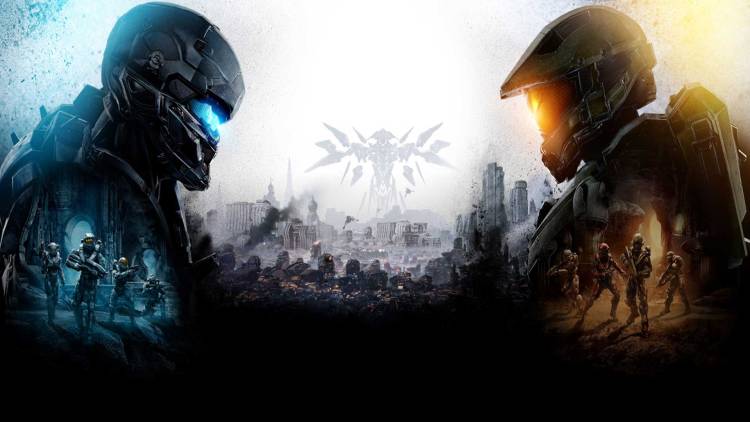 Halo Infinite and the Slipspace Engine

For the first time in the franchise’s history, Halo was in real trouble. Even hardcore fans were questioning the future of the series. 343 Industries went back to the drawing board for the next game. Its first move was to change the game engine. Up until this point, Halo had always used the same game engine (although it was modified for each release). The Slipspace Engine was created and shown off in a trailer that introduced Halo Infinite at E3 2018. The footage looked impressive, suggesting the game would feature an open-world approach. Could it be the shot in the arm that the franchise needed? We would have to wait over two more years to see anything else from the game. I’m sure you all remember how that turned out.

The gameplay reveal for Halo Infinite was shown in July, and didn’t get the reaction that was hoped for. While the gunplay and open-world nature of the game were welcomed, the visuals were ridiculed and even became a meme. For a game that was supposed to be the flagship title for “the most powerful console ever,” it was a disaster. It wasn’t long until Microsoft announced that the game would be delayed.

With such a checkered history, one must ask if 343 Industries is the team to entrust with Microsoft’s prized asset. As this is a studio that they built specifically to look after the franchise, it is highly unlikely that the publisher would task another studio to look after the IP. That doesn’t mean that it can’t change things, though. 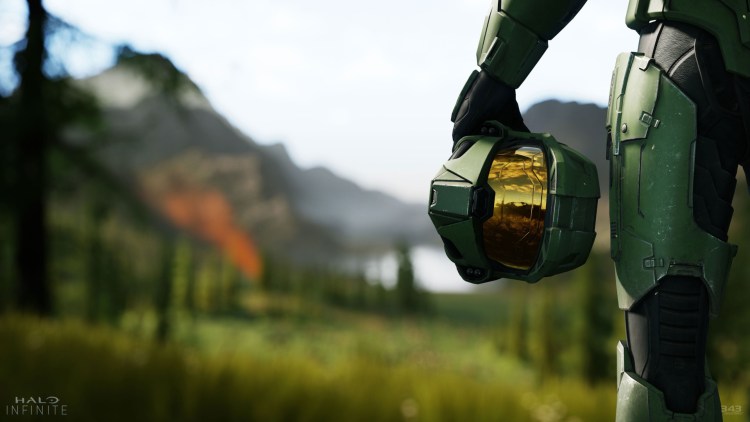 Joseph Staten, a Halo veteran from the Bungie era, is the new product lead on Halo Infinite. As someone who was previously floating around a number of positions at Xbox Game Studios, his reappointment to Halo seems like a smart move. It doesn’t scream of desperation, but rather adds a safe and steady hand on the tiller. However, it’s uncertain how much of a difference any single person will make at this late stage of development. Staten is primarily a writer though, so he will be able to help with the narrative and story beats of Halo Infinite. However, the biggest issue with the gameplay reveal was the lackluster visuals. This is something that the technology team behind the engine as well as the art department need to correct. If there are also problems with the story of the game, then the whole project could be in really dire straits.

After the array of disappointments that plagued their other Halo entries, 343 Industries still has a lot to prove with Halo Infinite. They are clearly trying to shake things up with the new game engine and open-world experience. It’s not just a case of whether this will be enough, though. The bigger question is whether it’s up to the task at hand. Halo has been the central pillar of the Xbox brand. A new entry in the series needs to be an event. It’s something that should not only keep fans engaged, but also draw in new gamers to the franchise. At the last showing, Halo Infinite was clearly not in a position to do that. 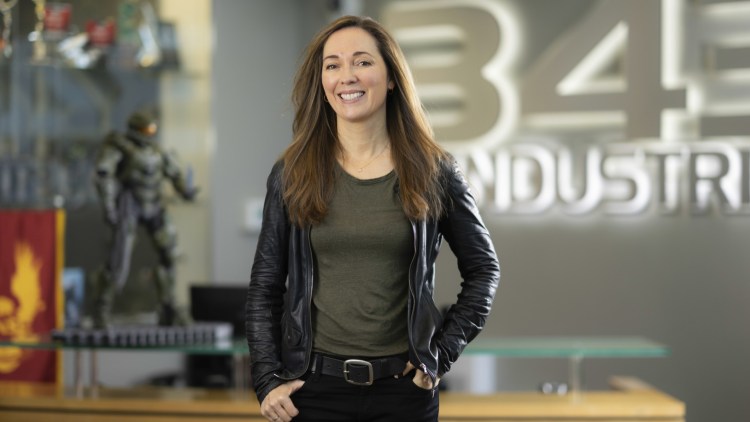 Bonnie Ross, head of 343 Industries and the Halo brand.

To Infinite and beyond

Next year marks the 20-year-anniversary of the franchise. In its lifetime, Halo became a staple of the first-person-shooter genre. To continue for another 20 years, it needs to evolve. And that’s what 343 Industries appears to be doing. The studio clearly has the backing of Microsoft, but does it have the talent required? As a huge Halo fan since the days of the original game (which I still have both an Xbox and PC copy of), I’m hoping for the best. 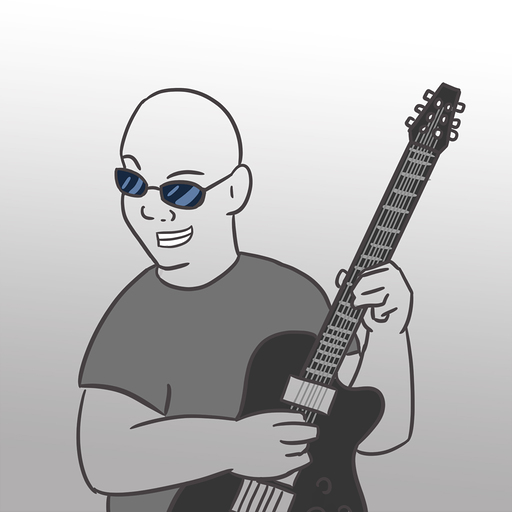