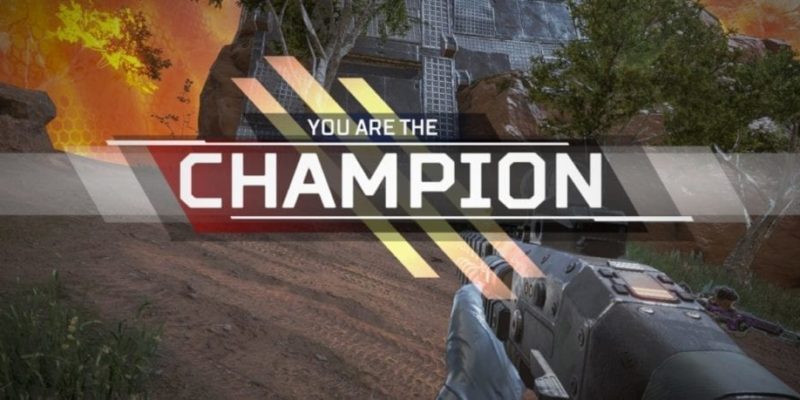 The surprise launch of Apex: Legends a few weeks ago caught everyone off guard. Even with almost no marketing before hand, Apex has gathered a huge following rather quickly and shaken the battle-royale genre up in a big way. Like the rest of you, I have been playing Apex alone and with friends as much as I can. Although I’m not the best player out there, I can still spot some pretty simple mistakes from some newer players. Below are some of my tips for newer Apex players to help step up their game.

When it comes to winning games in Apex: Legends, where you decide to drop is arguably the most impactful decision you will make. While the Hot Zones and Dropship are very tempting, they can also be a quick ticket back to the lobby. There will almost always be three or four other teams that go for these areas, and there isn’t enough loot for all of you. I would generally avoid these areas unless you are very confident in your team’s early game combat skills. Although, these areas can be fun if you’re just looking for a quick fight.

If your aiming to make it into the Top Five, your best bet is to drop away from other squads. Obviously every match is different, so there is no definitive “best spot to drop”. However, assuming they’re not Hot Zones, below are some of my favorite areas. They all spawn High Tier loot and at least one of them will be safe to drop in to in any game.

You’re Not John Wick, Don’t Be A Lone Wolf

Once you’ve dropped, everyone will inevitably spread out and start scavenging for loot on their own. This is fine for a bit, as long as everyone remembers to link back up before moving on to a new area. One of the easiest ways to die in Apex: Legends is getting caught alone against a full enemy squad. Even the best players will have trouble defeating three enemies on their own. This is especially true when you’re playing with strangers and communication is less than ideal, which leads into my next tip…

If this was a ranked list, communication in Apex: Legends might be at the top. Whether you’re in a full squad of friends of complete strangers, it’s critical that everyone is on the same page at all times. Luckily, developer Respawn Entertainment knows this as well and they have baked in plenty of intuitive methods to communicate even without a mic.

For starters, you can ping almost anything in Apex: Legends. Everything from loot, areas you want to explore, and enemy locations can be conveyed via the in-game ping system. If you’re playing with strangers and are not going to use in-game voice communications, you must make use of this function. It’s even a great supplement to voice comms, as you can mark exact enemy locations instead of just saying “over there by that tree”.

A New Lease On Life

One thing I’ve noticed while playing with strangers is that people will just leave as soon as they die. I don’t know if this just them rage quitting or if they are not aware that dead players can be brought back into the game by their team.

So for those of you who might not be in the know here’s a quick lesson. Dead players can get back into the action if their team grabs a beacon from their dead body within 90 seconds the players death. Once they have the beacon, the must bring it to one of the designated Team Revival locations on the map. After a short delay, the player will be brought back in via drop ship with absolutely no gear. While losing all your gear stinks, it’s better than being dead. Also, It’s worth noting that this drop ship is very loud and visible from a long way off. Don’t be surprised if it attracts some unwanted attention.

Experiment With All The Legends

Like other “Hero-based” shooters, knowing what all the characters are capable of is key to survival and success. While everyone is going to eventually settle on their favorite character, learning how all of them operate will prevent you from being surprised in combat. Like the old adage says, “Knowing is half the battle”.

For example, did you know Caustic’s Gas Traps can be disarmed? If you shoot the trap at it’s base, it will collapse and implode without releasing any of it’s toxic fumes. It also will not alert the enemy Caustic that his trap has been triggered, thus concealing your movement. Of course, you can also shoot his traps to detonate on purpose if the situation calls for it. Caustic’s gas obscures vision for everyone, friend or foe. You can use this to your advantage and use the gas to cut line of sight, allowing you to reposition or escape.

That’s all the tips I have for now. Post any tips you have for new or veteran players in the comments! Before I go, I’m leaving you with a video of one of my better rounds of Apex. The ending gets pretty explosive. Enjoy!

Tyler Scott
Lover of tacos, Starcraft, and craft beer. When I'm not busy getting crushed on the ladder, you can find me beating my head against a Dark Souls boss or rocking out to The Sword.

Week In PC Game Releases: Rallying And Rising Towards The End Of February