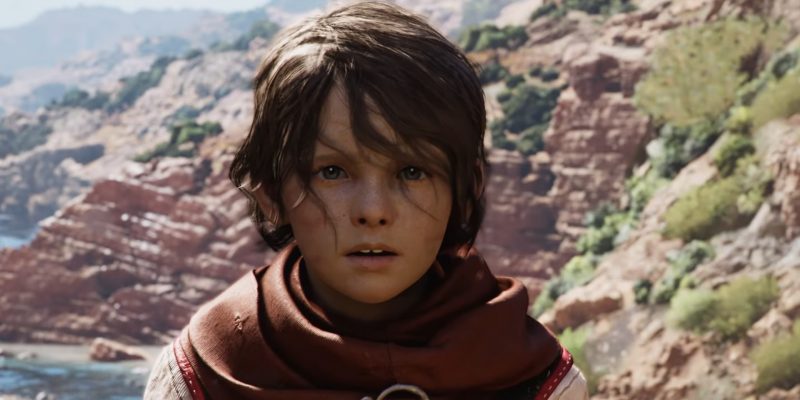 The original A Plague Tale: Innocence released back in 2019. The game was somewhat of a sleeper hit with its visuals being praised along with its gameplay. The rat-infested story will continue with A Plague Tale: Requiem coming in 2022.

There isn’t much known about the mystery title other than the teaser trailer shown during the Xbox and Bethesda press conference. We at least know you’ll be up to your gills in rats once again in A Plague Tale: Requiem. All of the footage shown was at least in-engine, providing at least a potential glimpse at what’s to be expected.

From the teaser, it looks as though the story of Amicia de Rune and Hugo will continue on. It looks as though Amica would be willing to lay it all on the line, at one point in the trailer even stating, “He’s my brother and I would die for him.” There’s only so much that can be gleaned at this time from the small teaser shown. From the looks of it though, the path ahead won’t be easy, showing off a few moments where conflict unfolds.

A Plague Tale: Requiem will release sometime in 2022. It’s currently in development by Asobo Studio and Focus Home Interactive. Early reports had pointed to development starting back in 2019, so, the game is undoubtedly far enough along to hit its 2022 launch. The facial animations, although in-engine, set some pretty lofty expectations.

One of the main points that was part of the reveal and ended the trailer was that A Plague Tale: Requiem will also be tacked on to Microsoft’s Game Pass subscription service and available on its launch. It joins the many other titles that will launch on the service, with the inclusion of Bethesda’s library of games.

This article will be updated as more information becomes available.