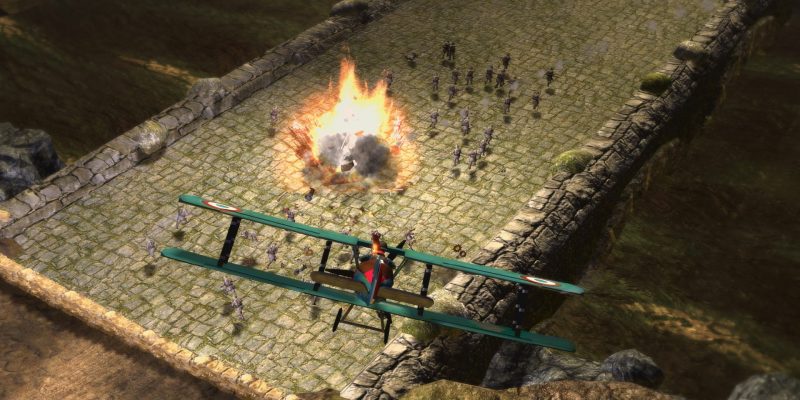 Anyone who grew up playing Xbox Live will likely be familiar with Toy Soldiers. The well-known strategy game became one of the platform’s iconic indie titles alongside Castle Crashers and Geometry Wars. A PC port followed in 2012 and then, finally, The Complete Collection featuring all of Toy Soldiers‘ DLC was released on Steam in 2016. Over a decade after its original release, a Toy Soldiers HD remaster has been announced alongside its release date.

Confirmed for an August 2021 launch, Toy Soldiers HD will be a fully featured remaster of the original game. As well as featuring all of the original content, developer Signal Studios is also using this opportunity to add “never-before played content.”

For those unfamiliar, Toy Soldiers is a World War I real-time strategy game. The unique twist is that all of your units are plastic toy soldiers. This charming aesthetic hasn’t been replicated since and is a key reason why Toy Soldiers stands out amongst its competitors.

It takes inspiration from tower defense games, focusing on the fortification of defenses to keep the enemy at bay. Furthermore, you can experience fights as a commander or in first-person. The ability to switch from strategy to shooter on the go has become more common in recent years. Back in 2010, though, the idea of creating an FPS/RTS hybrid was truly innovative.

When its release date arrives Toy Soldiers HD will support both multiplayer and single-player gameplay. Both the vanilla and DLC campaigns will be available, but its online game modes are where Toy Soldiers excels. Despite its aesthetic, there is a surprising degree of complexity to be found in its mechanics. Even skilled RTS players will find themselves challenged against the right opposition.

According to its Steam page, Toy Soldiers: Complete already offers “Over 60 hours of intense combat.” With even more content lined up for Toy Soldiers HD, it could turn out to be a fantastic value package. It will launch on both the Windows Store and Steam. As for its release date price, further details are expected closer to launch.