It’s difficult to find a kind word out there about WB Games’ PC porting record. The publisher was behind one of the most high-profile PC porting disasters of 2015 (our readers even gave it an award!) in the form of Batman: Arkham Knight. They also did little to endear themselves to PC Mortal Kombat X players, which launched with numerous significant problems.

Now they’re even less popular, because it seems like any kind of support for Mortal Kombat X on PC is at an end. The upcoming ‘Kombat Pack 2’ DLC will, officially, not be appearing on PC. Nor will Mortal Kombat XL, a bundle featuring the game and all added extras to date.

More important (and telling) still, the PC is not part of the beta test for some re-structured online ‘netcode’ (a lot of technical stuff is encompassed by that term, but basically they’re hoping to remove lag from online matches), and is no longer expected to receive any improvements this update may bring. 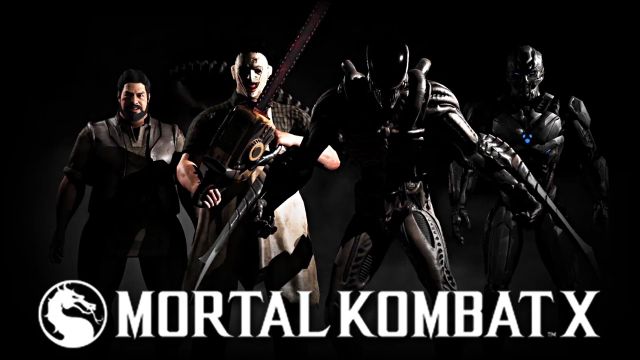 See this? Well, you’re not getting it on PC.

Mortal Kombat X had a sad old time at its PC launch. It was chosen (precisely who by is not clear) to be part of a strange download experiment, where chunks of the game were available in multiple “install packs” listed as DLC. To the best of my knowledge, no other game since has been released in this manner. Perhaps because it appeared, in Mortal Kombat X’s case, to result in game freezes, crashes, and general annoyance all round.

Quite aside from that first day screw-up, players then began to report back on unstable frame-rates (despite capable hardware) and extremely unreliable multiplayer. The one thing you really can’t afford to balls up when coding a fighting game is a solid frame-rate and stable multiplayer mode. Sadly, third-party PC port developers High Voltage Software managed to do just that.

High Voltage do not have the best porting record (similar multiplayer problems sporadically affected PC players of Mortal Kombat 9 and Injustice: Gods Among Us, and their PS4 version of Saints Row IV had severe frame-rate issues), and in the end were quietly replaced. Though the change in support studio was never officially announced, Polish developer QLOC’s involvement was eventually confirmed by their appearance in the game’s PC credits.

Remember when Nvidia’s promo-video advertised me running at 60fps, but really I was capped at 30? Ah, good times.

WB Games (or Netherrealm) were committed enough in their support of the PC version of Mortal Kombat X to make that personnel change, but it now appears they wish to wash their hands of it. That’s a strange and rather disgraceful decision, especially given that it’s not exactly a niche release on PC. According to SteamSpy figures, the title has shifted around 450,000 digital copies on PC. The SteamCharts active player graphs make for much less impressive reading, but the game is now nine months old and received dubious-to-awful support for lengthy periods of time. In brighter days, it had 13,000 people playing at once. With support ended so late in the game’s lifespan, refunds are not going to be an option.

This sorry tale could, perhaps, have been avoided with a more astute choice of third-party porting partner. High Voltage had a bumpy record on PC, but were re-hired to work on Mortal Kombat X either due to familiarity, cost, or some other mystery factor. WB ran into the same problem with Batman: Arkham Knight, where the PC port job was given to Iron Galaxy, a company with (apparently) zero prior PC porting experience. We all know how that turned out.

It’s impossible to know exactly what went wrong in each instance. Perhaps WB didn’t give each company enough time to work properly on the games? Maybe High Voltage or Iron Galaxy’s management teams put in a port pitch so far below cost that they won a contract they couldn’t realistically deliver? It’s possible that the respective company’s staff just aren’t that great at porting to the PC. Game development is a process with dozens of moving parts and interactions, any one of which can send the project spiraling out of control.

By the power of the Silmarillion, you SHALL make a good port.

WB Games did manage to publish a pair of games with very good PC ports in 2014/2015, though. Shadow of Mordor and Mad Max both came out to very few complaints (and hey, no port is perfect across every single PC). Both also did well in our annual “Best PC Port/Version of the Year” reader polls, with Mordor actually winning the 2014 category (Max was edged out by GTA V). What was so different about these PC versions?

Just as with the failed ports it’s hard to pin-point a single factor, but it’s notable that the PC releases for these games were handled in-house by Monolith (Mordor) and Avalanche (Max). Those two developers have plenty of experience developing for the PC. Almost every single one of Monolith’s games has been on PC, sometimes exclusively; while Avalanche’s Just Cause 2 is an infamously impressive piece of technical work.

Of course, not every developer can come pre-qualified in PC work. Sometimes it really is going to be better to out-source to a third-party. In those cases though, you need a specialist. You need someone like Nixxes (Deus Ex: Human Revolution, Tomb Raider (2013) and various others on PC) or the absolute heroes at Little Stone who managed to do a pretty much flawless port of Valkyria Chronicles with a team of just four people. Things can always go wrong, but if you hand the conclusion of your big-budget Batman series to a studio who’ve never done a PC port before you’re kind of keeping your hand on the side of the scale marked “fuck-up’s a-brewin’”.

I’m not even sure where this image is from, but it’s labelled as Mortal Kombat X and I love it.

Both the Arkham Knight and Mortal Kombat X situations have hopefully poked WB Games in the place a publisher is always most vulnerable: its revenue stream. The refund process with Arkham Knight, prompted by Steam’s adoption of the system earlier in the year but continued far beyond the usual two hour play-time/two week return period by WB, must have (rightly) cost them a fair amount of cash. They must also be taking some sort of hit on Mortal Kombat X, given that they’re not even going to attempt to sell the next DLC or XL on PC.

When a publisher doesn’t even want to bother selling people something, the situation must be grim.

Possible internal factors notwithstanding, WB Games’ poor choice of PC port developer (or poor management of said developers) was a major contributing factor to the lousy performance and reputation of Arkham Knight and (now) Mortal Kombat X on PC. Attempts were made to correct the course in both cases – Arkham Knight being taken back in-house by Rocksteady, and, when they were unable to salvage the situation, blanket refunds applied; QLOC replacing High Voltage on Mortal Kombat X – but the ports were troubled from the very start.

Contrast these cases with Shadow of Mordor and Mad Max, where experience and knowledge of specialised PC development proved its worth.

With the high-profile mistakes already made, the best that can be hoped for now is that WB Games has learned some kind of lesson. After two very public failures, however, they may struggle to win back trust in the eyes of a lot of PC players. It is, after all, difficult to find a kind word out there for their porting record.