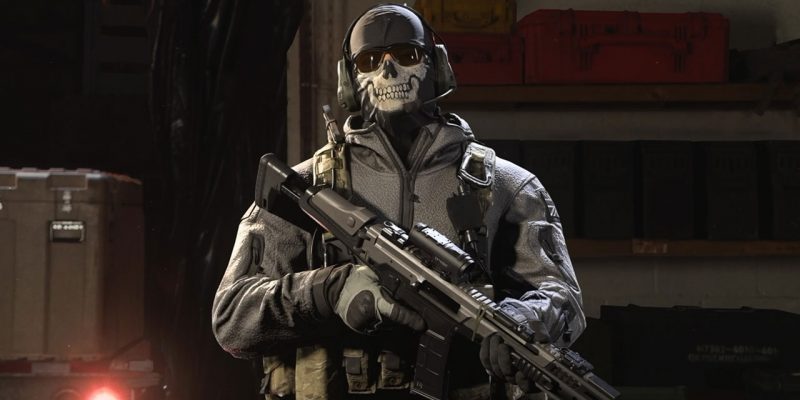 Over the years, the Modern Warfare games have produced some of Call of Duty‘s most iconic characters. From Captain Price to Soap, the franchise’s most beloved figures first appeared back in 2007’s Call of Duty 4. Thanks to the Season Pass introduced in Warzone, many of these characters have been brought back over the last year. This includes Modern Warfare 2‘s Simon “Ghost” Riley, but the future held for the Task Force 141 member is now unclear following the firing of his voice actor.

Activision has cut ties with Jeff Leach in response to a recent video unveiling potentially misogynistic language. Posted on Twitter by user NitroLukeDX, the montage consists of three parts all focused on Leach’s comments over the years. The majority of these clips are taken from Leach’s livestreams.

Respected Call of Duty news outlet Charlie INTEL contacted Activision following the announcement. The AAA publisher responded by making it clear that “sexism has no place in our industry,” and that “Activision is no longer working with Jeff Leach.”

Furthermore, Leach is an active Facebook Gaming partner. The (prior) Ghost voice actor regularly streams on the social media platform and has built up a successful streaming career through it. Facebook has yet to respond to the newly surfaced remarks.

Ghost was first added as an operator to Warzone in Modern Warfare‘s second season. As with the other original Modern Warfare characters, Ghost received a new voice actor for the reboot. Originally, Ghost was voiced by Craig Fairbrass, but Leach took over the role for both Warzone and CoD Mobile.

However, Leach will no longer be responsible for voicing Ghost or any other Call of Duty characters. Given the success of Modern Warfare, a sequel is a possibility in the future. If it is released, Activision will have to find a new voice actor for Ghost that still works well with the character’s personality.

Jagex is running a Mental Health Awareness Week in RuneScape