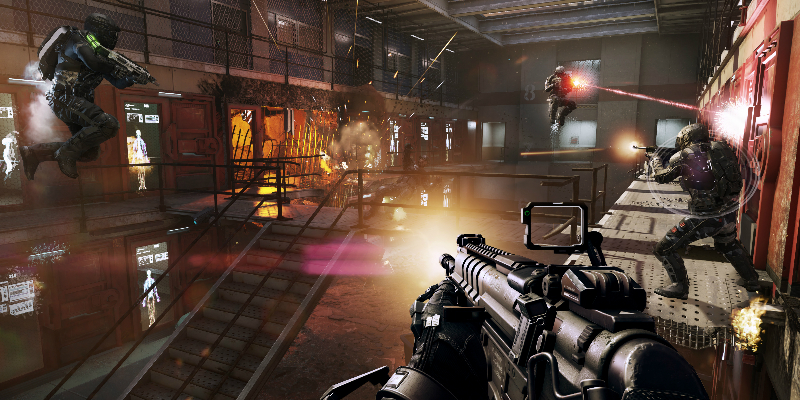 We may know what the next project Call of Duty project could be. According to a report posted by WhatIfGaming’s Ralph Valve, Call of Duty: Advanced Warfare 2 is in the works at Sledgehammer Games. If the report is true, then it would be a direct sequel to the original Advanced Warfare released in 2014.

Valve claims that Sledgehammer is looking to step away from historic shooters in favor of a sci-fi setting. The California-based developer apparently wants to create a futuristic shooter using Call of Duty‘s new IW 9.0 engine. Touted for an alleged 2025 release, Advanced Warfare 2 would be the first futuristic Call of Duty game since 2016’s Infinite Warfare.

According to Valve, Sledgehammer intended to pitch a Vanguard successor, but, with Vanguard not meeting expectations, that wasn’t feasible. Instead, it went back to the drawing board and supposedly asked Activision permission to create Advanced Warfare 2. If the report is to believed, then this pitch was accepted and an Advanced Warfare sequel is now in early development.

Leaks are getting earlier by the year

It’s difficult to say for sure if the report will ring true. At the very least, it’s rare for a AAA game to get leaked three years before launch. However, if Valve has an insider then it’s not out of the question that information like this could be leaked. Unfortunately, a source is not provided for the report, so we don’t have much choice other than to wait on confirmation.

From a logistics standpoint, Advanced Warfare 2 is actually not that unlikely. Sledgehammer hasn’t had much luck with historic shooters with both Call of Duty: WWII and Vanguard not selling overly well. Equally, there’s no room for another modern entry with Modern Warfare already existing. Therefore, it would make sense to have Treyarch work on historic shooters, Infinity Ward on modern iterations, and Sledgehammer to transition to making sci-fi Call of Duty games.